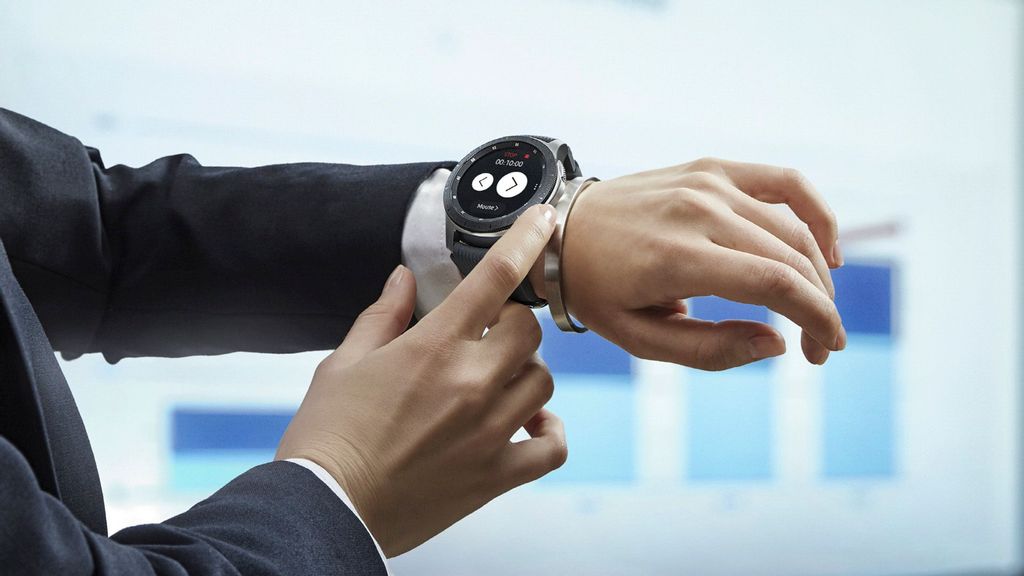 Samsung recently announced the Exynos W920, a new processor designed for smartwatches and other wearables. (Samsung)

The company said it’s the world’s first wearable-specific chip to be built on a 5nm process, helping improve performance and efficiency.

The Exynos 920 has two Cortex-A55 cores and a Mali-G68 graphics processing unit (GPU). For context, Qualcomm’s high-end Snapdragon 888 has four Cortex-A55 cores that are used for low-power tasks.

People likely will not have to wait too long to see this chip used in a commercial device.

Samsung said that the Exynos W920 “supports a new unified wearable platform Samsung built jointly with Google and will be first applied to the upcoming Galaxy Watch model.”

The model is rumored to be the extensively leaked Galaxy Watch 4 series, which is to be unraveled at Samsung’s Unpacked event on Aug. 12.

It is also rumored that Samsung will launch two foldable phones. It has collaborated with Microsoft and Google for the same.

“Our collaborations with trusted industry leaders like Google and Microsoft are why we are able to deliver mobile technology that is secure and optimized for today’s rapidly evolving and interconnected world,” said Samsung president and head of mobile communications business, Tae Moon Roh, in a blog.

“We constantly work with key partners to create cutting-edge security solutions that keep your devices and data safe every step of the way. This allows us to give you more control over your apps, data, and privacy so that you can curate your own experience — with total peace of mind.”

The company has been working with Google on new smartwatch software that combines Tizen and Wear OS, and now we know that it will be running on new hardware as well. That should be good news since performance has long been a problem on Wear OS watches.

“We are also working with Google to enrich our foldable ecosystems with popular apps and services,” Samsung said.

“For our third generation of Galaxy Z phones, we have lined up even more partner apps that make the most of the versatile fold-out format.”

“From hands-free optimized video calling with Google Duo and watching videos in Flex mode on YouTube to multitasking in Microsoft Teams, our foldable ecosystem will offer a wealth of seamless and optimized experiences.”