The event will require all attendees to provide proof that they are fully vaccinated against Covid-19.
By Zenger News Desk August 11, 2021
Facebook
Twitter
Linkedin
Email 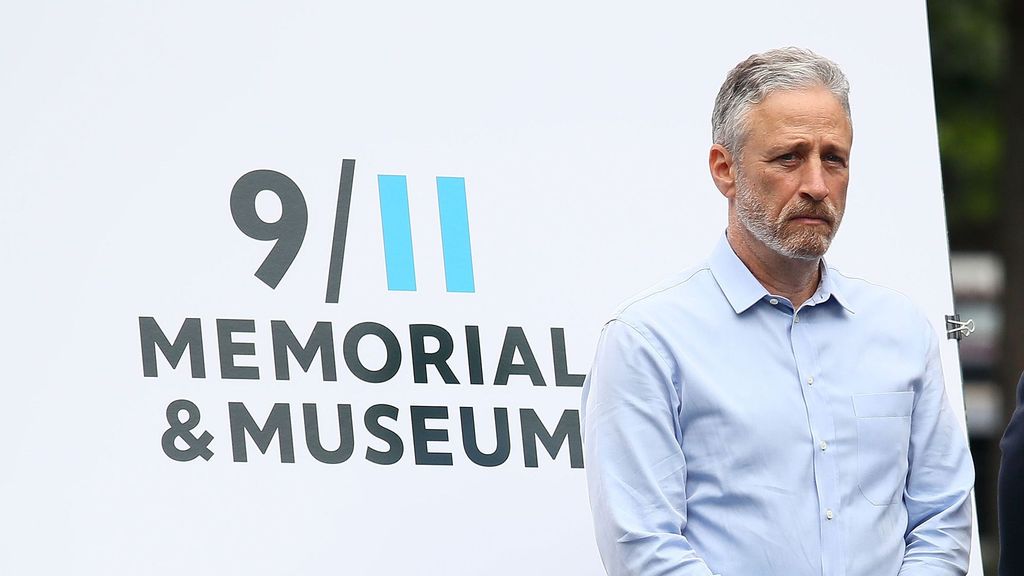 American comedians Jon Stewart and Pete Davidson will be teaming up for a comedy show, the proceeds from which will go to the 9/11 terrorist attacks charities. (Astrid Stawiarz/Getty Images)

WASHINGTON — American comedians Pete Davidson and Jon Stewart will be teaming up for a comedy show, the proceeds from which will go to the 9/11 terrorist attacks charities.

In honor of the 20th anniversary of the terrorist attack on the twin towers of the World Trade Centre on Sept. 11, 2001, the event “NYC Still Rising After 20 Years: A Comedy Celebration” will take place at New York City’s Madison Square Garden on Sept. 12, 2021, as per reports.

The event, produced by Live Nation, will feature a star-studded roster of comedians.

The upcoming event will require all attendees to provide proof that they are fully vaccinated against Covid-19 as cases surge in the country due to the delta variant, as per reports.

Davidson and Stewart also issued a joint statement for the forthcoming show.

“We wanted to put on a fun celebration to honor this great city’s resilience. It’s nice to be able to do this with friends and people we love.”

On a related note, Davidson has a personal experience with the 9/11 attacks, which occurred in 2001. His father, Scott Davidson, a New York City firefighter, died in service when the comedian was 7-years-old.

The passing away of his father is a theme that can be spotted in Davidson’s work now and then. This also includes the 2020 film “The King Of Staten Island.”

On the other hand, Stewart has also long advocated for 9/11 survivors, first responders, and victims who are still going through mental, physical, and financial troubles because of that day, even though it has been years.

In 2019, the comedian helped get the bill for the September 11th Victim Compensation Fund reauthorized after he delivered a passionate and emotional speech before Congress, as per reports.

Post this, Congresswoman Debbie Lesko, who represents Arizona’s 8th Congressional District, took to her Twitter handle and said she would reauthorize the bill.

“Today in @JudiciaryGOP I proudly voted to permanently reauthorize the 9/11 Victim Compensation Fund,” she said.

“Congress has a responsibility to take care of the brave first responders that rushed to the scene on 9/11. This legislation is long overdue for these American heroes. #Renew911VCF (sic).”

Reportedly, the bill allows 9/11 victims and their families to file claims with the fund up until 2090.

As for the upcoming show, the attendees will not be allowed to possess any gadgets, such as cameras, cellphones, or recording devices, during the show. The authorities will collect them prior to the show and return them only after it ends.