A minister of Pakistan expressed outrage at the UK's decision to retain the country on its Red List of countries for restrictions.
By Zenger News Desk August 11, 2021
Facebook
Twitter
Linkedin
Email 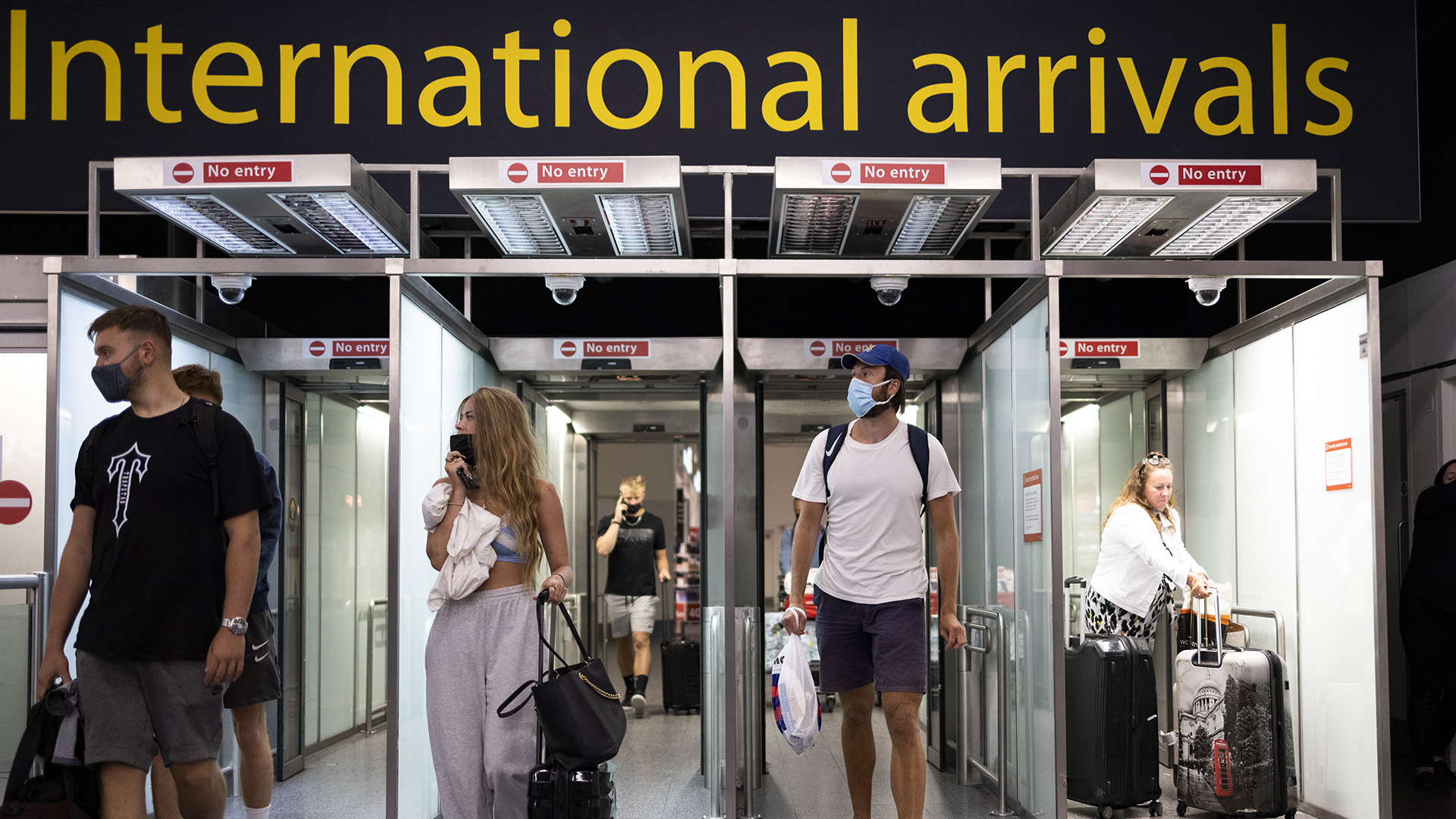 Travelers arrive at Gatwick Airport on July 30, 2021 in London, England. Restrictions to and from the United Kingdom remain in place as Coronavirus continues to disrupt global travel. (Dan Kitwood/Getty Images)

ISLAMABAD — The UK Government’s decision to retain Pakistan on its Red List of countries facing travel restrictions has erupted in outrage in a federal minister of Pakistan.

Shireen Mazari, Minister for Human Rights of Pakistan, said that the nation was never asked for data related to the country’s Covid-19 situation to review their decision.

The minister responded to a report that said Pakistan was retained on the Red List as the country had not provided UK authorities data on vaccination and testing.

Mazari further continued to slam the decision of the UK Government. The British Government has retained Pakistan on the ‘red list’ of its travel advisory due to the country’s ‘deteriorating Covid-19 situation’.

UK senior health official Jo Churchill, in a letter, explained the reasons for keeping Pakistan on the red list of countries.

She said that the UK’s Joint Biosecurity Centre continues to assess risk based on factors including incidence, trends in deaths/hospitalizations, exported cases, and testing and test positivity rates.

“Reply from Dr. Faisal Sultan to UK Health Secretary in response to UK govt’s “explanation” (C thread) on why Pak is on Red while India has moved to amber! The table exposes claims of the UK govt that UK decisions are based on science & data! Clearly, it has been a purely political decision!” said Mazari in another tweet.

“UK’s Conservative govt with a strong Indophiles’ presence playing discriminatory politics against Pakistan on Covid. The UK statement to which Dr. Faisal has responded is exposing its claims!”

Her response comes after Pakistan was retained in the red list of countries at the latest coronavirus travel update while India was removed from it.

The British Government placed Pakistan and India on the red list on April 2 and 19, respectively.

However, in an updated list, the government announced that India, Bahrain, Qatar, and the UAE would be moved to the amber list from Aug. 8.

“In Pakistan, the combination of a deteriorating epidemiological situation, combined with low testing rates and limited genomic surveillance, presents a high risk that an outbreak of a new variant, or existing VoC [variant of concern], will not be identified before it is imported to the UK,” said Churchill in a letter.

The UK health official said the current trajectory of the pandemic in Pakistan is also of particular concern.

The red list of the countries means only the UK nationals and those with residency rights will be allowed to travel to the country if they stayed in Pakistan for the ten days before they arrive. The amber travel list means that returnees can quarantine at home rather than in a hotel.