Diagnosed with cancer, Johanna Hurtado believes in the power of the mind and her entrepreneurship to overcome her situation.
By Jimena Rivera August 11, 2021
Facebook
Twitter
Linkedin
Email 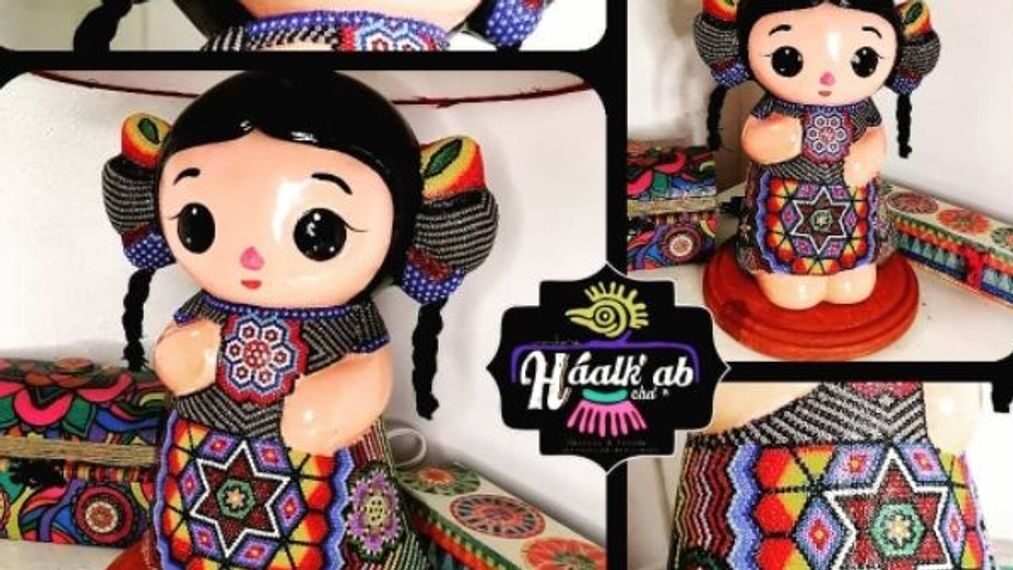 Johanna Hurtado, a pastry chef, interior decorator and artisan, tells of her experience battling cancer, the importance of discovering it on time, and how her dreams as a businesswoman have given her strength to move forward. (Johanna Hurtado/Zenger)

Being diagnosed with cancer implies a long, arduous and painful journey for many Mexicans. However, a fighting spirit can give people the opportunity to face it and keep going on with their lives.

Johanna Hurtado, a 41-year-old pastry chef, interior decorator and artisan from Mexico City, was diagnosed with cervical cancer in 2017.

In an interview with Zenger, Hurtado spoke about her experience with the disease, the importance of discovering it on time, and how her dreams as a businesswoman and artist have given her the strength to continue moving forward.

“Every time I had my period, I suffered from extreme pains streaks that made me pass out. I had very swollen glands in my groin and several bruise-like spots on my legs and abdomen. It wasn’t until two years had passed by that I decided to do the required tests, and I regret not taking care of myself or detecting it in time,” she said.

During her visit with the gynecologist, the doctor performed an ultrasound that detected fibroids that turned out to be a stage 2 malignant tumor. Hurtado had to undergo chemotherapy and ten surgeries, as the tumors had spread to her intestine.

Dr. Arciniega, a general practitioner, says that cancer occurs when healthy cells mutate into abnormal or tumor cells. In the case of cervical cancer, the human papillomavirus (HPV) usually plays an important role.

“In an early stage, cancer generally does not produce signs or symptoms, so it is crucial to have routine checkups and, if possible, apply an HPV vaccine,” said the doctor.

When she discovered she had cancer, Hurtado had many plans, so she decided not to tell anyone about her condition.

“I was planning a baking tour throughout Mexico for people with limited resources and to leave a legacy after I retire from my career as a pastry chef, so I decided not to tell anyone. Then, an earthquake hit Mexico City, and I worked with several other chefs, making soup kitchens in Oaxaca, which was also heavily damaged by the earthquake. So I dedicated the rest of the year to aid all these communities while planning my tour. I thought that if I can’t survive the disease, at least I could accomplish my culinary tour,” she said.

“I spent months working with students, friends, and people in the culinary field, and they had the kindness and empathy to help me, accompany me to the hospital and, though I didn’t tell them a thing, they suspected I had something serious.”

Tobacco and alcohol use, an unhealthy diet, physical inactivity, and air pollution are risk factors for cancer and some chronic infections.

A report from the WHO shows that cervical cancer is the fourth most common type of cancer in women around the world, and it estimates that there were about 570,000 new cases in 2018. In that year, almost 90 percent of the 311,000 cervical cancer deaths worldwide occurred in low- and middle-income countries.

After the treatment and surgeries were over, Hurtado was declared cancer-free and was discharged on February 24, 2018. But then the pain returned.

“Sadly, last year, I went to my gynecologist, and they detected that cancer had spread everywhere. I had several fibroids measuring 20, 10, and 5 cm. They gave me the news that cancer had relapsed and that it had returned even more aggressive than before. It had metastasized, as they found a tumor cluster in my left breast and, well, now I also have breast cancer. Fortunately, it is still in an early stage, and with a short surgery in the next three months, it will be under control,” she said.

Dr. Raul Arciniéga told Zenger that what happened to Hurtado is not unusual since some cancer cells can break off and move through the body using the circulatory or lymphatic system, forming new tumors far from the original one.

“I don’t know where I got the strength to battle this,” said Hurtado. “Many people say, ‘hold on to your children,’ but all thanatologists that I have seen instead taught me how to detach from people. It would be unfair to hold onto my children and parents to try and be positive. But, when push comes to shove, one must draw strength from oneself,” she said.

The specialist Iván López Dados tells Zenger that thanatology is a scientific discipline to teach people how to deal with the pain and suffering from the loss of a loved one.

“It is about looking for strategies to overcome the grief, which does not mean that it will no longer hurt, but it will lessen it. It all depends on the level of attachment that they have, which is why attachment is one of the most discussed aspects,” he said.

“When people discover they have a disease or someone close to them dies, a cycle of mourning begins. This cycle is something complex and full of feelings and emotions, but the truth is that we are all going to go through such a cycle at least once in our life,” he said. “Dealing with cancer, just like with other deadly diseases, is extremely difficult.”

“I draw strength from my dreams, from the desire I have to carry out all the projects that I have to complete, such as my handcrafted items shop ‘Háalk’ab,cha’ (‘freedom’ in Mayan). I have a big future in front of me, and I would love for my cakes, lamps, and handcrafted items to be known among the people,” said Hurtado.

The pieces are made using neo-artisan decorations and ceramics. Each piece is unique and honors the traditional style of the dolls used by the Mazahua, an indigenous group of Mexico. Every six months, a new collection comes out with different techniques that seek to represent all of Mexico, from pre-Columbian techniques to the most modern styles.

Hurtado says that she transfers her feeling to her art.

“What I do is create things, and that has been good occupational therapy for me. Social media has also accompanied me alongside this moment in my life. Despite not knowing me, many people give me some words of encouragement when they know about my situation. Many people have followed me for years, and I know they have my back, just like I have theirs,” she said.

Doctors recommend that women get checked at least once a year. Getting a Pap test helps detect this type of cancer early.

“It does not matter how old or young they are, nor if they are male or female. Cancer cares not about gender, social class, or race. Detecting it in time can change your life completely,” said Hurtado, who maintains the hope of overcoming the disease and not having to leave her projects behind.