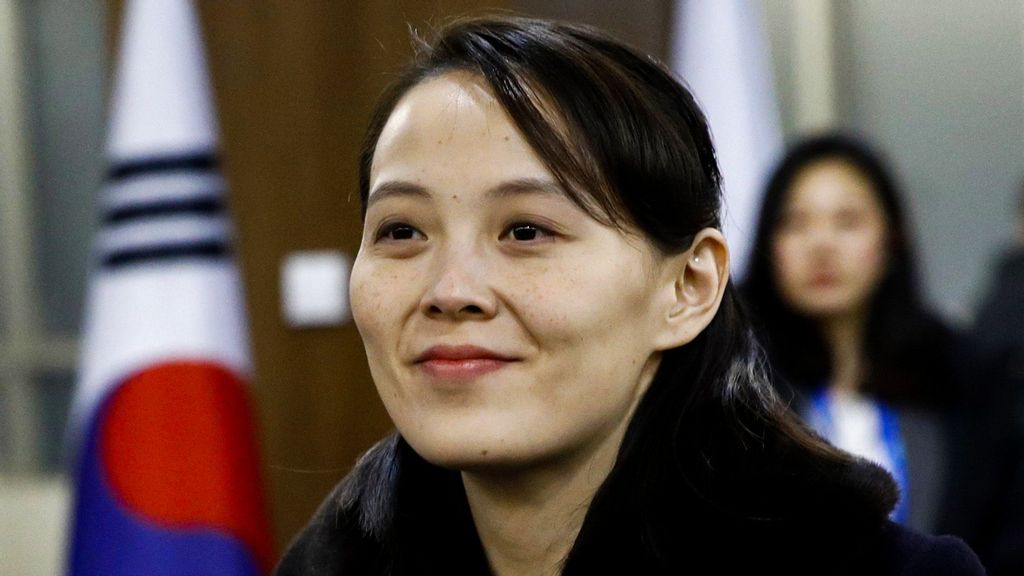 The joint drills between the United States and South Korea are nothing but a “rehearsal” of nuclear war, felt Kim Yo Jong, the deputy department director of the Workers' Party of Korea Central Committee. (Patrick Semansky - Pool /Getty Images)

SEOUL, South Korea — The joint drills between the United States and South Korea are nothing but a “rehearsal” of nuclear war, said Kim Yo Jong, the deputy department director of the Workers’ Party of Korea Central Committee.

This week Seoul and Washington are supposed to conduct preparations for the military exercises jointly. The exercises will take place from Aug. 16-26 without the presence of any fundamental maneuvers.

“Whatever the scale and mode, the joint military exercises are of aggressive nature as they are a war rehearsal and preliminary nuclear war exercise for further rounding of the preparations for putting into practice the operational plan with the preemptive strike at us as the gist,” said Jong.

“South Korea urged North Korea to have a more ‘flexible attitude’ just hours after Kim Jong Un’s sister slammed Seoul and Washington for their joint military exercises on Tuesday,” tweeted The Korea Society, an American nonprofit organization dedicated to the promotion of greater awareness, understanding, and cooperation between the people of the U.S. and Korea.

The North Korean leader’s sister went on, Pyongyang will accelerate the strengthening of its defense capacities in response.

“We will put more spur to further increasing the deterrent of absolute capacity to cope with the ever-growing military threats from the U.S., i.e., the national defense capabilities and powerful preemptive strike for rapidly countering any military actions against us,” said Jong.

“North Korea will counter the U.S. on the principle of power for power and goodwill for goodwill.”

She said that Washington must withdraw its troops from South Korea to set peace on the entire Korean peninsula.

The Democratic People’s Republic of Korea slammed South Korea on Aug. 11 for pushing ahead with planned military drills with the United States. It warned of a “serious security crisis.”

Kim made the remarks one day after Kim Yo Jong, vice department director of the Central Committee of the Workers Party Korea, issued a similar warning: “the choice of hope or despair is totally up to the South Korean authorities.”

He said that the military exercises slated by South Korea with the United States would be an unfavorable prelude further because of the future of inter-Korean relations.

“But the South Korean authorities have now revealed that peace and trust much touted by them whenever an opportunity presented itself were just a wordplay,” said Kim Yong Chol. He is in charge of South Korean affairs in the country.

“South Korea must be made to clearly understand how dearly they have to pay for answering our good faith with hostile acts after letting go of the opportunity for improved inter-Korean relations.”

Despite strong opposition from Pyongyang, South Korea and the United States started their four-day preliminary drills on Aug. 10. The joint military exercises are expected to run through next week from Aug. 16 to 26.

The Democratic People’s Republic of Korea and South Korean leaders agreed to resume the inter-Korean hotlines two weeks ago, cut off for more than a year. The North has since demanded that the South suspend drills to accelerate a thaw in the strained inter-Korean relations.