Inspired by a true-life incident, the film is set in the United Kingdom and scheduled to go on floors soon. 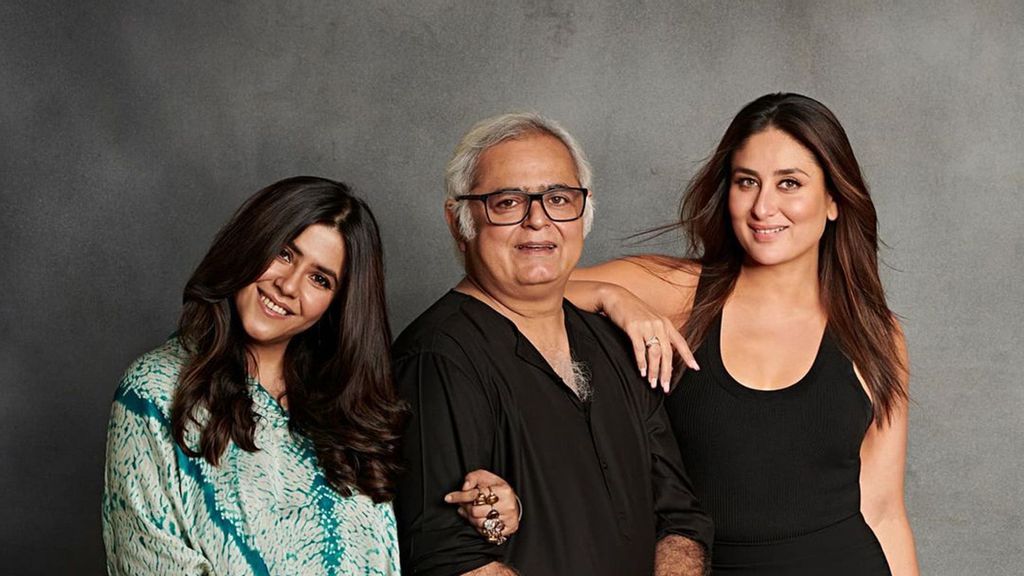 MUMBAI, India — After donning the author’s hat with her latest pregnancy bible, Kareena Kapoor Khan is all set to make her debut as a producer with director Hansal Mehta’s yet-to-be-titled thriller. She will also act in the film.

Khan took to her Instagram handle and shared the news by posting a picture of herself with Mehta and Ekta Kapoor, who will be co-producing the film under Balaji Telefilms.

“New beginnings,” she captioned the picture.

Mehta also shared the same picture on his Twitter handle and expressed his excitement.

“Two incredible ladies and a thrilling story. Delighted to embark on this journey with #KareenaKapoorKhan and @ektarkapoor. (Dad must be smiling from the heavens seeing me in the same frame as both these gorgeous women),” he tweeted.

Excited about her new venture, the “Jab We Met” actor said she admires Mehta’s work.

“Very honored and excited to work as a producer on this film with Ekta, whom my family has known for years, and, of course, to be directed by Hansal for the first time,” she said.

“I am a huge fan of Hansal’s films, and to be working with him for the first time will be special. There are a lot of firsts on this film, and I cannot wait to begin this journey.”

Kapoor also expressed her happiness over collaborating with Khan and Mehta.

“Kareena Kapoor Khan is a dynamite combination of star power and talent,” she said.

“We last worked together on ‘Veere Di Wedding,’ which was probably the biggest hit headlined by a female star. The second time’s always a charm, and I’m confident this one too will excite the audiences.”

“To have Hansal Mehta, one of the most prolific filmmakers of our times tell this story makes it all the more exciting! Get ready for one of the most intriguing and shocking mainstream films thus far.”

The team’s aim is “to create a fresh, gripping and moody thriller,” as per Mehta.

“I am hoping will do justice to her immense talent as an actor,” he said.

“I look forward to venturing on this journey with Ekta and Kareena, both of whom have accomplished so much in their respective careers and are absolute powerhouses of talent.”

Inspired by a true-life incident, the film is set in the United Kingdom and scheduled to go on floors soon.

She will next be seen in Advait Chandan’s war drama film “Laal Singh Chaddha,” co-starring Aamir Khan. The movie is based on the 1994 Hollywood film “Forrest Gump,” which had Tom Hanks and Robin Wright.