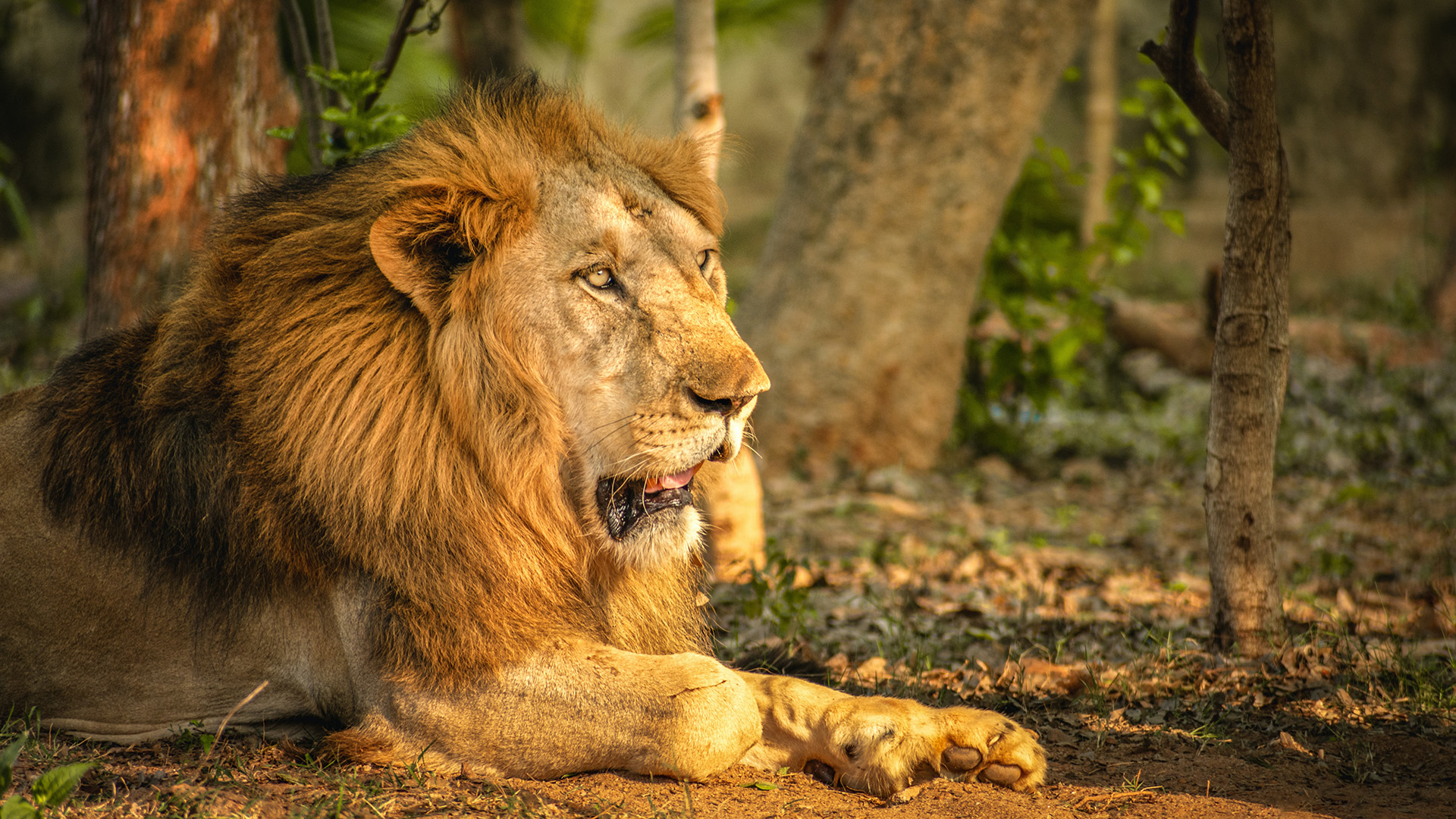 World Lion Day is celebrated every year on Aug. 10 to raise awareness about their declining population and conservation needs. Lions are a vulnerable species, as per the International Union for Conservation of Nature's Red List. (Subhadeep Dishant/Unsplash)

NEW DELHI — The Prime Minister of India, Narendra Modi, lauded India’s conservation efforts and stated about the steady increase in the Asiatic Lion population over the years. The comments from him came on the occasion of World Lion Day.

“The lion is majestic and courageous. India is proud to be home to the Asiatic Lion,” tweeted Modi. “On World Lion Day, I convey my greetings to all those passionate about lion conservation. It would make you happy that the last few years have seen a steady increase in India’s lion population.”

“When I was serving as Gujarat CM (chief minister), I had the opportunity to work towards ensuring safe and secure habitats for the Gir Lions. Several initiatives were taken which involved local communities and global best practices to ensure habitats are safe and tourism also gets a boost,” he said in another tweet.

World Lion Day is celebrated every year on Aug. 10 to raise awareness about their declining population and conservation needs. Lions are a vulnerable species, as per the International Union for Conservation of Nature’s Red List.

Glorious gaze that catches you captivated & mighty walk that holds you mesmerized; that’s the aura of Asiatic Lions! Wishing everyone #WorldLionDay2021 with these striking visuals from Gir National Park in Gujarat!#DekhoApnaDesh @GujaratTourism

“We infer a decline of 43 percent based on time trend analysis of census data for 47 relatively well-monitored Lion subpopulations,” states a report by the International Union for Conservation of Nature.

“These subpopulations approximately totaled an estimated 7,500 Lions in 2014 and comprise a substantial portion of the total species population, so that we feel confident in applying observed trends to the species as a whole as well as on a regional basis.”

In June 2020, India witnessed one of the highest growth rates of 28.87 percent in the population of Asiatic Lions, taking their number from 523 to 674 in five years from the last population estimation done in 2015.

“The last population estimation exercise was conducted in May 2015, which pegged the lion numbers at 523, a 27 percent increase from the estimation of 2010,” said Sharma.

“The population of Asiatic Lions has thus shown a steady increase with a population of 674 individuals with an increased rate of 28.87 percent (one of the highest growth rates so far) from the previous growth of 27 percent during 2015 (523 lions).”

The press note said multiple strategies had been implemented in the Asiatic lion landscape, contributing to the current conservation success.

The program was also attended virtually by Vijay Rupani, the Chief Minister of Gujarat.

“Today is Aug. 10, World Lion Day; I wish you all the best. The beauty of Sorath is the pride of not only Gujarat but the whole of Asia,” he tweeted.