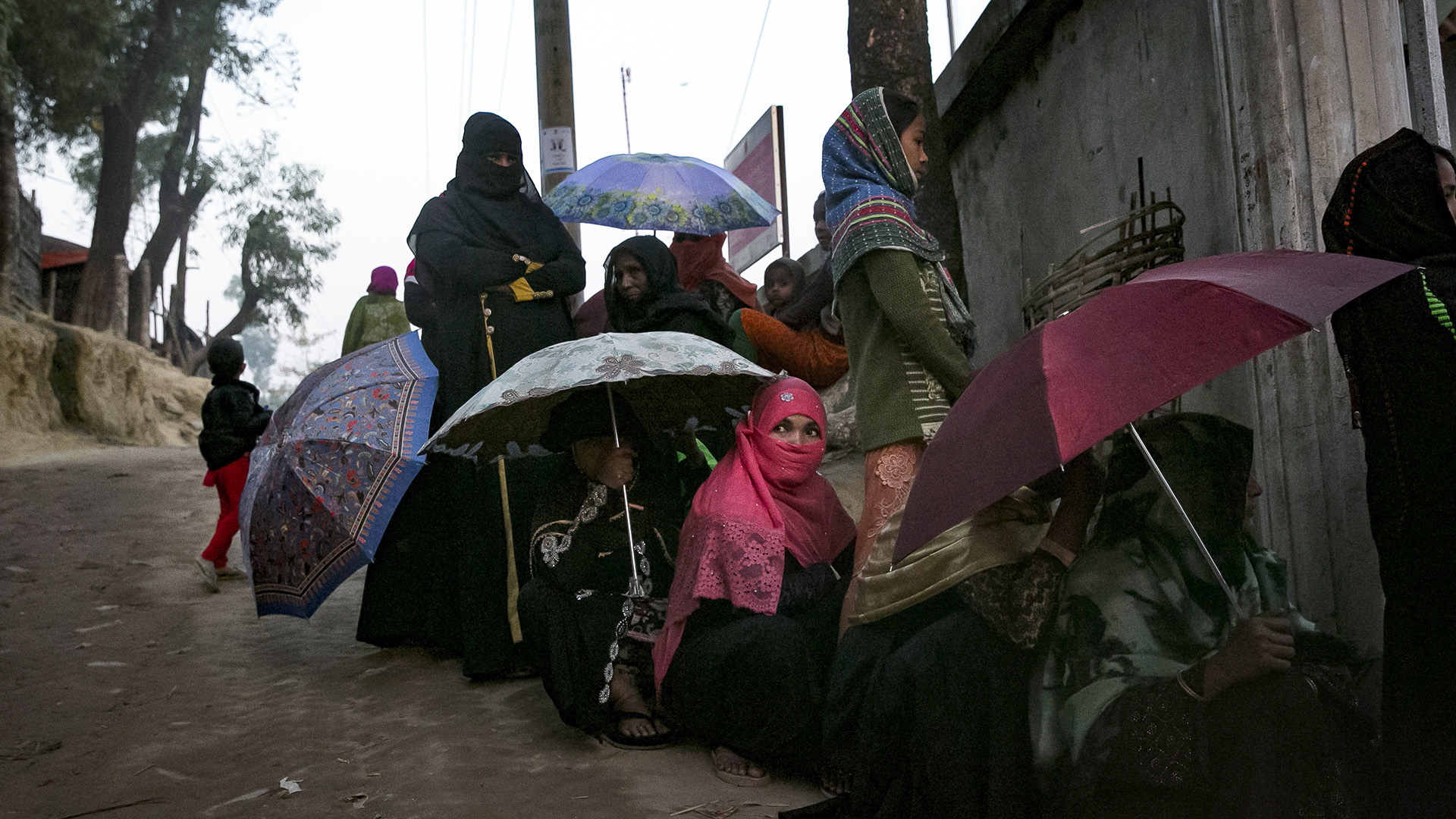 People wait for treatment outside a hospital in a Rohingya refugee camp on Jan 23, 2020 in Cox's Bazar, Bangladesh. (Allison Joyce/Getty Images)

DHAKA, Bangladesh — The government of Bangladesh, on Aug.10, started their campaign, which saw vaccination of the Rohingya refugees living in the camps in the country’s Cox’s Bazar areas. This was done as a part of the mass vaccination process taken up by the government.

Around 48,000 Rohingyas, aged 55 and above, registered with the United Nations High Commissioner for Refugees are supposed to get vaccinated within three days, said Mahbubur Rahman, Civil Surgeon from Cox’s Bazar.

“Community health workers are distributing special Covid-19 vaccination cards among the eligible refugees since the Rohingyas are not Bangladeshi citizens,” he said.

Refugee Relief and Repatriation Commissioner Shah Rezwan Hayat also informed that the vaccination deadline would be extended if the desired number of refugees are not vaccinated by Aug. 12.

The Rohingya people are a stateless Indo-Aryan ethnic group who predominantly follow Islam and reside in the Rakhine State of Myanmar. Before the displacement crisis in 2017, when over 740,000 fled to Bangladesh, an estimated 1.4 million Rohingya lived in Myanmar.

“Large multi-country Phase 3 trial has shown that 2 doses, administered at an interval of 21 days, have an efficacy of 79 percent against symptomatic SARS-CoV-2 infection 14 or more days after the second dose,” said a report from the World Health Organization. “Vaccine efficacy against hospitalization was 79 percent.”

Meanwhile, the government has not informed about the vaccination of refugees living in the Bhashan Char region of the country.

There has been a recent uptick in infections in the camps, with around 20,000 cases and 200 deaths recorded among refugees since the pandemic erupted in 2020.

“We are immensely worried by the uptick in Covid-19 cases,” said Abu Syem Shahin, Senior Health Coordinator, International Rescue Committee, before the vaccination drive was initiated.

“The virus does not discriminate a rise in infections in Cox’s Bazar will likely result in an outbreak amongst the Rohingya population, who remain in cramped living conditions and are at serious risk of infection. Bangladesh will only be protected when all those at risk are vaccinated.”

At present, about 880,000 stateless Rohingya refugees live in the world’s largest and most densely populated refugee camp, Kutupalong. Nearly half of the refugees are children, the report added.

Their plight intensified on March 22, 2021, after a massive fire swept through Cox’s Bazar, destroying more than 10,000 shelters, food distribution sites, and clean water and sanitation facilities.