Annual Perseid Meteor Shower To Be Visible From Aug. 11

The shower will reach its peak before dawn on Aug. 12.
By Zenger News Desk August 11, 2021
Facebook
Twitter
Linkedin
Email 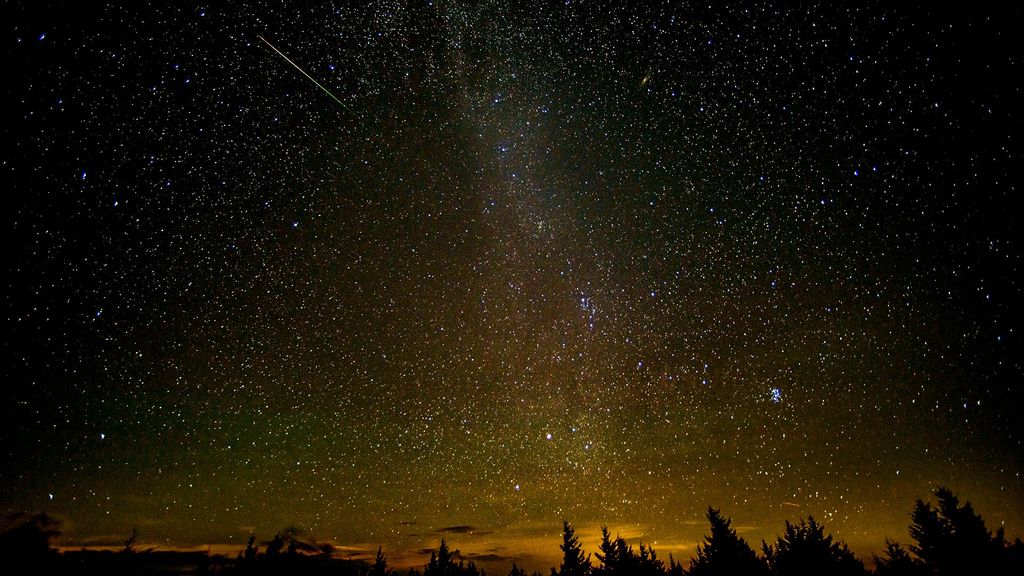 The Perseid meteor shower, an annual celestial event, is all set to return on Wednesday night. (Bill Ingalls/NASA via Getty Images)

WASHINGTON — The Perseid meteor shower, an annual celestial event, is set to return on Aug. 11 night.

It is predicted to reach its peak before dawn on Aug. 12.

It is also believed that this year’s conditions are as near to perfect as can be. The waxing crescent Moon sets around 10 p.m. (American local time) and will result in dark, moonless skies until dawn.

By then, the shower’s radiant — its perspective point of origin in the constellation Perseus — will rise above the northeastern horizon.

The few Perseids that appear this early will be spectacularly long “earth grazers” that skim along the top of the atmosphere. The higher the radiant, the more meteors one might get to see — when Perseus climbs higher in the northeast, mainly after midnight, more meteors will appear all over the sky.

One does not need any equipment to enjoy the Perseid meteor shower. One needs to find a dark spot away from bright lights with a wide-open view all around if possible.

“You’ll want to make yourself comfortable to fully enjoy the show — craning your neck for many hours can ruin your experience,” Hannikainen said.

“These ‘shooting stars’ can appear anywhere and everywhere in the sky — you don’t have to look toward the radiant to see them. So the best direction to watch is wherever your sky is darkest, usually straight up.”

A NASA analysis of all-sky images taken from 2008 to 2013 shows that the Perseids deliver more bright meteors (those that outshine any star) than any other annual meteor shower.

Meteors are caused by tiny, sand grain to pea-size bits of dusty debris striking the top of Earth’s atmosphere roughly 80 miles (130 km) up. Each Perseid zips in at 37 miles per second, glowing as it burns to soot and creating a quick, white-hot streak of superheated air.

The nuggets in Grape nuts cereal are close to the estimated size, color, and texture of typical meteor-shower particles.

The Perseid bits were shed long ago by Comet Swift-Tuttle and are distributed all along the comet’s orbital path around the Sun. Earth passes through this tenuous “river of rubble” every year in mid-August.

The comet is so named because Lewis Swift and Horace Parnell Tuttle independently discovered it in July 1862.