After waiting for months, the elderly in Nepal get a chance for the second dose of the Covid vaccine. 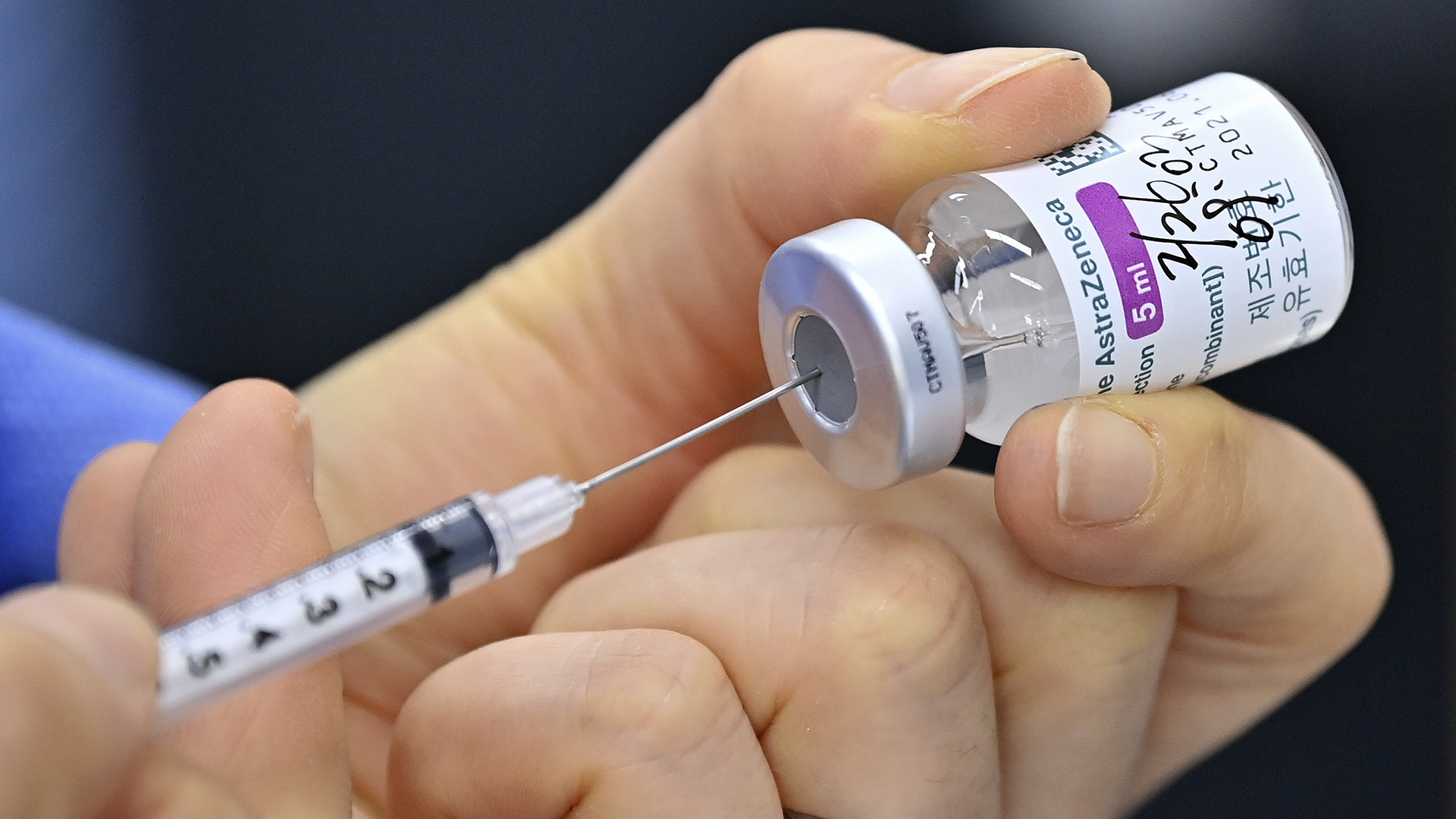 A nurse fills a syringe with the AstraZeneca Covid-19 vaccine. (Jung Yeon-Je-Pool/Getty Images)

KATHMANDU, Nepal — The wait for the vaccine for the elderly in Nepal is over. They can now get the second dose of the Covid vaccine after waiting for more than four months.

About 8.4 percent of Nepal’s population have been inoculated with the first dose of the vaccine. In contrast, 15.145 percent have received a total dosage of anti-Covid-19 vaccine till Aug. 9, as per Nepal’s Ministry of Health and Population data.

Baburam Nagarkoti, aged 80, struggled to reach a nearby vaccination center because of poor infrastructure. He was also suffering from paralysis and prolonged asthma illness. But, all troubles vanished for him after he got his second dose of the vaccine.

“It has brought happiness and cheer. I went up to the vaccination center and was administered the jab. Now, I feel that I would be protected from coronavirus and live a longer life.”

“I feel relaxed now; there’s no problem after receiving it. I went along with my wife and received the vaccine. Daughter, grandson, spouse, and son took me there, and I was happy while undergoing the process of vaccination.”

The Nagarkoti couple received their first dose of the vaccine earlier in March 2021 when the Himalayan Nation started its inoculation campaign after receiving jabs from India as donations.

Earlier on Aug. 6, Bhutan delivered its extra 230,000 doses of AstraZeneca vaccine under a reciprocity condition at the request of the Nepal government.

Nepal so far has received 10,526,270 doses of vaccine from various sources.

But the ground reality and struggle of people to take the jabs have remained the same. Elder people had to queue outside and inside vaccination centers around the capital for hours due to various logistical and managerial failures.

“I came here at 9 AM, stood in line, and they said to give a token to all, but later it got mixed up,” said Bhola Pokhrel, one of the elderly who was waiting till mid-day to take the second dose.

“Management of the queues and other aspects is worst here. This [vaccination drive] could have been managed systematically. Providing the vaccine based on the flow of people would not have created this kind of situation. Rather than controlling the Covid-19, it further is fueling the Covid-19 and helping to spread it.”

Tension at various inoculation centers rises further after the allotted vaccine is used but the wait for it continues.

Most of the inoculation centers outside the ring-road of capital Kathmandu on Aug. 9 had vaccines capped to 200 doses. Meanwhile, the number of people standing in queue for the jabs was double the number of allotted vaccines, creating chaos in those centers.

Local officials who have been overseeing the campaign claim that people’s mentality to get the vaccine early and first amongst others has become the main problem behind the managerial failure.

“We are inoculating people with the vaccine which Japan and Bhutan have donated as the second dose of the previously administered vaccine,” said Mahesh Rimal, one of the local representatives. “It is meant for population over the age of 60, teachers, and medical officers.”

“Vaccines for our center arrived only after 10 AM, and we only have one location and personnel to inoculate people. Everyone is anxious, and they are in a hurry.”

Nepal started its vaccination drive in January with the 1 million doses of Covishield gifted by the Indian government. India had provided 100,000 amounts of Covishield under a grant for the Nepal Army as well.

Nepal so far has used Covishield, Vero Cell, and Janssen, developed and manufactured by Johnson & Johnson, to inoculate its population against Covid-19.

On July 12, the United States provided 1,534,850 doses of Janssen through the COVAX facility. The government has unveiled a plan to procure 42 million doses of the Covid-19 vaccine by February next year and inoculate all eligible citizens above 12 years of age before mid-April.