The Power Of Love: Mexican Woman Donates Kidney To Her Husband

Despite not having a genetic connection, a wife underwent the transplant for her spouse, who also survived COVID-19.
By Julio Guzmán August 10, 2021
Facebook
Twitter
Linkedin
Email 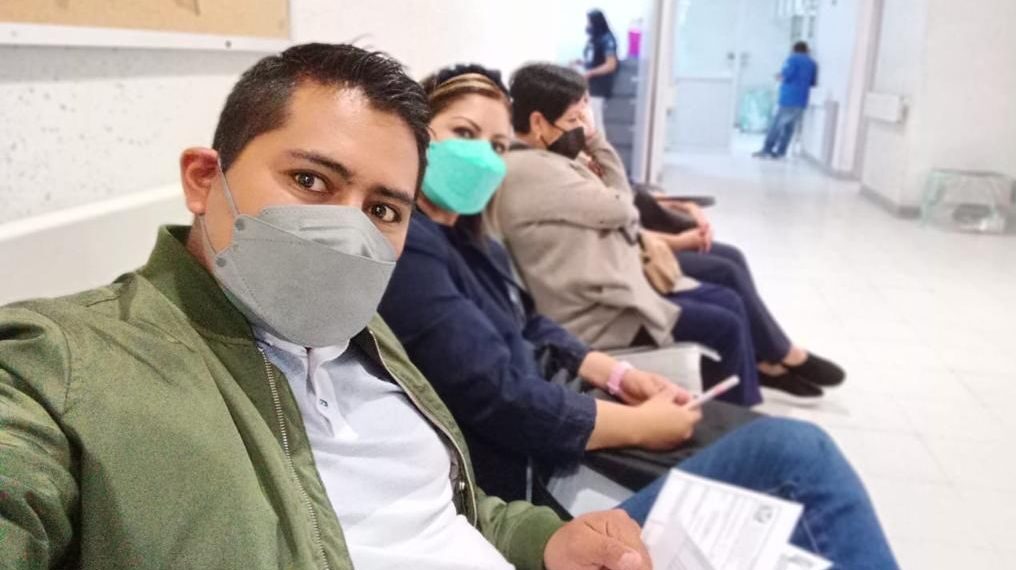 People often say love heals everything, and this couple proves it.

After discovering her husband suffered from kidney failure, a woman decided to donate one of her kidneys to prolong his quality of life and give him more time with his family.

The outlook for Marco Antonio Dominguez, 34, was not comforting. Years ago, he had been diagnosed with renal hypoplasia, a progressive and irreversible condition that consists of a congenial reduction in the kidney’s size.

“My kidneys could only function at 20 percent. So the doctor told me, after analyzing me, that I was suitable for a transplant. Otherwise, I would have to do dialysis or hemodialysis to substitute my kidneys’ work,” said Domínguez.

After receiving the news, several relatives approached him to volunteer as donors. Help would arrive in the form of his wife, Berenice Ramírez, 36, who fortunately shares his blood group. After a series of tests, they found she was compatible.

Even though the prognosis was favorable, and they were just a step away from receiving a date to perform the transplant, the COVID-19 pandemic led the medical service to canceling the procedure. The hospital where the surgery would have occurred, located in Mexico City, became a COVID-19 hospital.

To make things worse, not only was Dominguez left on stand-by awaiting his life-saving surgery, but he also became infected with COVID-19. The ravages wrought by the virus and the damage to his kidneys, led him to say his final goodbyes to his children on two different occasions.

“In my hospital bed, I saw many people come and go, and I was the only person who survived … The toxins in my blood were extremely high. I had peritonitis because no specialists could treat my failing kidneys. After that, everything got complicated,” said Domínguez.

“We tried to be as open as possible [with the children]. We told them their dad had COVID-19, but though they accepted it, in the end, they are children. The doctors didn’t give Marco a lot of hope,” said his wife.

Fortunately, Domínguez’s body reacted favorably to the treatment, and after a month in the hospital, he was finally discharged. However, due to complications, he received hemodialysis for five months until early June. Finally, he received a call from the physician to schedule the life-saving intervention.

On June 22, 2021, Marco and Berenice went to the 48 San Pedro Xalpa Clinic of the Mexican Institute of Social Security (IMSS), located in Mexico City. The procedure lasted three hours.

With the patient under general anesthesia, specialists removed a fragment of Ramírez’s rib and muscle to maneuver and extract one of her kidneys. Later, in another three-hour lengthy procedure, they implanted it in Domínguez.

“This was an unusual case in living donors. After all, most living transplants come from people with kinship. Still, here we have a love bond as the main reason, to the extent that she undergoes extraction surgery without any commitment,” the surgeon said through a statement from IMSS physician Juan Antonio Frías Rivera, who is in charge of the hospital’s Transplant Unit.

After a successful procedure, the couple is now in recovery. For Ramírez, there is nothing more satisfying than seeing her husband full of life.

“It’s amazing how a transplant can change a person overnight. [Marco] woke up at 5 in the morning wanting to do things. It is satisfactory for me to say: ‘We did it.’ I thank God that he’s OK. He is part of my family and the father of my children. I am extremely grateful to God for allowing me to have this family,” she said.

For his part, Domínguez takes advantage of the opportunity that surviving COVID-19 and having a new kidney has given him.

“We have to take better care of ourselves. If we do not take care of our kidneys, they can start to break down and fail to detoxify the blood. So I said to myself that ‘I have to take care of myself and this kidney so that I can see my kids grown up. So I will avoid this from happening again,’ and I know that my wife has the same thoughts,” said Domínguez.

“I feel very grateful and indebted to my wife. I have always put her first before anything and anyone else. This event only deepened my bond with her. I feel satisfied and grateful that everything is over,” he said.

For weeks, the couple’s story has attracted the attention of several media outlets, an opportunity the couple used to raise awareness about organ donation.

“We are glad that people with this disease realize that it is not a hopeless situation. It is an opportunity for us to reach as many people as possible and show them how easy it is to donate an organ, since sometimes relatives do not donate,” said Ramírez.

“Maybe it is not difficult for a family member to come and donate, but we seek to make people realize that donating [an organ] is giving the gift of life.”

Organ donation is a subject the whole Dominguez family supports. When his sister developed kidney problems, his mother donated one of her kidneys. And one of his cousins also received a kidney from their mother. Then, from their uncle, after showing further complications with their organs.

The National Transplant Center (CENATRA) estimates that, during the second half of 2021, 16,801 Mexicans are waiting for a compatible kidney, the most demanded organ in the country. Similarly, at the time of writing, there are 915 kidney transplants reported in the National Transplant Registry’s Computer System (SIRNT).