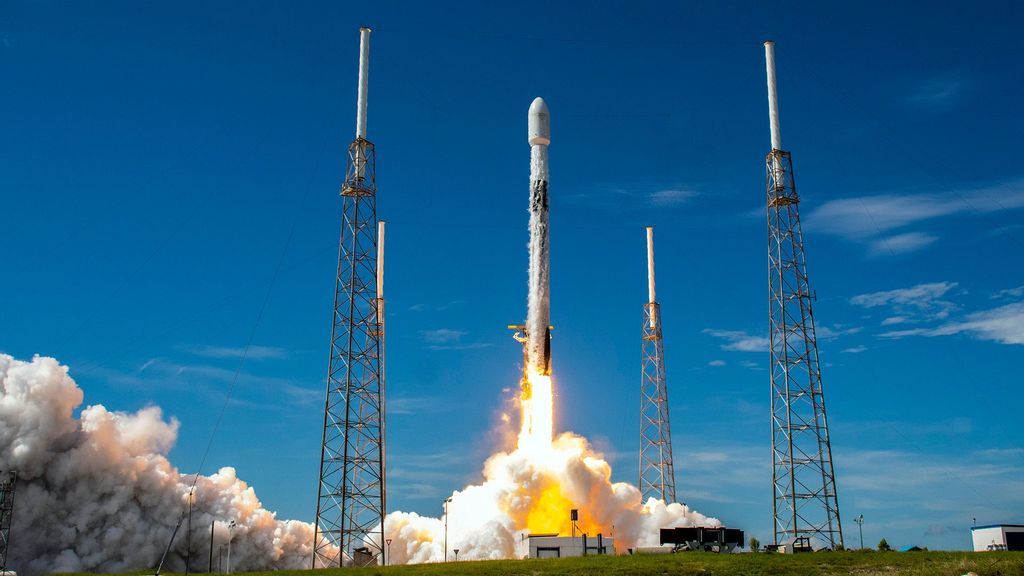 In India, if the operating environment eases, it is projected that the satellite communication user base will rise to around 1.5 million to 2 million by 2025. (Official SpaceX Photos/Flickr)

“Satellite communication will remain crucial for broadband inclusion of a lot of remote and sparsely populated areas which have not been connected through the terrestrial networks,” said Sabyasachi Majumdar, Group Head and Senior Vice-President at ICRA.

“Several foreign players are eying this market and have launched/are in the process of launching a constellation of satellites to cover the entire earth, including One Web, Starlink, and Amazon.”

Satellite communication mainly scores over the traditional network in inaccessible terrains and remote areas. It has comprehensive geographical coverage and good broadcasting capabilities.

Satellite communication can complement the existing network infrastructure by providing a redundant network, acting as a backhaul network, bridging the digital divide by providing broadband access in hilly and remote areas.

It has also been found suitable for a variety of applications, including the Internet of Things. The new generation LEO satellites have overcome the traditional issues such as low speeds and high latency rates over the ages.

The satellite TV sector’s revenue services amounted to $88.4 billion in 2020, as per data.

Experts say that the reason for the same is because of restrictions on last-mile connectivity through satellite to retail subscribers, in addition to restrictive policies to operate in this space.

“There have been a lot of policy-related uncertainties, including vague licensing regime and lack of clarity on spectrum frequency and allocation, which can act as deterrents to the proliferation of this technology,” said Majumdar.

While the global adoption rates are also slow for various reasons, including high prices and low speeds, both these aspects should improve with time.

«Previous Post
US Itself Is The Biggest Threat To Peace, Stability In South China Sea: China»Next Post
Steam VR Beta To Allow Users To Arrange Desktop Windows Inside Virtual World