Vladimir Putin said Moscow would be ensuring security in the Persian Gulf and the Atlantic Ocean. 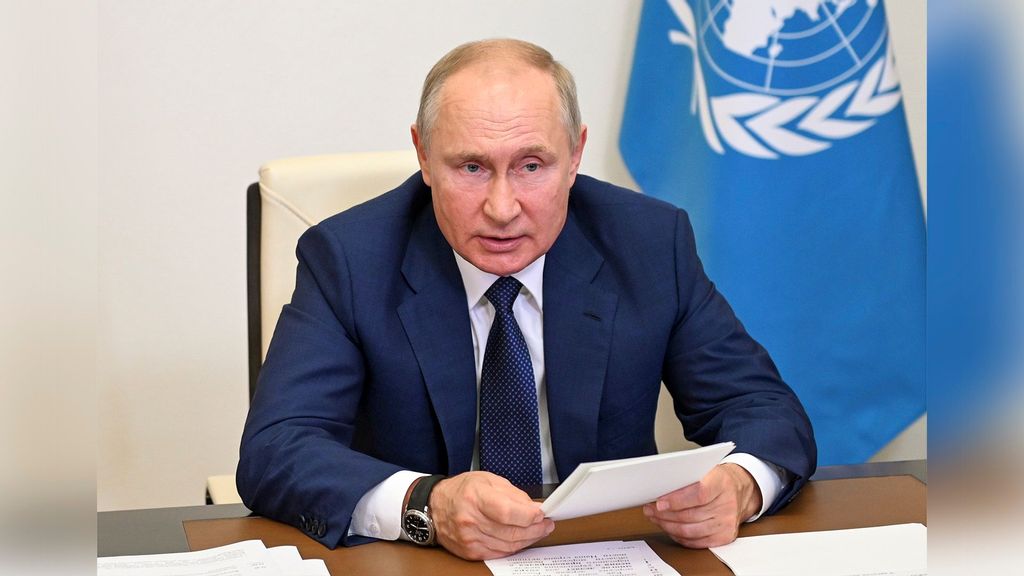 A suggestion about creating a maritime security body in the United Nations Security Council was made by Russian President Vladimir Putin on Aug. 9. (President of Russia, @KremlinRussia_E/Twitter)

MOSCOW — A suggestion about creating a maritime security body in the United Nations Security Council was made by Russian President Vladimir Putin on Aug. 9 to address maritime crimes, piracy, and maritime terrorism.

At the UN Security Council, Putin said that Moscow would be ensuring security in the Persian Gulf and the Atlantic Ocean amid a global surge in piracy-related incidents, including a robbery at sea accompanied by taking of hostages.

“Unfortunately, there are also many threats along sea routes,” said Putin.

“And that is why it is so important that today we are considering substantive, practical issues related to the fight against piracy of the 21st century, meaning to establish a more effective counteraction to transnational crime and prevent the use of seas and oceans for criminal purposes.”

The Russian President said that the proposed structure could rely on the support of UN member states and that it could actively cooperate with experts, representatives of civil society, scientists, and even business people.

“We hope that our partners will constructively consider the Russian proposal,” said Putin.

The high-level debate on ‘Enhancing Maritime Security — A Case for International Cooperation’ held a video conference at the UN Security Conference.

The meeting is attended by several heads of state and government of the UN Security Council member states and high-level briefers from the UN System and key regional organizations.

Speaking at the debate, US Secretary Anthony Blinken thanked India for its leadership and bringing all the countries together to recommit and strengthen the maritime rules and principles.

“I’m grateful for India’s leadership in bringing us together today and calling on all nations to recommit to defending and strengthening the maritime rules and principles that we forge together and committed to uphold,” Blinken said.

In a recent development, major European countries are sending their naval firepower to the Indo-Pacific in a show of support for Washington’s efforts to curb Beijing’s militarization of the South China Sea.

“Let me thank you, Mr. Prime Minister, for the fact that you, as someone who is currently holding the UN Security Council presidency, convened this Security Council meeting to discuss an important and sensitive topic, namely, modern challenges and threats in maritime security,” said Putin in the release.

«Previous Post
US Itself Is The Biggest Threat To Peace, Stability In South China Sea: China»Next Post
Indian Parliament Passes Taxation Bill Amidst Protests From Opposition