The remains are part of a Tupolev Tu-2 that broke up during a storm in 1950.
By Ipek allahyari August 10, 2021
Facebook
Twitter
Linkedin
Email 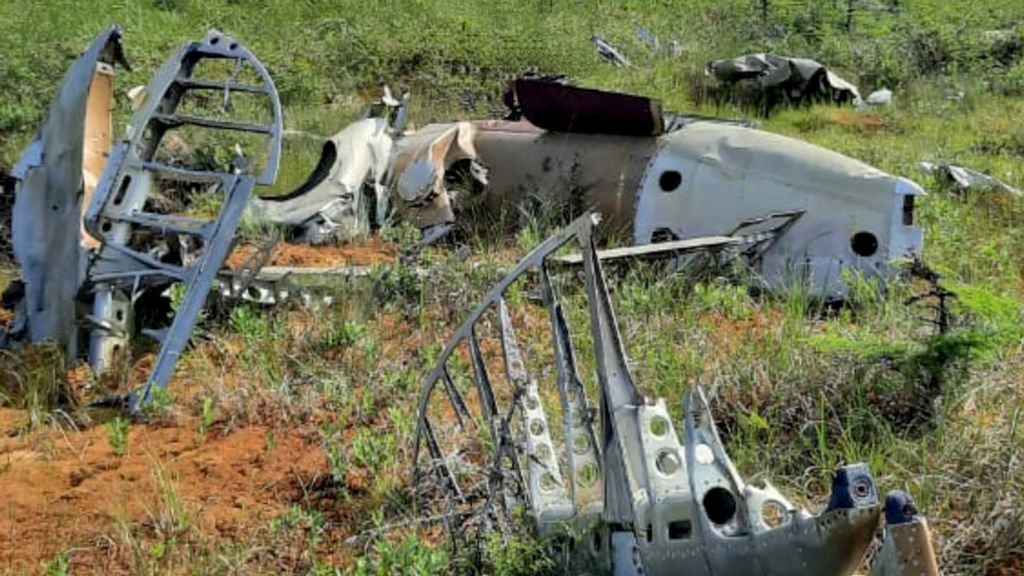 A Russian bomber missing since 1950 has been discovered on Sakhalin Island, Russia. (@aviapoisk_dfo/Zenger)

Searchers have found the remains of a Russian bomber that were scattered on the ground for decades. The World War II-era craft was discovered on a remote island 70 years after it vanished midflight during a storm in 1950.

The wreck was found after two years of fieldwork by the AviaPoisk search association and representatives of the Russian Ministry of Defense. They determined that the crash site was on Russia’s largest island, Sakhalin, the northernmost island of the Japanese archipelago. It is administered as part of Sakhalin Oblast.

The AviaPoisk search group, founded in 2007, is an association of people interested in the military history of Primorsky Territory and in particular of aviation history. They revealed details of the discovery on Instagram after finding the wreckage of the Tu-2 bomber.

The Tupolev Tu-2 that crashed was a twin-engine Soviet plane with a maximum speed of 245 mph that saw a lot of action during World War II. The model was designed to be either a fast bomber or a dive-bomber capable of carrying a large bomb load at a speed similar to that of a single-seat fighter. It was designed to challenge the German Junkers Ju 88.

The Tu-2 was regarded as one of the top performers during World War II and played a crucial role in the Red Army’s final offensives.

The recently discovered plane crashed several years after the end the war, on Sept. 26, 1950. At the time it was part of the 327th Bomber Aviation Regiment of the Third Air Force of Long-Range Aviation. The crew consisted of a pilot, a navigator and two air gunner-radio operators; all are believed to have perished in the crash.

The crew went into thick storm clouds at 11:53 a.m., the last time a message was received from the team, and communication was then lost.

Field reconnaissance teams said the plane broke up in midair, probably as a result of severe turbulence as evidenced by the parts lying at great distances from each other and traces of deformation.

The fuselage, tail and both engines ended up in a swamp; the cockpit was embedded in the soft ground.

Local authorities are arranging for the fuselage to be lifted from the swamp and have set up a field camp as work gets underway.  It was not immediately known where the remains of the plane will be taken.