The single and music video for “WAP” debuted in August 2020 and is a part of Cardi B’s upcoming second studio album. 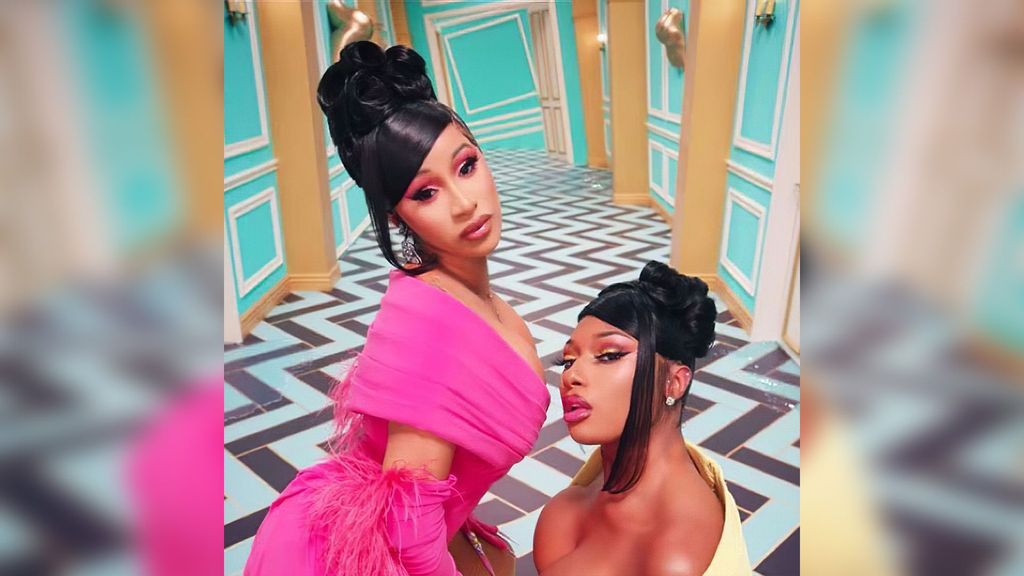 'WAP' debuted at the top of the Billboard Hot 100, but it met backlash from conservatives. (Cardi B, @iamcardib/Instagram)

WASHINGTON — American singers and rappers Cardi B and Megan Thee Stallion might collaborate once again.

The duo celebrated the first anniversary of their chart-topping single “WAP” over the weekend and teased a possible new collaboration.

“Wow I can’t believe wappity WAP turned one today. It don’t even feel like it. What a record! @theestallion we should do it again sometime (sic),” B tweeted.

Stallion also appeared to be on board for a follow-up to their controversial hit.

“Happy WAPIVERSARY. Thank you for having me, I think the people deserve another collab (sic),” she responded, retweeting B’s tweet.

They debuted the single and music video for “WAP” in August 2020, from B’s upcoming second studio album. The highly-lauded video featured cameos from Kylie Jenner, Normani, Rubi Rose, Sukihana, Rosalia, and Mulatto. The women donned some opulent takes on sexy lingerie as they showed off their moves in separate rooms of a funhouse mansion.

Although the track debuted at the top of the Billboard Hot 100, giving B her fourth No. 1 single in the United States and Stallion’s second, it was met with backlash from several conservatives.

B has continued to defend the song, opening up about the response to Apple Music in February 2021, as per reports.

“When ‘WAP’ came out, the people that were criticizing it the most, they were like, ‘This is so nasty, this is so freaky’ — I don’t even think it was religious people, it was really a lot of Republicans (sic),” she said, noting that they also disapproved of her endorsing Bernie Sanders and President Joe Biden in the past.

“And it’s just like out of anything that y’all could have talked about it? (sic)”

Stallion also addressed the backlash on The Late Show with Stephen Colbert.

“First of all, I wanna say thank you to Cardi for even putting me on the song,” she said in December 2020.

“But, I mean, I felt like that was really, like, a little weird. I know the Republicans have been having a bad year, and they probably needed to take their frustration out somewhere (sic).”

“But I wanna tell them thank you for the streams! (sic)” she said with a laugh.

“Because without you, I don’t know if we would’ve been here! But no, them people crazy – why you worried about my WAP? (sic)”

Both the rappers later teamed up to perform the song on live television, serving a raunchy display during the 63rd annual Grammy Awards in March 2021.

The clip also featured an edited scene of Berry dancing in the 1997 movie “B.A.P.S.,” which heavily inspired the “WAP” music video.