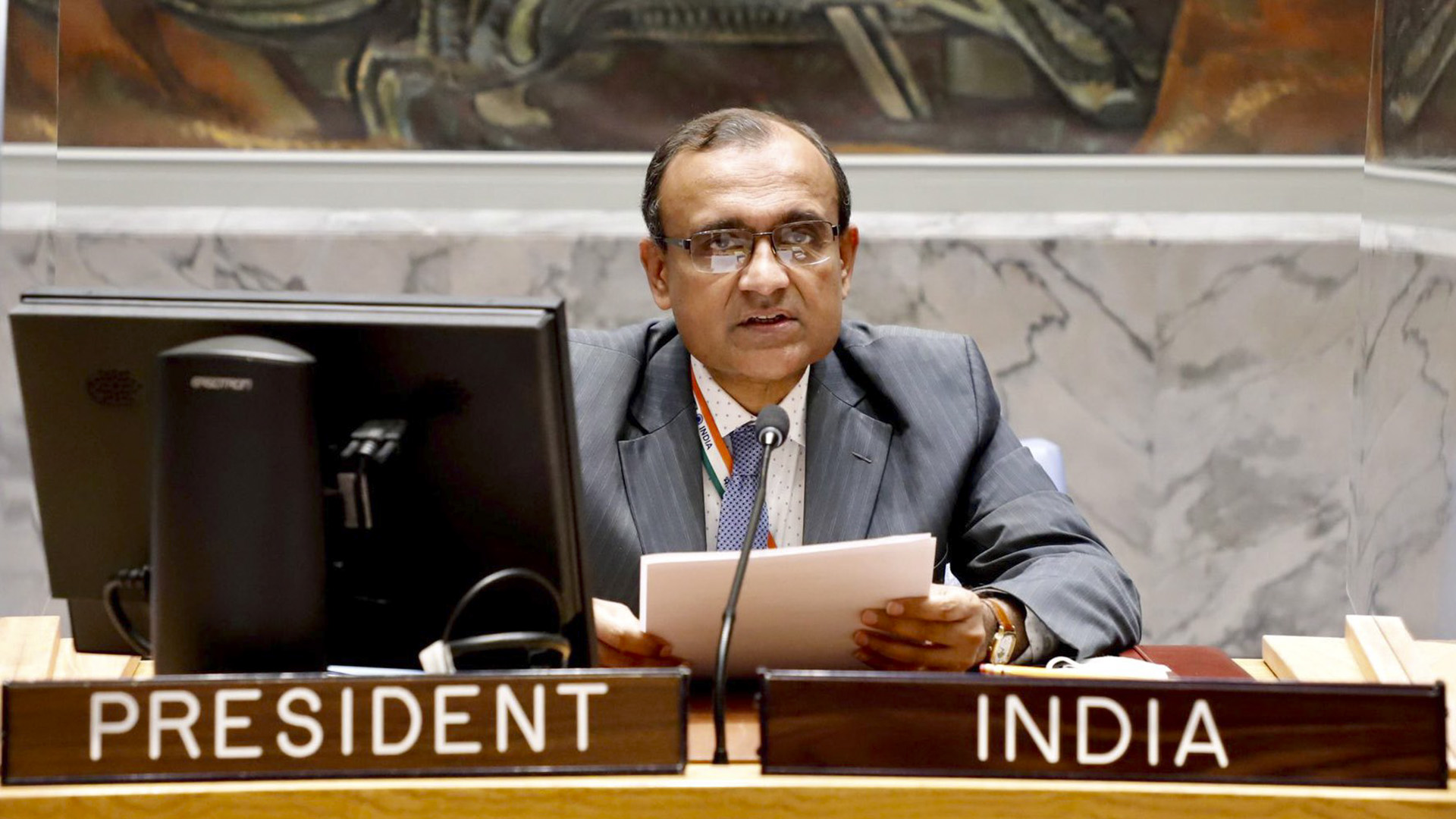 NEW DELHI — Indian envoy to the United Nations, T.S. Tirumurti, said there must be zero tolerance for terrorism to restore peace and sovereignty in Afghanistan, and terrorist breeding grounds in the region should be eliminated.

“It needs to be ensured that Afghanistan’s neighbors and the region are not threatened by terrorism, separatism, and extremism,” Tirumurti said.

“There needs to be zero tolerance for terrorism in all its forms and manifestations. It is equally important to ensure that the territory of Afghanistan is not used by terrorist groups to threaten or attack any other country. Those providing material and financial support to terrorist entities must be held accountable.”

The envoy said that the current situation prevailing in Afghanistan is of great concern to India.

Civilian casualties and targeted killings have reached record levels, reads a report by the UN.

Tirumurti referred to the recent killing of Indian photojournalist Danish Siddiqui by the Taliban and the attack on Afghanistan’s Defence Minister, saying: “The rapid deterioration of the security situation in Afghanistan constitutes a serious threat to regional peace and stability.”

Unidentified shooters killed over 100 Afghan civilians in the Taliban-occupied Spin Boldak district in Afghanistan’s Kandahar in a recent invasion by the United Nations-designated terrorist organization.

“It is, therefore, time for the international community and, in particular, this Council to take stock of the situation and decide on actions that would help bring a permanent and comprehensive ceasefire and ensure an immediate cessation of violence,” said Tirumurti.

“Anything short of this will constitute a serious threat to regional peace and security.”

Extending support for dialogue between the Afghan government and the Taliban, the Indian envoy said, “If the peace process is to be successful, then it is necessary to ensure that the Taliban engage in negotiations in good faith, eschew the path of violence, sever ties with the Al-Qaeda and other terrorist organizations, and commit itself towards reaching a political solution.”

Violence and military threats cannot be used to strengthen the negotiating position of any side. A tangible demonstration of this commitment is required, he said.

“I would like to reiterate our support for an inclusive, Afghan-led, Afghan-owned, and Afghan-controlled peace process,” he said.

“Any political arrangement or settlement in Afghanistan must ensure that the gains of the last two decades are protected and not reversed.”

India called on the United Nations Secretary-General to take the initiative towards finding a lasting and durable outcome.

“The only way we welcome any move towards a genuine political settlement that leads to these objectives. The only way forward is negotiations that will provide an acceptable compromise reflecting the Doha Process, the Moscow Format, and the Istanbul Process,” said Tirumurti.

India has consolidated its stance towards Afghanistan in ensuring that peace and stability are restored through a legitimate and transparent democratic process essential for the long-term stability of Afghanistan and the region.

“We will continue to provide all support to Afghanistan in realizing their aspirations for a peaceful, democratic and prosperous future, free of terror, where the rights and interests of all sections of the Afghan society are promoted and protected,” said the envoy.