An Israeli Vaccine May Be The Solution To New Variants

Injectable and oral vaccines under development may prove significant in protecting people from mutations of the coronavirus.
By Abigail Klein Leichman August 9, 2021
Facebook
Twitter
Linkedin
Email 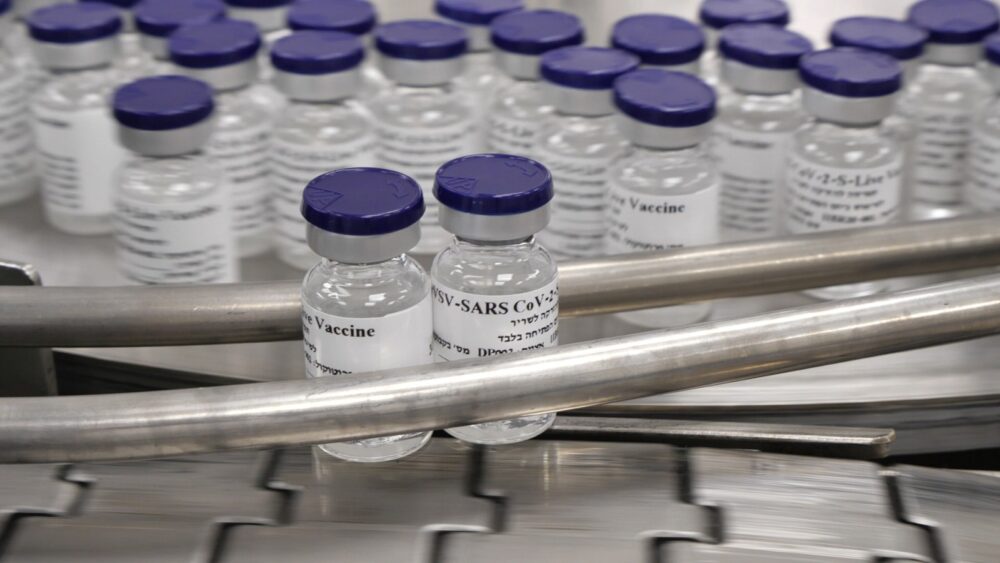 Several COVID-19 vaccines under development in Israel hold out promise for their ability to protect against variants of the virus that are challenging existing vaccines.

Research groups across the world were racing in May 2020 to formulate vaccines against the SARS-CoV-2 coronavirus.

Realizing it was not going to win that race, Israel purchased millions of Pfizer-BioNTech and Moderna mRNA vaccines from the United States and led the world in getting eligible citizens vaccinated.

Israel was the first country to offer the vaccine to 12 -to 15-year-olds and to offer booster shots to immunocompromised people and those over 60.

However, domestic inoculations still to come may become significant as primary vaccinations or as boosters against highly contagious variants of the virus.

BriLife is based on a previous FDA-approved vaccine platform that was further optimized by IIBR and targeted towards COVID-19. Because it is a live-virus vaccine, NRx anticipates rapid and affordable industrial scale-up and manufacturing.

“As the first-generation COVID vaccines are increasingly challenged by rapid mutation of the coronavirus, we aim to develop a vaccine that can rapidly scale at low cost to serve the needs of both the developed and the developing world,” said Chaim Hurvitz, director of NRx, chairman of Israeli private equity group CH Health, former director of Teva Pharmaceuticals and former president of the Teva International Group.

Hurvitz is co-leading this initiative with NRx Pharmaceuticals Chairman and CEO Dr. Jonathan Javitt, a public health expert who had leadership roles in seven successful healthcare IT and biopharma startups and led drug-development programs for Merck, Allergan, Pharmacia, Novartis and Pfizer.

BriLife is continuing Phase II clinical trials in Israel and is preparing for Phase III trials at hospitals in the United States and in Europe.

MigVax, a vaccine-development startup spun out of the Israeli Science and Technology Ministry’s Migal Galilee Research Institute, is developing an oral COVID-19vaccine, MigVax-101.

This “sub-unit” vaccine contains pieces of coronavirus protein (not live or dead virus) delivered by mouth to stimulate antibodies and immune cells to fight coronavirus in mucosa, blood and cells.

MigVax released results on June 10 from preclinical tests on lab rats that demonstrated the potential effectiveness of MigVax-101 as an antibody booster for previously vaccinated people.

Now the company is raising funds to launch Phase I and Phase II human clinical trials. If such trials prove successful, the vaccine could be commercialized within a year after the trials begin.

An oral vaccine offers significant advantages over injected vaccines because it could be taken at home — no appointments, waiting for turns, or sore arms. Although it would have to be refrigerated, it would not need “deep freeze” conditions that make the mRNA vaccines expensive and difficult to ship and store.

MigVax says its vaccine candidate is uniquely positioned to tackle new variants because the subunit can be adapted quickly to novel variants.

And its protein components are stable, meaning the vaccine may remain effective for longer periods before requiring a booster.

Furthermore, MigVax-101 could be more acceptable to a wider population, including people wary of receiving injections of genetic or viral material, as well as infants, children, pregnant women and others.

“The results of this trial increase our confidence that our MigVax-101 subunit oral vaccine will make a positive contribution to a world coming to grips with the new post-pandemic reality,” said professor Itamar Shalit, MigVax’s infectious disease expert.

“Oral boosters such as our MigVax-101 will be key enablers that will help health organizations the world over transition from ‘panic mode’ to routine, due to their ability to reduce the cost and expand the reach of ongoing vaccination programs.”

Another oral COVID-19 vaccine is under development at Oravax Medical, a subsidiary of Jerusalem-based Oramed Pharmaceuticals formed last March as a joint venture with India-based Premas Biotech.

That could make Oravax potentially effective against current and future mutations both as a standalone vaccine as well as a booster for previously vaccinated people.

“Our vaccine is a particularly strong candidate against the evolving COVID-19 virus due to its unique targeting of three proteins rather than one,” said Nadav Kidron, CEO of Oramed.

Oravax completed a successful pilot study on animals. Now the vaccine candidate is being tested in animals against variants including the Delta variant.

Proof-of-concept clinical trials are soon to start in Israel at Tel Aviv Sourasky Medical Center to measure the level of antibodies and other immunity indicators.

Kidron has said that Oramed initially wants to target its vaccine to countries that haven’t been able to afford mRNA vaccines for their populations. An oral vaccine, as stated above, is less costly to ship, store and administer without the need of healthcare professionals.

Several other potential Israeli vaccines are in early stages of development, some of them in labs at universities including the Technion-Israel Institute of Technology, Tel Aviv University and Bar-Ilan University.

An oral sub-unit coronavirus vaccine being developed in Rehovot at TransAlgae would use an edible delivery vehicle based on engineered algae.

Bioencapsulated inside the algae, a specific coronavirus protein molecule travels intact through the digestive system to stimulate its target, the immune system.

The company’s main field of expertise is animal and fish vaccines as well as crop insecticides.

“We are not a pharma company and were not interested in going into human health at this moment. But our shareholders were asking us, ‘why not use this for human beings?’ We took the challenge,” said Ronen.

Will An Israeli Vaccine Be The Solution To New Variants? appeared first on Israel21C.