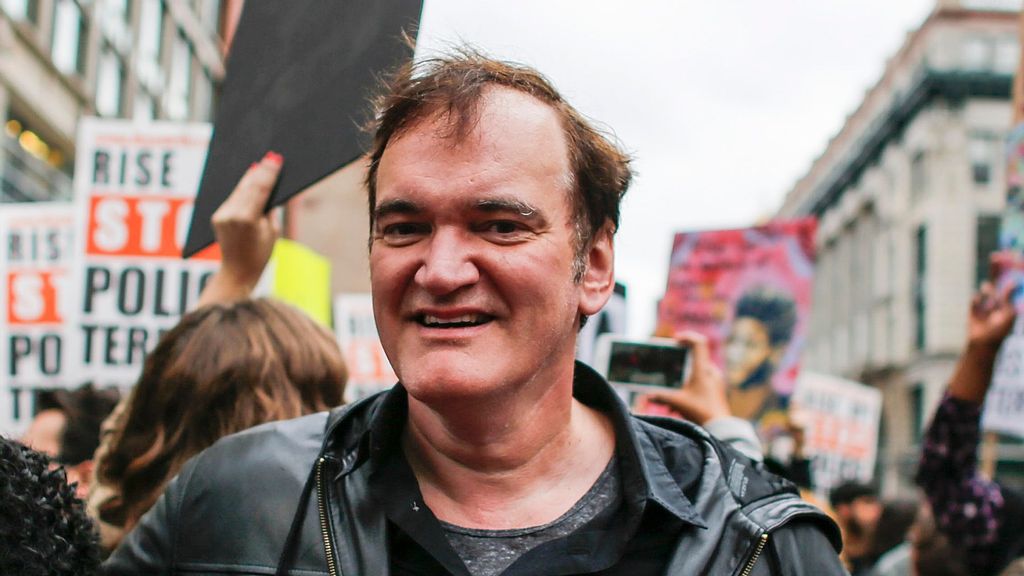 Quentin Tarantino also said that he began writing screenplays in elementary school but got in trouble with his teachers. (Kena Betancur/Getty Images)

WASHINGTON — Quentin Tarantino, the Academy Award-winning filmmaker from the US, disclosed recently that he vowed as a kid that he will never share a penny of the money that he will gain as a movie-maker with his mother because she allegedly did not support his film career.

Tarantino revealed the same in an interview for a podcast show. He also said that he began writing screenplays in elementary school but got in trouble with his teachers, who “looked at it as a defiant act of rebellion that I’m doing this instead of my school work.”

The director shared that he wrote a script called ‘Captain Peachfuzz and the Anchovy Bandit’ when he was just 12-year-old.

The “Once Upon a Time in Hollywood” filmmaker said that he struggled academically in school and that “my mom always had a hard time about my scholastic non-ability.”

“And when she said that to me in that sarcastic way, I was in my head, and I go, ‘OK, lady. When I become a successful writer, you will never see a penny one from my success. There will be no house for you. There’s no vacation for you, no Elvis Cadillac for mother. You get nothing. Because you said that.”

Tarantino said that his mother is still living but added to his decision long ago to cut her out financially.

Tarantino’s mother, Connie, was reportedly 16 years old when she gave birth to the legendary director in Tennessee, and they subsequently moved to Los Angeles when he was 4-years-old.

Tarantino also recalled how he serendipitously cast Christophe Waltz in his 2009 blockbuster, “Inglourious Basterds“, and then “inventively had Waltz rehearse separately from the rest of the cast, including Brad Pitt, to keep the foreign actor’s vast talents under wraps till cameras rolled.”

Tarantino has received many industry awards, including two Academy Awards, two BAFTA Awards, four Golden Globe Awards, and the Palme d’Or. He has been nominated for an Emmy and five Grammys. In 2005, he was included on the annual Time 100 list of the most influential people in the world.