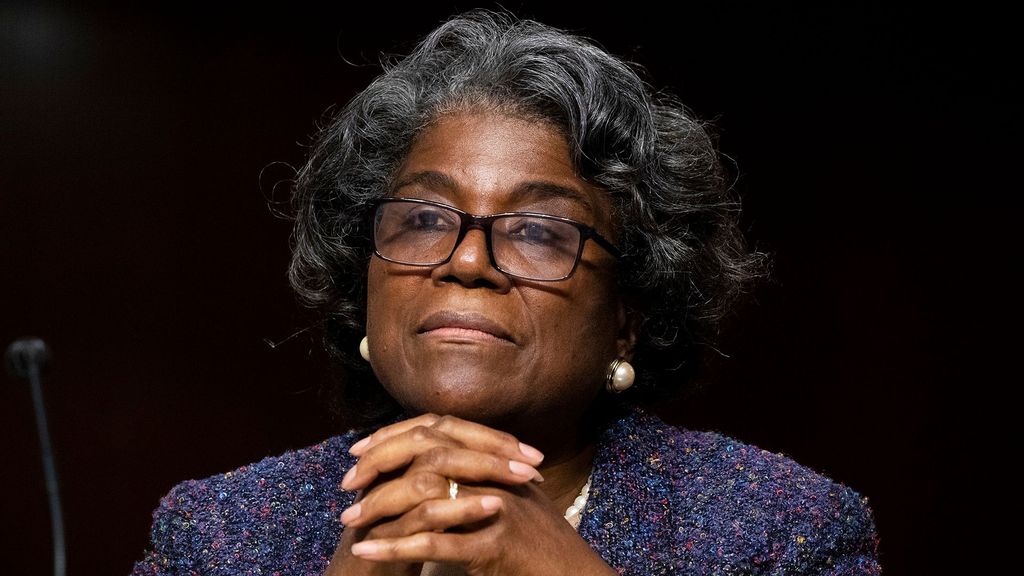 Moe is currently under pressure for resignation by the country’s military junta.

“We unequivocally condemn this threat to Ambassador Kyaw Moe Tun, which fits a disturbing pattern of authoritarian leaders and their supporters reaching across the globe — including into the United States, to persecute and repress journalists, activists, and others who dare speak or stand against them,” Thomas-Greenfield said in a statement.

The US officials have arrested two men, Phyo Hein Htut and Ye Hein Zaw, for the assassination plot. Htut and Zaw both are citizens of Myanmar and were residing in New York.

“These are only the most recent acts of translational repression, and they must be met with the condemnation of the world and with full and certain accountability,” said Thomas-Greenfield.

“We will not stand for efforts by authoritarian regimes and their supporters and enablers to repress people on our soil or across borders, and we will continue to coordinate with allies and partners, including at the United Nations, to stand against transnational repression; anywhere.”

In an attempt to kill Myanmar’s Permanent Representative to the United Nations, Htut communicated with an arms dealer in Thailand, who sells weapons to the Burmese military, overthrowing Myanmar’s civilian government in February 2021.

She further expressed her solidarity with Myanmar’s envoy, who “continues to demonstrate remarkable courage and bravery in speaking on behalf of the people of Burma (Myanmar) who demand a return to democracy.”

The two individuals also discussed plans to hire people to maltreat the Ambassador to resign from his post or kill him if he refused.

After Moe Tun had denounced the country’s military takeover and sided with the government in exile, the incident came to light.

Earlier, the US Secretary of State Antony Blinken had also expressed “grave concern” over military rule in Myanmar and urged the Association of Southeast Asian Nations (ASEAN) to act to restore democracy in the country.

“ASEAN’s leadership is also needed to address the military coup in Burma,” he said in a statement.

“In my meetings this week, I again called for ASEAN to urge the military to end the violence, restore Burma’s democratic transition, and release all those unjustly detained.”

Kyaw Moe Tun had denounced the military takeover of the country and sided with the government in exile.

Myanmar’s military leader Min Aung Hlaing recently declared himself prime minister of the country and said he plans to be in charge for two years during an extended state of emergency before holding an election in 2023.

The Association of Southeast Asian Nations (ASEAN) foreign ministers have appointed Brunei’s second Foreign Minister, Erywan Yusof as a special envoy to Myanmar to facilitate mediation among the stakeholders and find a peaceful resolution of the political crisis in the country.

Over 945 people have been confirmed to be killed since the military takeover on February 1, as per the Assistance Association for Political Prisoners.