The massive wave of Covid-19 raging in Myanmar is compounding hunger amid political turmoil: United Nations. 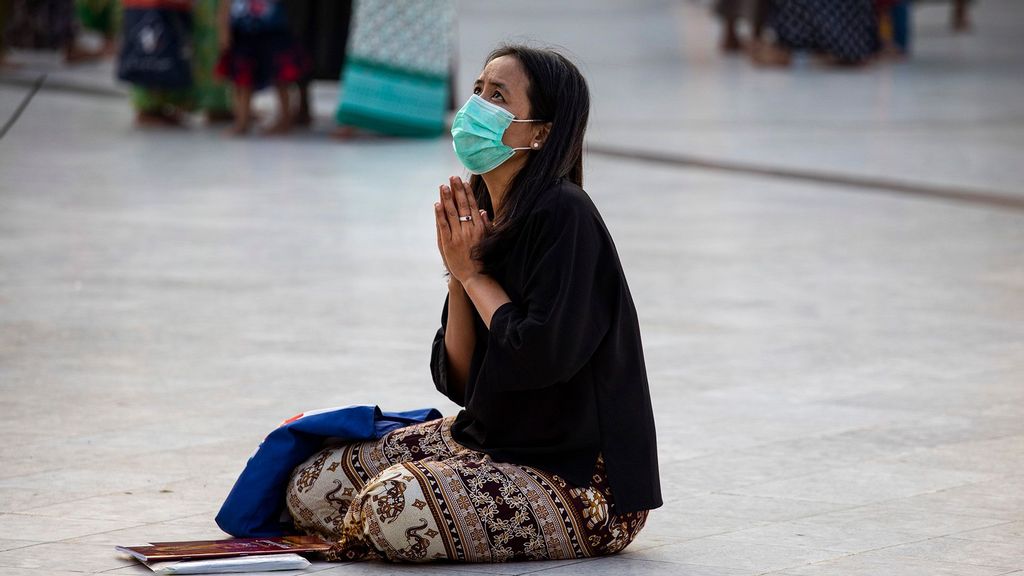 A Burmese woman prays at the Shwedagon pagoda in Yangon, Myanmar. With little information about cases in some South East Asian countries health experts are  worried that the infection could be spreading undetected throughout much of the region. (Paula Bronstein/Getty Images )

“World Food Programme warned that its lifesaving operations in Myanmar are being held back by a major funding shortfall, with over 70 percent of its funding needs over the coming six months still unmet,” the United Nations food assistance agency said in a statement.

The World Food Programme had launched a new food response targeting over two people in the country’s two biggest cities — Yangon and Mandalay.

The global humanitarian organization has estimated that the number of people facing hunger could more than double to 6.2 million in the next six months, up from 2.8 million before February.

“Nearly 90 percent of households living in slum-like settlements around Yangon say they have to borrow money to buy food; incomes have been badly affected for many.”

The coup triggered mass protests, which were quashed with deadly violence in the country.

“More than 220,000 people have fled violence since February and are in urgent need of humanitarian assistance,” the statement said.

“World Food Programme has reached 17,500 newly-displaced people and is working to assist more in August. In total, 1.25 million people in Myanmar have received World Food Programme food, cash, and nutrition assistance in 2021 across urban and rural areas.”

The progressing turmoil since the February coup has left the United Nations Humanitarian Organization needing $86 million to fight hunger over the next half-a-year, as per its website.

People in Myanmar have resorted to substituting regular food intake with cheaper alternatives that have dramatically reduced the nutritional value that food baskets provided them with.

Civil disobedience, increasing violence and inflation, and unemployment due to instability have caused large-scale socio-economic and humanitarian crises in the nation of some 54-million people.