Pranay Pachauri who will appear as a young soldier opened up being subject to intense training under the Indian army.
By Zenger News Desk August 9, 2021
Facebook
Twitter
Linkedin
Email 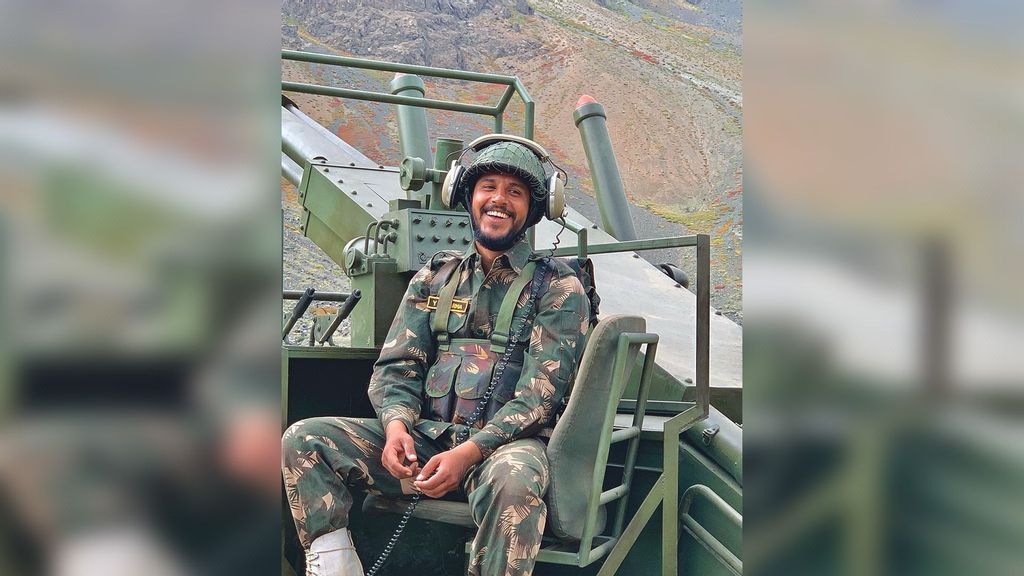 Actor Pranay Pachauri, who will be seen in the role of an army man in 'Shershaah' movie opened about his experience of getting intense training under real-life Indian jawans. (Pranay Singh Pachauri, @pranaypachauri/Instagram)

NEW DELHI — “Shershaah”, an upcoming Hindi film based on a fallen Indian soldier’s quest to save the motherland, will release on Amazon Prime Video this week, and actor Pranay Pachauri opened up about the intense military training he was subject to for the role of a subordinate fellow soldier ahead of the release.

“To understand the mind of a soldier, we had to mingle, talk and train with jawans to get a better understanding of their psyche,” said Pachauri.

“We were given a lot of tactical training and inputs from army personnel’s on how to shoot, hide, run and respond to commands on a mountainous terrain like Kargil. We were taught how to dismantle, clean our rifles and reassemble them all under a minute.”

Tamil-film director Vishnu Varadhan’s Bollywood debut with “Shershaah” will follow the life of Param Vir Chakra-awardee Captain Vikram Batra, who laid down his life in the line of duty while recapturing Indian territories from Pakistani intruders during the Kargil War in 1999.

Param Vir Chakra is a gallantry award of the highest order and is the Indian equivalent of the Victoria Cross (United Kingdom) or the Medal of Honour (United States).

For his immense bravery, Captain Batra was given the title of ‘Sher Shah’ (Lion King). Actor Sidharth Malhotra is essaying the titular role of the late officer.

Pachauri was trained in many military traits and knowledge, from standing for a counterattack to regimental values to shooting positions. His major takeaways were a lesson on ‘Brotherhood’ that inspires courage, sacrifice, and commitment to the nation and fellow troopers.

In the upcoming film, he plays the role of a Rifleman, Yashpaul Sharma—the youngest soldier in Captain Vikram Batra’s team. It was by no means easy for him to step into the shoes of an army man.

“We shot the film at 12,000 to 13,000 feet in Kargil (a town in the Himalayan far north) that means very little oxygen and the weather was unpredictable and it was extremely tough for our bodies to acclimatize as we were using real rifles,” said Pachauri.

“We had to fight, shoot, run and carry out missions at real-time locations, but thanks to our commando training, we were quick to adapt. It was eerie to shoot in such real-time locations, imagining how it must have been; this is how it must have felt during the Kargil war. We could see Pakistan from our shooting location and knowing that they could probably see us shooting. It just gave us goosebumps, and for some moments, it all felt real.”

“Shershaah”, which co-stars Kiara Advani, is scheduled to release on Aug. 12 on Amazon Prime Video India.