Offered To Reduce My Contract By 50 Percent To Stay With Barcelona: Lionel Messi 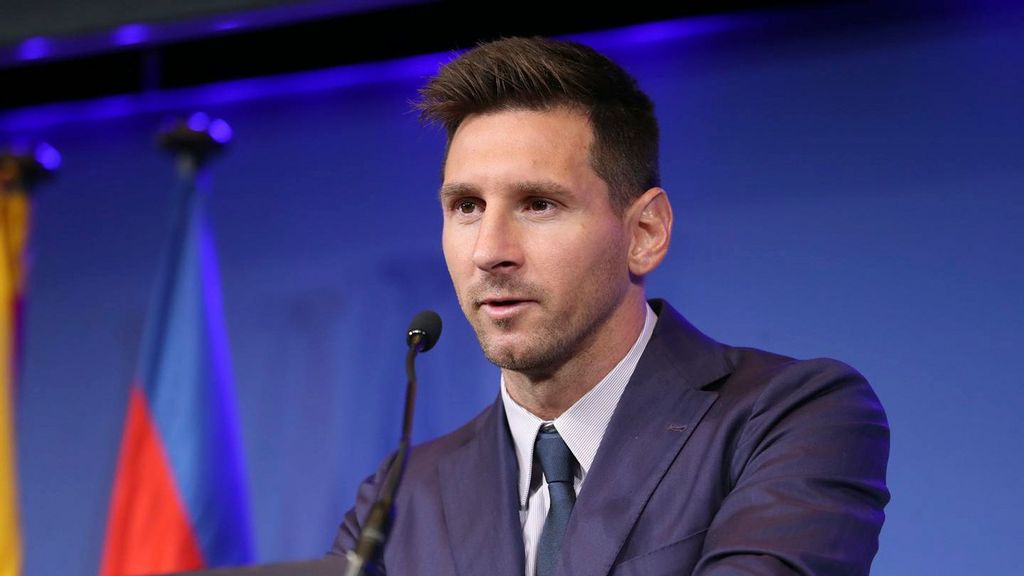 The clarification came from Messi's side during his farewell speech as he bid adieu to FC Barcelona after 21 years. (Leo Messi/Facebook)

BARCELONA, Spain — Lionel Messi, former captain of Spanish football club FC Barcelona, disapproved the reports that he had asked for a 30 percent rise in his new contract. He also said that he had offered to lower his wages by 50 percent to stay in the club.

The clarification came from Messi’s side during his farewell speech as he bid adieu to FC Barcelona after 21 years. He was unable to hold his tears as he waved goodbyes to his teammates.

“The report that I asked for 30 percent more is a lie,” said Messi. “It is a lie. I offered to reduce my contract by 50 percent, and then they did not ask me for anything else.”

Messi won 10 LaLiga titles and four Champions Leagues during his stint at Camp Nou while scoring 672 goals across all competitions.

In what came as one of the biggest news in the football world, Messi left FC Barcelona earlier this week. The club cited financial and structural obstacles for his exit.

Despite Barcelona and Lionel Messi has reached an agreement and the clear intention of both parties to sign a new contract on August 5, this cannot happen because of Spanish LaLiga regulations on player registration as per the club statement.

As a result of this situation, Messi shall not be staying on at FC Barcelona. The statement said that both parties deeply regret that the player’s wishes and the club will ultimately not be fulfilled.

“FC Barcelona wholeheartedly expresses its gratitude to the player for his contribution to the aggrandizement of the club and wishes him all the very best for the future in his personal and professional life,” it said as per fcbarcelona.com.

Messi has spent his entire career with Barcelona after signing on with the club in 2004. His contract expired in June 2021, but he was set to sign a new deal with the Catalan side.

Some in France’s Ligue 1 have mixed feelings about the impending arrival of Messi to French club Paris St. Germain, as per rumors, who will form a superstar attacking force alongside Kylian Mbappe and Neymar, who earns a reported $42.3million a year and is Messi’s former Barcelona teammate.

A move to the Parc des Princes would mean a reunion with his Argentina international colleague Angel di Maria.