Mexican Scientists Use Nanotechnology To Prevent Spread Of COVID-19

Scientific innovation does not stand out in Mexico, but a piece of research points to a more promising future.
By Laura Vela August 9, 2021
Facebook
Twitter
Linkedin
Email 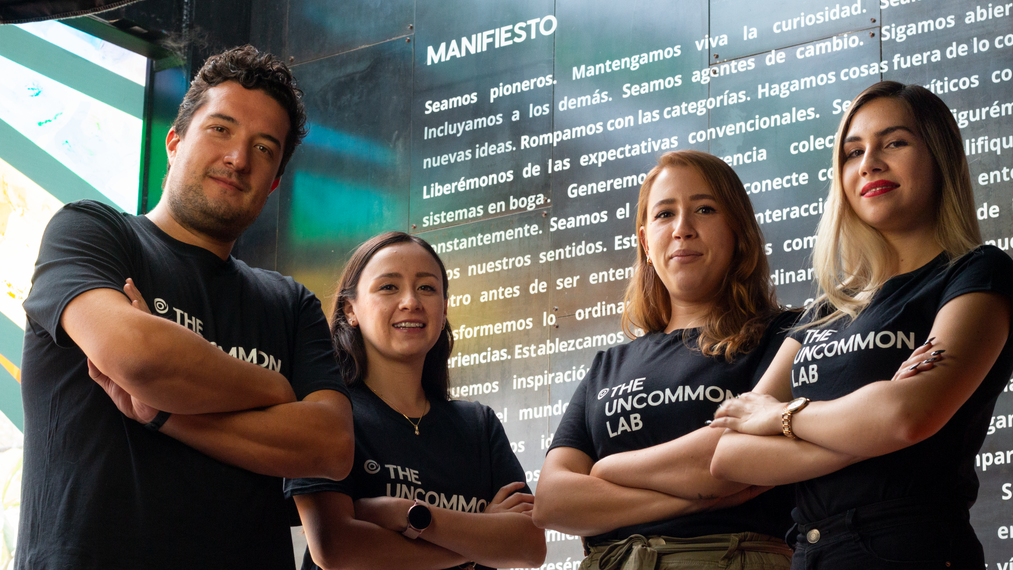 MEXICO CITY — Scientists from Jalisco, Mexico, launched a project at the beginning of the pandemic aiming to develop an antiviral shield that could prevent the spread of COVID-19. They had a simple goal in mind: to protect a group of employees and their families while commuting between a factory and their homes. But achieving the objective was not easy.

The Uncommon Lab — as the group of scientists would later be named — created a series of prototypes on March 27, 2020, a few days after the lockdown began in Mexico and a month after the country’s health authorities confirmed the first COVID-19 case. They produced more than 300 in 21 days. A year later, the company had already achieved its initial goal of introducing creams and sprays with antiviral protection developed through nanotechnology.

“We were thinking of those workers who had to leave their homes, despite the lockdown and the infection waves. We wanted to create a system that helped them disinfect [themselves and their environment] and helped things remain protected for a long span. We used a regular base for sanitizers made of cationic surfactants and added nanotechnology,” said Marc Freudenberg, the co-creator and General Manager of The Uncommon Lab.

RNA viruses, such as the coronavirus, are usually covered by a lipid coat with structural proteins that can break when soap is applied.

Cationic surfactants can break surface tension and dissolve fats. Their ability to interact with lipid membranes makes them a suitable choice as disinfectants.

When a surfactant dissolves in water, it forms micelles capable of encapsulating fats. While their interior attracts fat, their outer layer can stick to water. Surfactants perform this function not only in water but also in gels and creams.

The COVID-19 pandemic highlighted the importance of handwashing and sanitation to prevent virus infections, but these measures help only until one touches a contaminated surface again. Essential workers and people who cannot keep a strict quarantine need a solution capable of simplifying the cleaning process while extending the protection period and minimizing the risk of contagion.

Carolina Martínez works in the food industry, deemed essential by Mexico’s “Official Gazette” on March 31, 2020. She works as a product demonstrator in one of Mexico’s biggest supermarket chains.

Due to her job, she visits stores in Mexico City’s metropolitan area daily. She does not have a car and makes about six trips a day using public transport. Martínez combines the Metro, the Metrobús — a couple of routes served by high-capacity buses — and small microbuses.

“Not only do I have to expose myself to the insecurity of the public transport system and the danger of being mugged or having an accident. … Throughout the pandemic, I have had to add to the pile the risk of getting infected,” she said.

Throughout the pandemic, Martínez has not had days off or staggered schedules to avoid being in the streets. “It’s like the pandemic doesn’t exist,” she said, explaining that she resorted to a series of routines to try to avoid catching the disease.

“When this started and we didn’t know much [about the virus], I wore gloves, face mask and face shield. I also avoided grabbing any surface in public transport. Upon arriving at my job, someone took my temperature; I walked on a mat with chlorine and washed my hands very well, up to my elbows. I also used hand sanitizer throughout the day. … Back home, I did the same thing, but I also took off my shoes before entering the house and disinfected and washed my clothes. I did all this every single day.”

But Martínez’s ritual was not enough to keep her safe. “I got sick regardless. I was able to stay healthy for about eight months, but then I got sick. Some of my colleagues were infected and, despite all I did, I fell sick too. I had an awful time, but at least I was able to recover,” she said. Today, she continues with most of her routines to prevent new infections, but she also seeks better solutions.

The Uncommon Lab’s nanotechnology solution can be of enormous help for people in Martínez’s situation.

The Uncommon Lab developed biofilms with metallic nanoparticles that grant up to three hours of protection. The film deactivates the virus when it comes into contact with a surface that has already been disinfected, according to the lab’s report. The lab has applied this technology to some of its products, including creams and sprays for textiles.

“The use of nanotechnology in the cosmetic industry is not new. It’s even regulated by the U.S. Food and Drug Administration. The development of nanoparticles as disinfectants and protecting agents has been around for a long time and has been studied, especially in the context of the pandemic,” said Freudenberg, explaining that what is new is applying this technology to unusual products, which is what The Uncommon Lab is doing.

“Some products on the market claim to have nanoparticles, but they [their developers] have not presented durability studies, which we have done,” he said.

Nanotechnology is a scientific field that has gained relevance amid the pandemic. But despite its possibilities, there is still a lot of research to be conducted. Scientists indicate in the Journal of Nanobiotechnology that “further studies are needed on the use of nanotechnology for more efficient disinfectant and sanitizing systems, as well as obtaining self-disinfecting surfaces to improve efficacy for infection control and health and environmental safety.”

Robero Iberri, The Uncommon Lab’s technology director, said that he is not aware of the uses of nanotechnology in spray sanitizers for textiles or air conditioners, which is what the lab is developing. “We found a nanoparticle that could help us; we formulated it and made it functional so that it would be viable for everybody.”

Mexico is not the only country in Latin America trying to bring the benefits of nanotechnology to antiviral protection. Dr. José Luis Solís Véliz has led a team of scientists in Peru that manufacture fabrics with antiviral, antimicrobial and antifungal properties.

Unfortunately, The Uncommon Lab’s study results are an isolated case in Mexico, as technological innovation does not find much support in the country.

The Global Innovation Index ranks the annual innovation performance of more than 100 countries. China ranks first in the upper-middle-income group, with patents representing 10 percent of the country’s innovation quality score. Malaysia is also on the list with 8 percent, and South Africa, with 5 percent, per the 2020 study.

By comparison, countries like India and Russia have 3 percent, and Mexico and Argentina have 1 percent.

Today, two out of the three unicorn companies — private companies with billion-dollar valuations — in Mexico belong to the fintech sector. The third works on the collaborative economy and the automotive industry.

“There is a lot of academic talent in the country’s [universities and research centers], but it is not linked to companies. At The Uncommon Lab we believe that there is talent and research capacity in the country. … We would like to invite both researchers and the private sector to join forces in making Mexican science contribute even more to the country,” Freudenberg said.