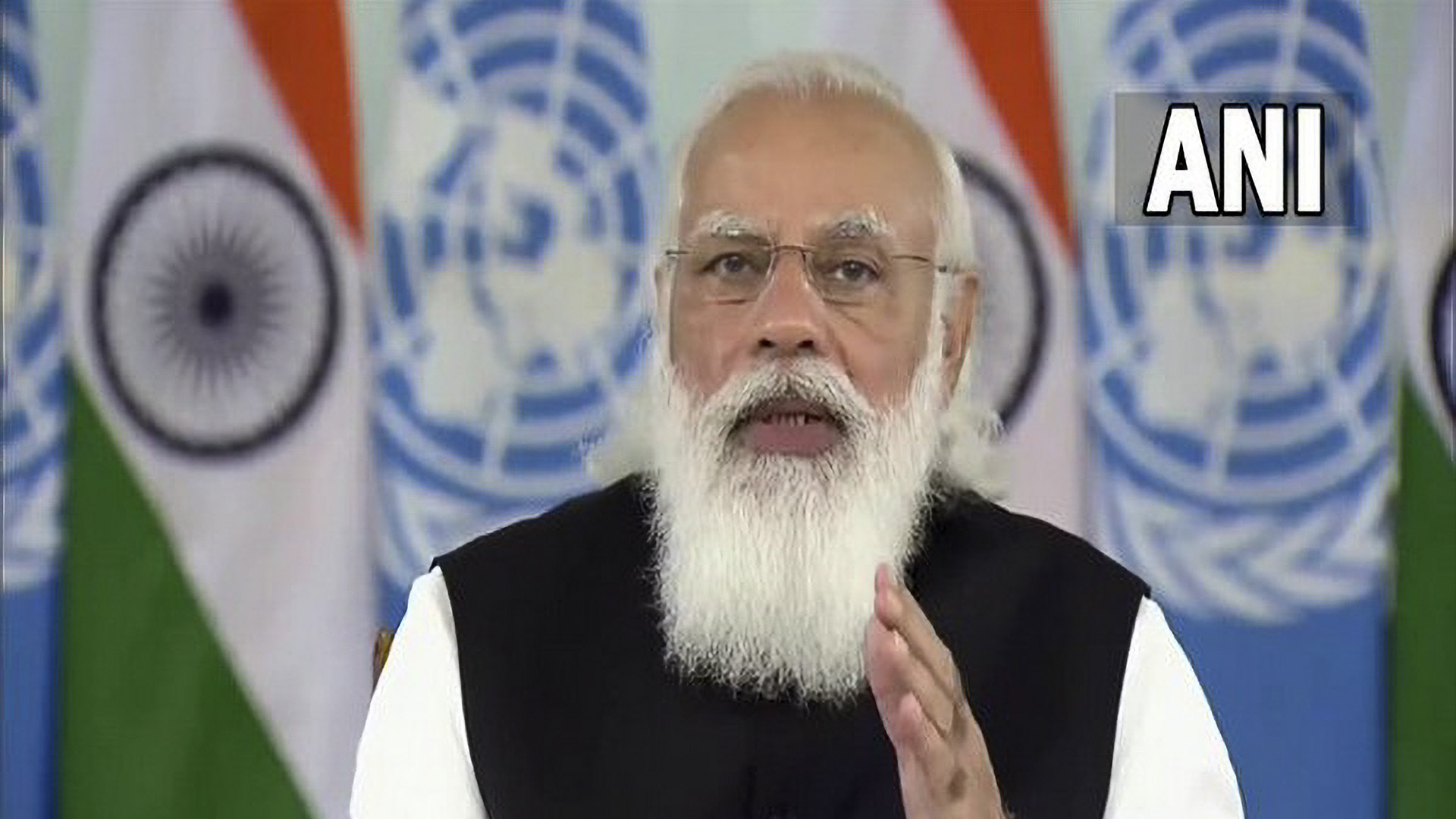 Narendra Modi is the first Indian Prime Minister to preside over a meeting of the UN Security Council. (ANI)

NEW DELHI — In the UN Security Council’s High-Level Open debate, Indian Prime Minister Narendra Modi said that “prosperity of all” depends on the active flow of maritime trade, and any hindrance can threaten the entire global economy. He also called for the removal of barriers to legitimate naval business.

Modi, who chaired the debate titled ‘Enhancing Maritime Security: A Case for International Cooperation’ through video conference, said that the sea routes are considered the lifeline of the international trade and that the heritage faces many challenges.

“We should remove barriers from legitimate maritime trade,” said Modi. “The prosperity of all of us is dependent on the active flow of maritime trade. Any hindrance to it can threaten the entire global economy.”

“The ocean is our common heritage. Our sea routes are the lifeline of international trade. And, the biggest thing is that these seas are significant for the future of our planet. But this shared maritime heritage of ours is facing many challenges today.”

Noting that sea routes are being misused for piracy and terrorism, he said that there are maritime disputes between many countries.

“And climate change and natural disasters are also related to the maritime domain,” he said.

The prime minister said that the international community should face natural disasters and maritime threats created by non-state actors together.

Modi is the first Indian Prime Minister to preside over a meeting of the UN Security Council.

The meeting is attended by several heads of state and government of the UN Security Council member states and high-level briefers from the UN System and key regional organizations.

On Aug. 5, the Ministry of External Affairs informed that the high-level virtual open debate of the UN Security Council on ‘Enhancing Maritime Security— a case for International Cooperation would be presided by Modi.

The meeting will be held under the Agenda Item Maintenance of International Peace and Security on Aug. 9, said the Ministry of External Affairs on Aug. 5.

Right before that, on Aug. 3, Mohammad Haneef Atmar, Foreign Minister of Afghanistan, called Subrahmanyam Jaishankar, his Indian counterpart, on Aug. 3 to ‘discuss convening an emergency session of the UN Security Council on Afghanistan.’

“Called Indian Finance Minister S. Jaishankar to discuss convening an emergency UN Security Council Session on Afghanistan,” Atmar tweeted. “UN and the international community must play a greater role to stop the unfolding tragedy in Afghanistan due to Taliban violence and atrocities. Appreciate the lead role of India as current UNSC President.”

Atmar, on Twitter, said that the United Nations and the international community should take more responsibility and play a more significant role in stopping the unfolding tragedy in Afghanistan due to the violence and the atrocities caused by the Taliban.