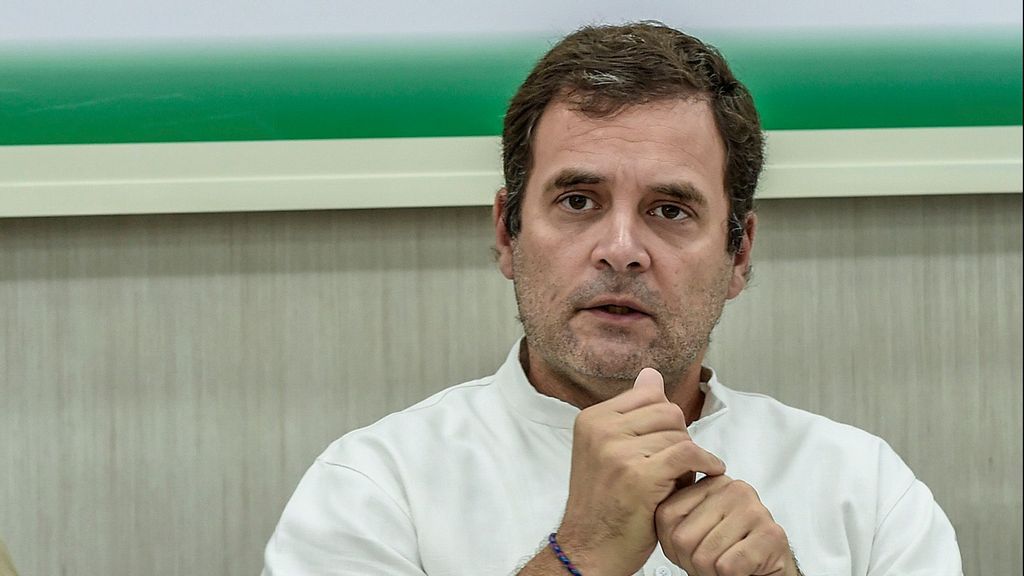 The Indian National Congress on Aug. 7 said that party leader Gandhi’s Twitter account was temporarily suspended, but he stayed connected through other social media platforms.

Twitter had, on Aug. 6, taken down Gandhi’s tweet that revealed the identity of the relatives of a rape and murder victim in Delhi. The victim was a minor.

Indian National Congress leaders also alleged that the suspension was due to pressure from the central government.

The youth and students organization of the Indian National Congress and National Students Union of India announced a protest against Twitter India.

Youth Congress protested in Delhi outside the Twitter office on Aug. 9. The student wing, the National Students Union of India, protested near the Parliament area.

Gandhi had met the family members of the victim and local people. He tweeted a picture with the girl’s parents, wherein he demanded justice for the victim’s family.

Gandhi, a critique of the central government, has not been able to tweet for two days due to restrictions.

“Instead of giving justice to the daughter of a Dalit, the Prime Minister Narendra Modi-led government is conspiring to suppress the loud voice demanding sympathy and justice,” tweeted Congress general secretary and media in-charge Randeep Surjewala.

“PM Modi, by scaring #Twitter, closing the account of Rahul Gandhi, you will not be able to suppress the voice of justice.”

“On Aug. 2, the National Commission for Scheduled Castes met the family of an innocent daughter of Delhi and posted the photos of the parents on Twitter, if I’m correct,” said Surjewala.

“Also, a former Bharatiya Janata Party [India’s ruling party] MP and member of National Commission for Scheduled Castes had put photos of parents on Twitter on Aug. 3, then also it is okay. And if Rahul Gandhi asks for justice for the victim, then it’s a crime.”

“See the double standard. Twitter India, how fearful are you of the Modi government that you are singling out Rahul Gandhi’s account when government bodies have done the same thing,” said Congress general secretary K.C. Venugopal in a tweet.

Venugopal termed it as a dual attitude of Twitter.

National Students Union of India Chief Neeraj Kundan said that the ruling government’s “threat politics” is at its peak, and they are pressuring Twitter to do this.

“We will oppose it in every manner,” Kundan said.