Syed Aziz started fundraising for the medicinal expenses of his sister, who was diagnosed with brain cancer two years back.
By Zenger News Desk August 9, 2021
Facebook
Twitter
Linkedin
Email 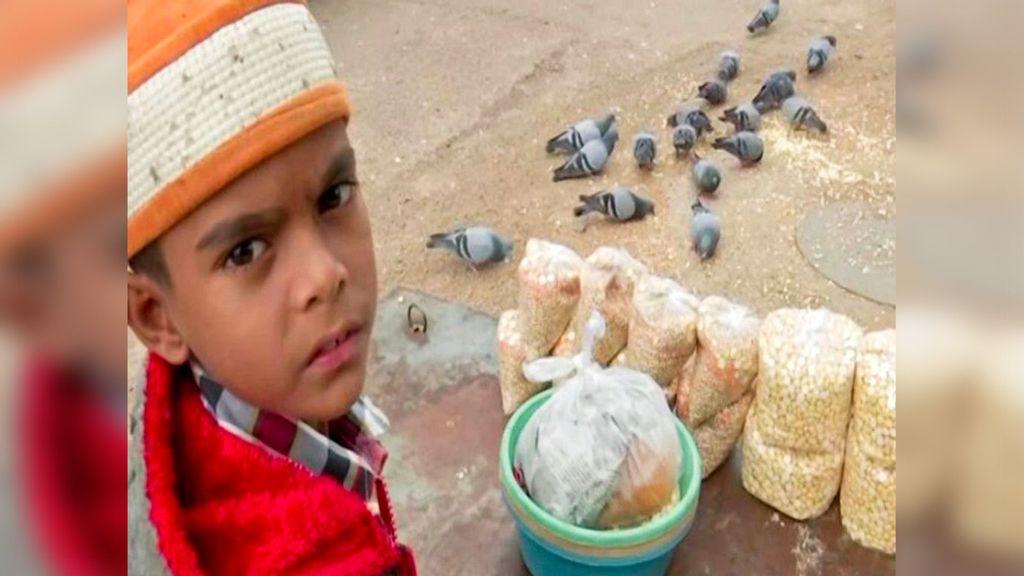 10-year-old Syed Aziz from Hyderabad has started selling bird food for raising funds for the treatment of his sister who has been diagnosed with brain cancer. (ANI Image)

HYDERABAD, India — Syed Aziz, a 10-year-old boy from the south Indian city of Hyderabad, is selling bird food on the streets to raise money for his sister’s brain cancer treatment.

Aziz started fundraising for the medicinal expenses of his 12-year sister, Sakeena Begum, who was diagnosed with brain cancer two years back. He has stepped forward to help his family by selling seeds.

Though Aziz has decided to sell bird food, he has not quit his education. Aziz is continuing his education at a local Madarsa in Hyderabad.

“I sell bird food from morning 6 am to 8 am and from 8 am onwards I attend my classes at Madarsa till 5 pm,” Aziz said.

“Sakeena was diagnosed with brain cancer two years back, and since then, the whole family has been going through hardship for her treatment,” said Bilkes Begum, the mother of Aziz and Sakeena.

“We were scared when the doctors told us about her health condition. The doctors suggested that Sakeena should undergo radiotherapy. We have received funds from the Telangana Government, and the whole amount got exhausted in her radiotherapy. Now, we are back to square one in terms of finance for her treatment after spending money on all the medical requirements.”

Aziz was moved by the state of his family and took it upon himself to help.

“That is when my son decided to help us out,” the mother said.

“He said that he would be selling the bird food along with me and had set a separate bench for selling bird food on roads.”

She said that the income they both earn by selling bird food was just enough to look after her medicines and diagnosis expenditure, including MRI, X-ray, and blood tests. She appealed to people to come forward and help them in saving her daughter.

Syed Lateef, the father of Aziz, paints houses for his living.

The parents of Sakeena Begum and his brother Syed Aziz requested people to help them save her life.

India is among the few developing countries with a National Cancer Control Programme, launched way back in 1976 and revised every decade until the 2000s.