The image has been compared to the “Disaster Girl” meme, which netted a young woman $487,000. 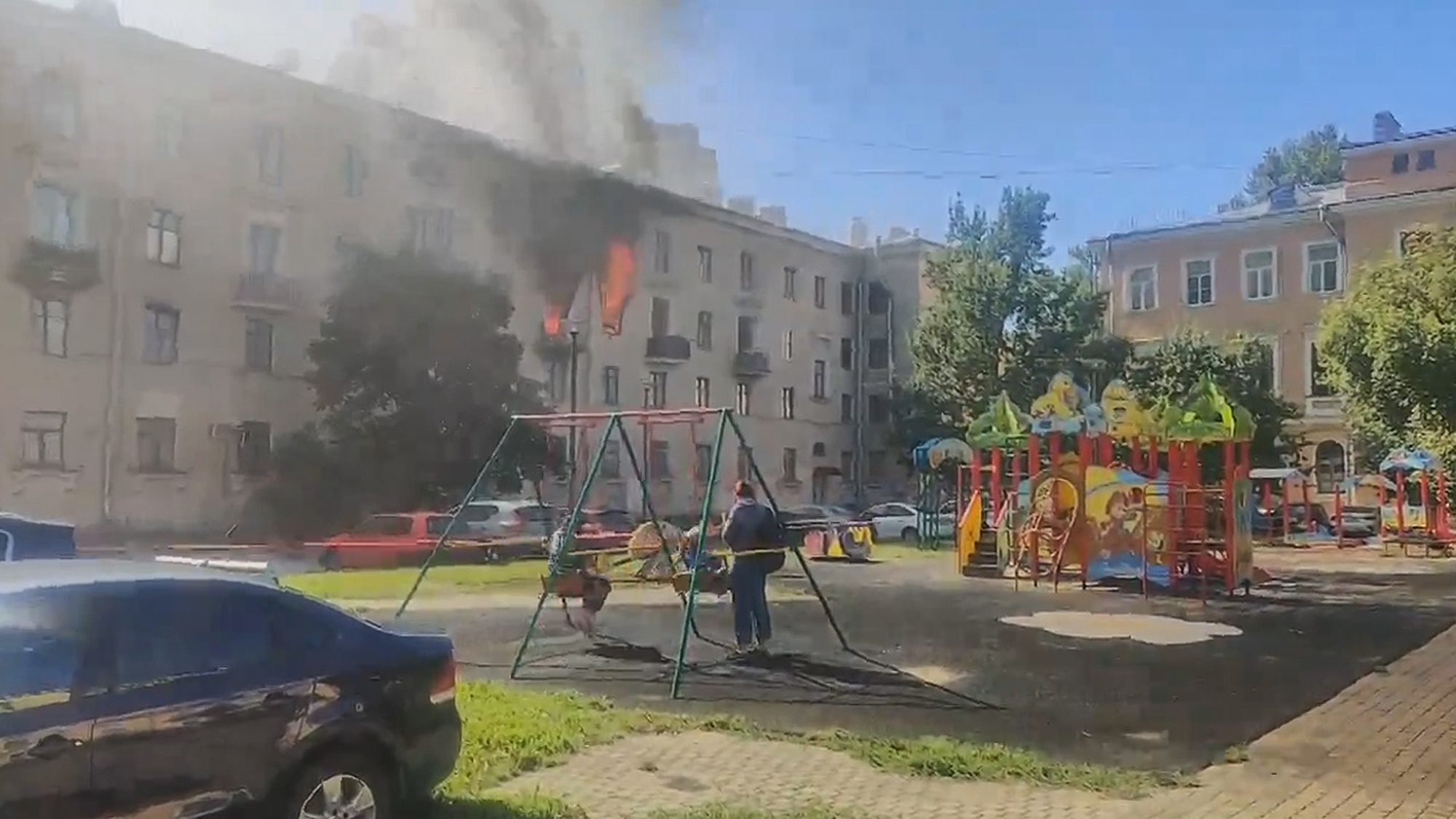 Two boys play on a swing set, apparently paying no heed to the fire in the nearby building. (Artyom Yakovlev/Zenger)

Two children have inadvertently become a meme after a video clip of them playing on swings while a fire rages in a building just yards away went viral.

The video of the children contrasted with the devastation of the fire is being compared by some to the “Disaster Girl” meme of a young Zoë Roth, now 21. She became a viral sensation in 2007 when she was 4 years old, pictured in front of a burning building, smiling devilishly. The image sold in April for $487,000 as an NFT.

NFT is an abbreviation for non-fungible tokens, a form of digital currency.

The incident pictured here involved a fire that broke out on the third floor of a four-story building in Saint Petersburg, Russia, a port city on the Baltic Sea, on Aug. 3.

Despite the fire and smoke billowing from the windows, the two children continue to play as normal while a woman, reportedly their mother, stands by.

There were no reports of casualties in the fire, which was extinguished by a team of 16 firefighters.

The video, filmed by Artyom Yakovlev, was posted to the group Accidents and Emergencies Saint Petersburg on the Russian social network VKontakte.

“I work not far from the courtyard where a nonresidential building … caught fire. Seeing the fire, I began to film everything on camera. Suddenly I saw two children playing on a swing as if nothing had happened, and their mother was standing next to them.

“I immediately remembered a similar picture from the internet, ‘Disaster Girl’… We stayed in the courtyard for 10 to 15 minutes. The fire was strong and smelled strongly of burning and smoke. I left there, and the children continued to play on the swing.”

The “Disaster Girl” meme was an image that was Photoshopped in 2005 by Dave Roth, father of Zoe. It was posted on photo-sharing site Zoomr two years later. He took the photo during a training exercise at a firehouse near their home in Mebane, North Carolina.

Zoe Roth, a student at the University of North Carolina-Chapel Hill, followed the sale of the photo at auction on April 17 that netted her nearly a half-million dollars.

Saint Petersburg, where the recent video was shot, is a city noted for its lavish architecture, created by Peter the Great. It features imperial parks and palaces in the suburbs, as well as the onion domes of the Church of the Savior on the Spilled Blood.