VIDEO: Dramatic Battle To Save Thermal Power Plant From Wildfires In Turkey

Wildfire has been raging in the region for a week.
By Feza Uzay August 6, 2021
Facebook
Twitter
Linkedin
Email 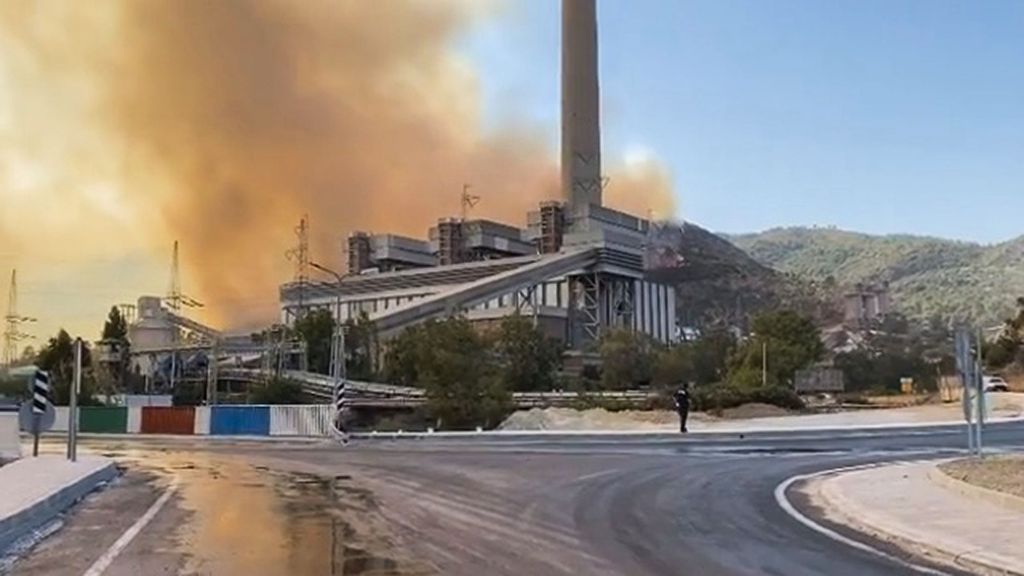 A wildfire spread close to the Kemerköy Thermal Power Plant in the district of Milas in Muğla, Turkey, on Aug. 4. The fire was extinguished after 11 hours. (@muhammettokat48/Zenger)

A coal-fired power station in southern Turkey was evacuated, along with a nearby town on the Aegean Sea after they were threatened by wildfires raging across the region.

Fire near the Kemerköy Thermal Power Plant in the province of Muğla was finally extinguished on Thursday after a lengthy battle.

The fire broke out in Milas at the end of July.

Fire engines and water tankers were positioned around the plant to protect it. Despite the threat of strong, unpredictable winds, the fire did not reach the main buildings of the plant.

Kemerköy personnel were evacuated in the evening. Flammable materials were also removed. Trees around the power plant were cut down to prevent spreading, and trenches were dug to add further protection, according to reports.

The Ministry of Agriculture and Forestry said 167 fires have been brought under control in 33 provinces in the last eight days. However, 16 fires continue to burn in seven provinces.

Health Minister Fahrettin Koca said eight people have died, and 1,170 have been injured in the forest fires raging since July 28.

Pro-government media in Turkey have reported the Children of Fire initiative, linked to the Kurdistan Workers’ Party (PKK), has claimed responsibility for starting fires ravaging the Turkish Riviera.

Turkey regards the PKK as a terrorist organization.

The Children of Fire Initiative reportedly stated the fires were in response to “the fascist Turks who invaded and exploited our country and pillaged our nature by burning it.”

President Recep Tayyip Erdoğan on Saturday visited the southwestern town of Marmaris, another seaside resort, which has been declared a disaster area.

Erdoğan also announced the arrest of a suspect accused of starting a fire in a local forest.

“There is one detainee in Milas. If this is sabotage, we must punish those responsible,” he said during a visit to a local crisis center.

Russia, Iran, Ukraine and Azerbaijan sent firefighting planes, and similar aircraft were headed to Turkey from Spain and Croatia as the fires continued to burn. The government has faced criticism from some who say the administration was ill-prepared to address large-scale wildfires.

A heatwave across Southern Europe has sparked wildfires across the Mediterranean and is expected to continue in Greece and Turkey until the end of the week.