Police in pursuit of the unusual floating vehicle were temporarily stymied when the battery of their borrowed boat died. 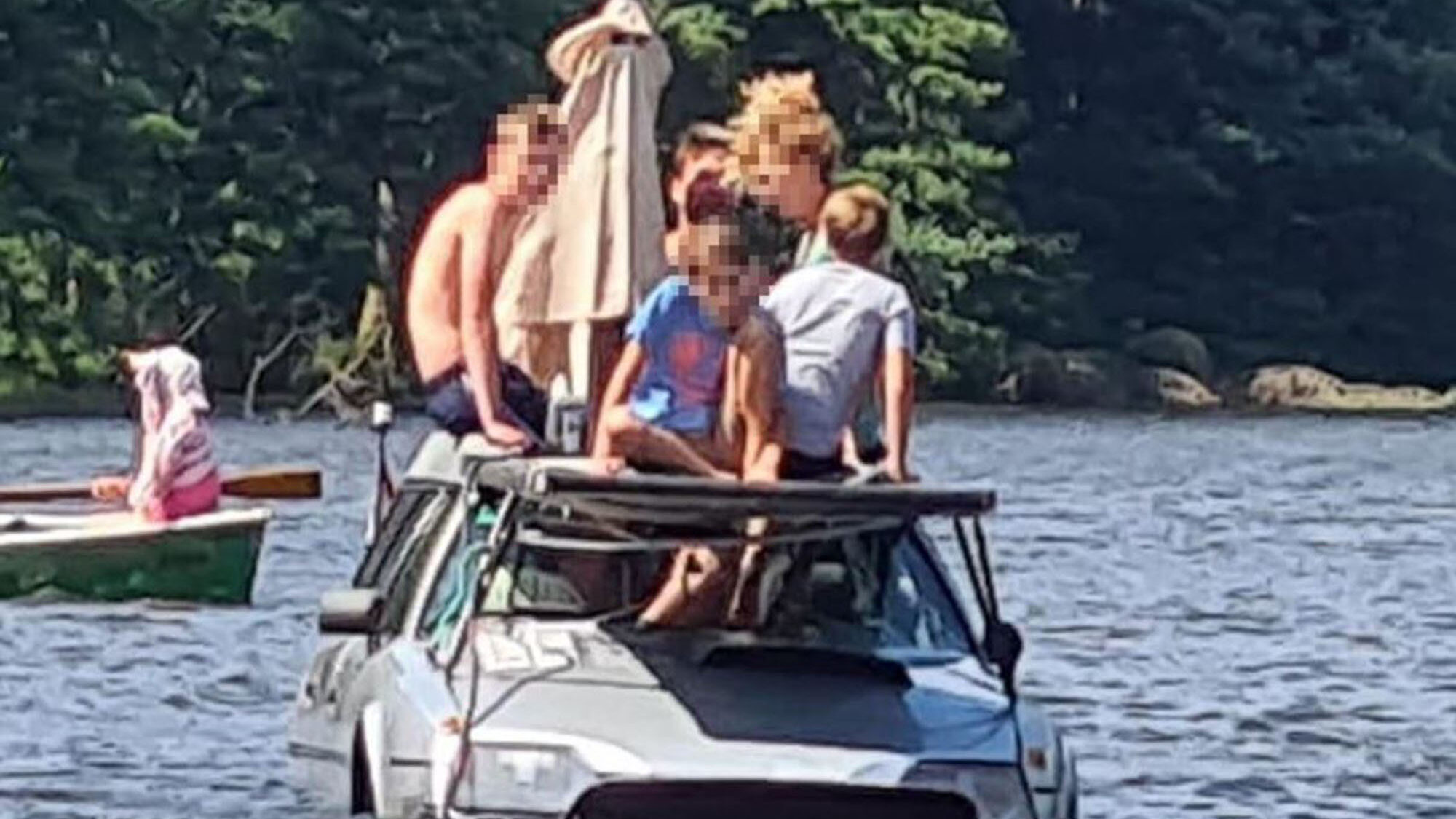 A vacationing Dutch family sailing along a German river on their amphibious vehicle was chased down by police in July. (Viechtach Water Rescue Service/Zenger)

A Dutch family triggered a police intervention after officers discovered them sailing in a car converted into a watercraft on a river in southern Germany.

The police were puzzled after they saw a vacationer, his wife and their four children sailing in their amphibious vehicle on the Schwarzer Regen River in Viechtach, Bavaria, about 177 kilometers (110 miles) northeast of Munich.

Amphibious vehicles are viable on land as well as on or under water. They can be bicycles, ATVs, cars, buses, trucks, combat vehicles, boats and hovercrafts. In this case, it appears a conventional car body serves as the hull of the craft, with room on top for the crew to sit.

Local media reported that the officers received a call regarding a “strange vessel” that was about to enter Hollensteinsee Lake. They immediately went to evaluate the situation at around 1 p.m. on July 30.

After they saw the family sailing on the river in the amphibious vehicle, the officers borrowed an electric boat from a private individual in order to chase down the group.

The chase soon came to a halt as their borrowed electric watercraft’s battery died. The police were left in the middle of the river and called the Viechtach water rescue service.

With the help of the water rescue service, officers were able to overtake the family’s boat near the village of Pirka. An inspection revealed that the amphibious craft had an electric engine, not a gas-powered motor. Police told the family that motorized boats are generally not allowed on the river and prepared a report citing several violations of the water and navigation law, according to local reports. The family then removed their vehicle from the water.

Police informed the Public Prosecution Office and the district office about the case.

A six-day meeting of more than 150 amphibious vehicle enthusiasts was held in Vilshofen an der Donau, but it was not immediately known if that was the family’s destination.

The use of amphibious vehicles dates to at least the 1770s. They were used primarily as dredging barges until around 1920, when people turned to them for recreational use.

The amphibious vehicle market is expected to reach $5.02 billion globally in the defense and commercial sectors by 2027, according to Allied Market Resarch. Figures on the use of such vehicles for pleasure by private individuals were not immediately available.