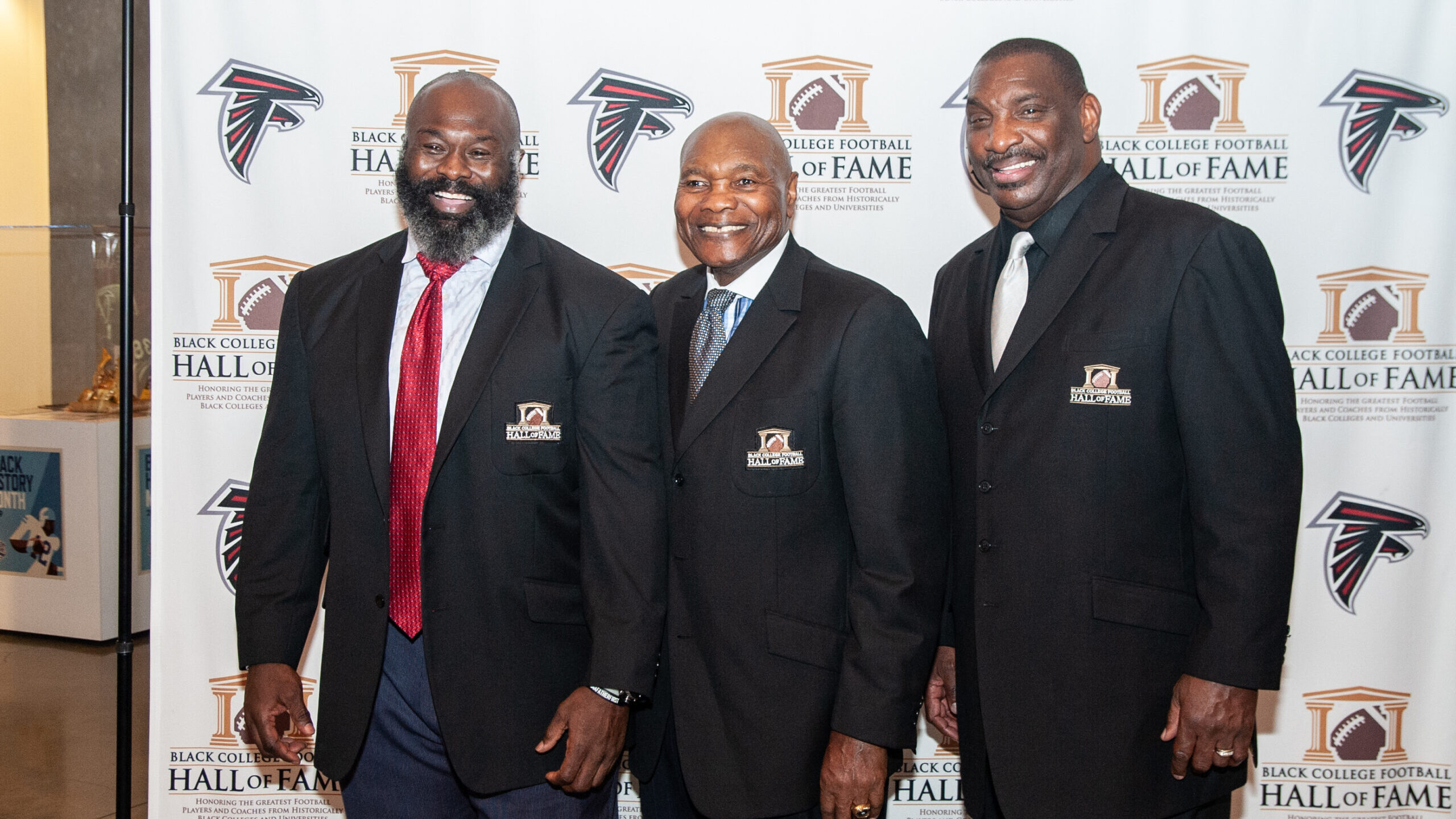 It’s a question seldom asked, much less explained: Why is ending the color barrier celebrated in baseball and rarely mentioned in pro football?

Every year on April 15, Major League Baseball celebrates the day Jackie Robinson played his first big league game in 1947 with the Brooklyn Dodgers, breaking the color barrier in America’s national pastime. Professional football offers no such recognition, even though an informal agreement barred black players from 1933 to 1945. For all the notoriety Robinson deservedly receives, black players who integrated pro football have gotten little recognition for their efforts.

That may change with the publication of a new book, “INBOUNDS: The Evolution of Historical Black College Players in Professional Football.” Written by Howard University professor Alois Ricky Clemons, the 215-page reference book lists every player from a historically black college or university (HBCU) who played professional football from 1949 to 2020. It also highlights the 17 black players who played pro football between 1902 and the institution of the ban in 1933.

The primary focus of the book, illustrated by artist John Dupree, is to catalog every player from an HBCU who played in the NFL, beginning with Tank Younger of Grambling State in 1949. But Clemons also pays homage to pioneers such as Charles Follis, who played for the Shelby (Ohio) Athletic Club in 1902, and others such as Charles “Doc” Baker, Henry McDonald, and Gideon Smith, who all played before the National Football League formed in 1920. Fritz Pollard and Paul Robeson were among 13 black players who competed in the NFL before the ban.

“I’ve come to the conclusion the ban was made for economic reasons,” Clemons said. “This was the midst of the Great Depression, and there was no way the owners were going to have these black players making money playing football when white people were out of work and starving.”

Washington owner George Preston Marshall, an avowed racist, is regarded as the instigator behind the ban. Still, it wouldn’t have persisted without other owners such as George “Papa Bear” Halas, Art Rooney and Tim Mara being complicit during the 12 years when no blacks played in the league. The NFL barely mentioned this stain during its 100-year celebration last year.

But the ban moved out of the shadows in 2019 when the Chicago Bears had two African-American players, Tarik Cohen and Kyle Fuller, model the Bears’ 1936 throwback jerseys when there were no black players on the team at the time. In essence, they became the first black players to wear those uniforms.

The “unofficial” ban ended in March 1946 when Kenny Washington signed with the Los Angeles Rams amid pressure from black journalists and Los Angeles community leaders who opposed a segregated league using the city-owned Memorial Coliseum. However, Washington isn’t viewed as the Jackie Robinson of pro football because the Rams signed Woody Strode few months later, and the Browns signed Marion Motley and Bill Willis in 1946 as well.

“It’s amazing how the [end of the] ban in baseball is celebrated, and the ban in football is not even talked about,” Clemons said. “There’s no real reason football has gotten a pass. Maybe it’s the amount of black players that have gone in the league since then.”

Clemons’ book, researched with the help of students from North Carolina A&T and Howard universities, includes 30 Hall of Famers, black college All-Americans, and a host of players long forgotten. Among those appreciative of Clemons’ effort is Doug Williams, the former Grambling quarterback and Super Bowl MVP for the Washington Football Team (then known as the Redskins). Williams is co-founder of the Black College Football Hall of Fame along with James “Shack” Harris, another Grambling grad whose pro playing career included stops with the Buffalo Bills, the Los Angeles Rams and the San Diego Chargers.

“This [book] gives me and the people on the committee who vote on the Hall of Fame a whole new group of people that we didn’t even know was out there,” Williams said. “There’s no doubt in my mind that it’s going to be helpful. We can all sit around and think of guys. But there are guys out there that we’ve forgotten. There’s probably a whole bunch of people in that book that we probably haven’t even thought about.”

Many of them served as inspiration for other black players looking for a career in pro football, Hall of Fame cofounder Harris.

“The AFL had so many outstanding players,” Harris said. “You’d watch TV on Sundays, and you’d hear them announce ‘Buck Buchanan from Grambling’ and the great players from Jackson State and South Carolina State. The Kansas City Chiefs and Oakland Raiders were loaded with black college players. Those players represented an opportunity for all of us who were playing for so many different schools. When we eventually played in the NFL, we realized we were playing because of the opportunity made by the guys and also for the guys who would be coming along after us.”

With the coronavirus wiping out several pro days and workouts, no HBCU players were selected in the 2021 NFL Draft. Williams and Harris are working to ensure that doesn’t happen again in 2022. Tennessee State and Grambling face each other on Sept. 5 in the Black College Football Hall of Fame Classic at Tom Benson Hall of Fame Stadium in Canton, Ohio. The two HBCU schools, which have sent more than 300 players to the NFL, have met 40 times, but not since 2002.

In addition, the initial HBCU Legacy Bowl takes place on Feb. 19, 2022, at Tulane University. The nationally televised game will feature about 100 of the top HBCU draft-eligible players. Sponsors include the National Football League, the Pro Football Hall of Fame and Tulane University.

“We’re trying to give the guys coming from HBCUs opportunities they might not get if we didn’t provide it with an all-star game and a big game in Canton,” Williams said. “We’re doing what we feel is a necessity to make them feel like they’re worthy of playing in an all-star game and a chance to be looked at by NFL scouts.”

Clemons said he named the book “Inbounds” to underscore the contribution of black players to pro football started long before the ban kept them out of the game. “Normally, when we write stories about black athletes, it’s about trying to get in,” Clemons said. “We’ve been inside this football game since the beginning and helped revolutionize pro football.  I just wanted to make sure the known and unknown players are highlighted in this book.”

“INBOUNDS: The evolution of Historical Black College Players in Professional Football” is available at www.HBCUNFLPlayers.com and Barnes & Noble as an eBook.