Popcorn With Zenger: ‘The Suicide Squad’ Makes Huge Improvements From The First Film

R rating lets film be more brutal in its violence and darker in its humor than its predecessor.
By Jacob Smith August 6, 2021
Facebook
Twitter
Linkedin
Email 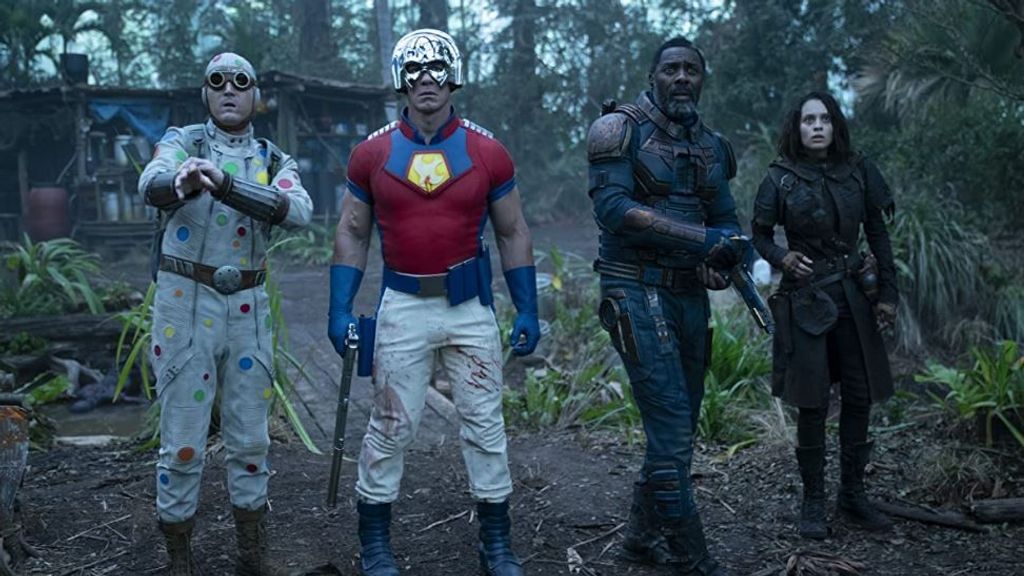 It is safe to say that the DC Extended Universe is a complete mess.

Warner Bros.’ cinematic superhero universe has about as much chemistry as pure water. The studio has spent years trying to catch up to where Disney’s Marvel Cinematic Universe is today. However, the DCEU’s success has been erratic with critically panned films like “Batman v Superman: Dawn of Justice” to outright flops such as last year’s “Birds of Prey” starring Margot Robbie. Warner Bros. has not found its footing in the realm of costumed heroes and the future is even more uncertain.

Five years ago, Warner Bros. used the box office charm of Will Smith and Robbie to create “Suicide Squad,” a story about offshoot superheroes, and hoped to have the same magic as Disney’s “Guardians of the Galaxy.” While box office receipts were satisfactory, fans hated the movie and its planned 2020 sequel lost both Will Smith and writer/director David Ayer.

Since “Guardians of the Galaxy” was the film Warner Bros. wanted to emulate, they hired its controversial writer/director, James Gunn, to take the reins, and brought in Idris Elba to replace Smith.

Starting from scratch, “The Suicide Squad” looks to repair the mistakes of the first film, and it succeeds — for the most part.

The Story: Intelligence officer Amanda Waller (Viola Davis) is back with a new group of criminal lab monkeys to use as a means to complete her black ops missions. This time around, she picks up 13 inmates from Belle Reve penitentiary, including Harley Quinn (Robbie); professional hitman Bloodsport (Elba); the violent extremist Peacemaker (John Cena), and rat-controlling bank robber Ratcatcher (Daniela Melchior).

The team is sent to the South American island nation of Corto Maltese, where the nation’s government has taken a secret weapon with the power to control thousands of people at once. They plan to use this weapon to bring down the world’s most powerful governments and become a superpower themselves. Waller’s team must destroy the weapon and all evidence of its existence, or else the team will be killed with one flip of a switch by Waller herself.

Bright Spots: “The Suicide Squad” is what we should have gotten five years ago. Warner Bros.’ biggest misstep with the 2016 film was opting to make it PG-13; the effort to reach a broader audience ultimately crippled the creative potential of the characters. Those limitations have been removed here and “The Suicide Squad” is brutal in its violence and dark in its humor.

The two standouts are Cena and Melchior. Cena, in the role of The Peacemaker, is a conflicted character who tries to bring peace through brutality. In one of Cena’s best lines, he promptly states there is no man, woman, or child he won’t kill to maintain peace.

Gunn does a much better job telling the story of a group of anti-heroes than Ayer did. “The Suicide Squad” is truer to the comic book than the first movie, and they don’t have to deal with a terrible Joker cameo bringing down the mood. Arguably the best bit in the film is a game of one-upmanship between Cena and Elba’s characters that ends terribly wrong with a shocking reveal.

Gunn’s go-to move to feature 1970s pop songs is present, as old-school classics accompany many scenes of brutality for comedic effect. The film is far more fun than its predecessor, but still has its issues.

Weak Spots: Not everything is better the second time around for “The Suicide Squad.” With Gunn in charge, there is an abundance of humor injected into the script, but not every joke lands and some are overdone. A running joke about Polka-Dot Man’s mom was barely humorous the first time and keeps coming back to groaning effect.

The plot suffers at times from too much going on. The story is told from three different perspectives at once, with time jumps. The plot often feels unfocused, as more time is spent trying to subvert the expectations of the audience than sharpening the details of what is happening.

When Gunn tries to take a more serious stance on American Exceptionalism and foreign policy, the shots at black ops interventions fall flat, given how ridiculous the overall nature of the film is.

The Takeaway: “The Suicide Squad” is a major upgrade from the original film and is far more faithful to the comics. The move to make this movie R-rated was a step in the right direction, and Gunn created the crash TV film Warner Bros. should have made in the first place.

See or Skip: Just because this is a superhero film doesn’t mean “The Suicide Squad” is fit for the whole family. But if you leave your kids at home, there is plenty of brutal fun to be had.