“Ghost net” was removed from the World War I minesweeper as part of an ocean-floor cleanup. 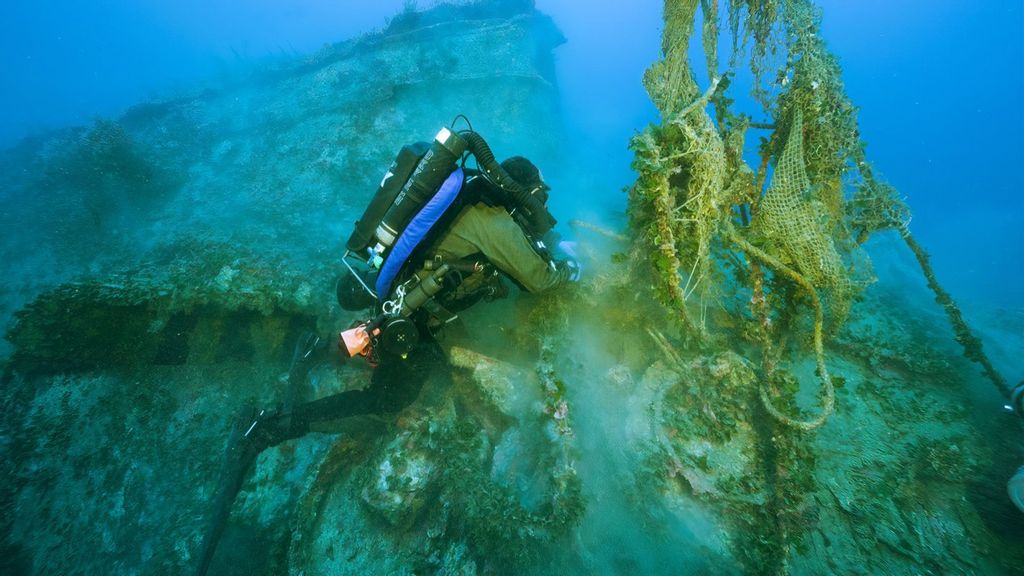 Heritage Malta divers work on a net-removal project at the site of a World War I minesweeper that sank in 1916. (Heritage Malta/Zenger)

Maltese officials have cleared discarded fishing nets and other “ghost gear” at the underwater resting place of a Royal Navy World War I minesweeper that sank in 1916.

The Underwater Cultural Heritage Unit of Heritage Malta organized the removal of nets and other debris at the Mediterranean site of the HMS Nasturtium.

Heritage Malta said about 12 million tons of plastics end up in the oceans per year, and abandoned or lost fishing equipment — also known as ghost nets — make up about 10 percent of the total.

Such equipment is usually durable and can remain in the sea for many decades, posing a risk to divers and wildlife.

Due to the dangers abandoned nets in particular pose, an increasing number of initiatives have been launched locally and globally to directly target the problem.

Surveys carried out by divers at wreck sites off the shores of Malta have noted where the worst spots are.

Heritage Malta and local dive company Atlam Sub Aqua Club launched a cleanup project at some of the underwater debris sites. From May to July, the initiative focused on the location of the HMS Nasturtium, which is 10 kilometers (about 6 miles) from the coast of the island-nation’s capital, Valletta.

Taking part in a series of dives, participants cleared the site of the ghost gear on the seabed.

Here’s how the HMS Nasturtium — which is about 81 meters (roughly 270 feet) long — ended up on the sea floor:

The vessel left Malta on April 24, 1916, on a patrol mission to check for submarines and ships in the area.

Three days later, the HMS Nasturtium went into a minefield that had sunk the HMS Russell battleship earlier that day and also hit an explosive. The next day, the listing vessel sank and settled on the seabed in an upright position at a depth of around 67 meters (roughly 220 feet). The vessel could carry a crew of up to 79; historical reports do not indicate whether any of its men perished when it hit the mine and ultimately sank.

The HMS Nasturtium is one of 36 Arabis-class minesweepers the Royal Navy had built for anti-submarine operations, Heritage Malta reports. The vessel was laid down for the Royal Navy by A. McMillan & Sons Ltd. of Dumbarton, Scotland, on July 1, 1915, and launched on Dec. 21 of the same year, the group reports.