Funnyman Brooks to publish his first volume of Hollywood stories, "All About Me! My Remarkable Life in Show Business".
By Zenger News Desk August 6, 2021
Facebook
Twitter
Linkedin
Email 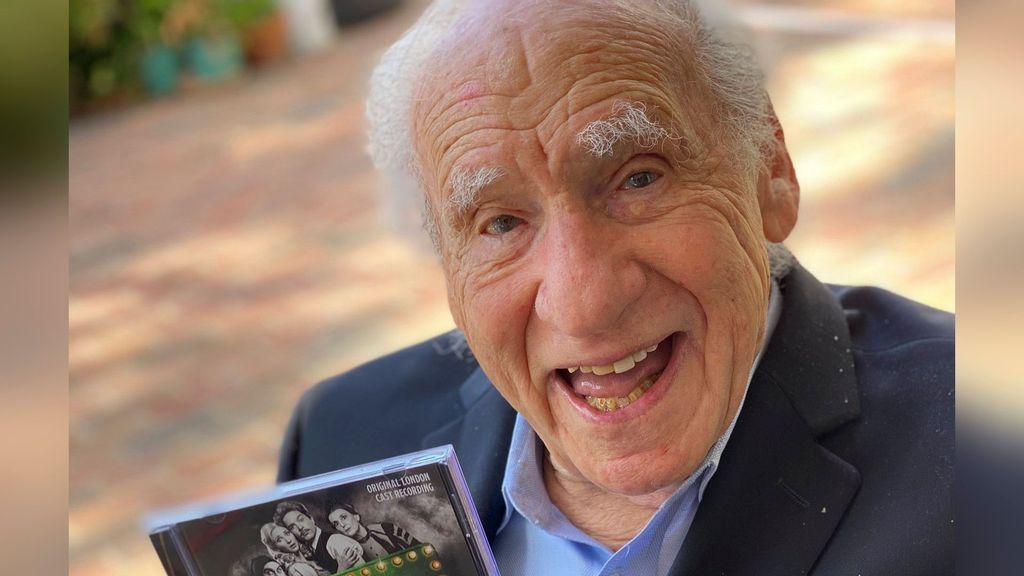 Mel Brooks has written his first memoir titled "All About Me! My Remarkable Life in Show Business". (Mel Brooks, @MelBrooks/Twitter)

WASHINGTON — Mel Brooks, an American actor, comedian, and filmmaker, has written his first memoir titled “All About Me! My Remarkable Life in Show Business.”

Ballantine Books announced on Aug. 4, 2021, that they have acquired and will publish the comedy legend’s upcoming 400-page memoir, as per reports.

In the book, the director, producer, writer, and actor will talk about growing up in Brooklyn during the Depression-era; from serving in the military during World War II to being a teenage comedian in the Catskills.

The 95-year-old star will also chronicle his eventual journey to Hollywood and Broadway and detail the ground-breaking moments from his career, from co-creating the classic television series “Get Smart” to his Tony-winning musical, “The Producers” which also secured him an Oscar for best screenplay.

“I hope fans of comedy will get a kick out of the stories behind my work and really enjoy taking this remarkable ride with me,” he said in a statement.

Brooks’ career began with Sid Caesar’s “Your Show of Shows,” in which he worked alongside the late Carl Reiner, Neil Simon, and Larry Gelbart. He eventually wrote, directed, and starred in a myriad of projects such as “Blazing Saddles,” “Young Frankenstein,” “The Twelve Chairs,” “Silent Movie,” “High Anxiety,” and “Spaceballs.”

Brooks is recognized as one of the select figures in Hollywood to be a part of the “EGOT circle” after winning an Emmy, Grammy, Oscar, and Tony award.

He won his first Emmy Award in 1967 with outstanding writing achievement in variety for “The Sid Caesar, Imogene, Coca, Carl Reiner, Howard Morris Special.” He went on to win his first Grammy in 1999 for best-spoken comedy album for “The 2000 Year Old Man in the Year 2000.”

In addition to offering insight into the inspiration behind his work, Ballantine Books described the memoir as one that will allow readers to also learn about the “many close friendships and collaborations Brooks had, including those with Sid Caesar, Carl Reiner, Gene Wilder, Madeleine Kahn, Alfred Hitchcock, and the great love of his life, Anne Bancroft.”

“Filled with tales of struggle, achievement, and camaraderie (and dozens of photographs), readers will gain a more personal and deeper understanding of the incredible body of work behind one of the most accomplished and beloved entertainers in history,” Ballantine Books described of the forthcoming memoir.

“All About Me! My Remarkable Life in Show Business” will be released on Nov. 30, 2021, in the United States and the United Kingdom.

The actor has also recorded the audiobook version of the memoir, which Penguin Random House Audio will publish and release with the hardcover book.