It has a top speed of around 28 knots and a cruising speed of 18 knots with an endurance of about 7,500 nautical miles.
By Zenger News Desk August 6, 2021
Facebook
Twitter
Linkedin
Email 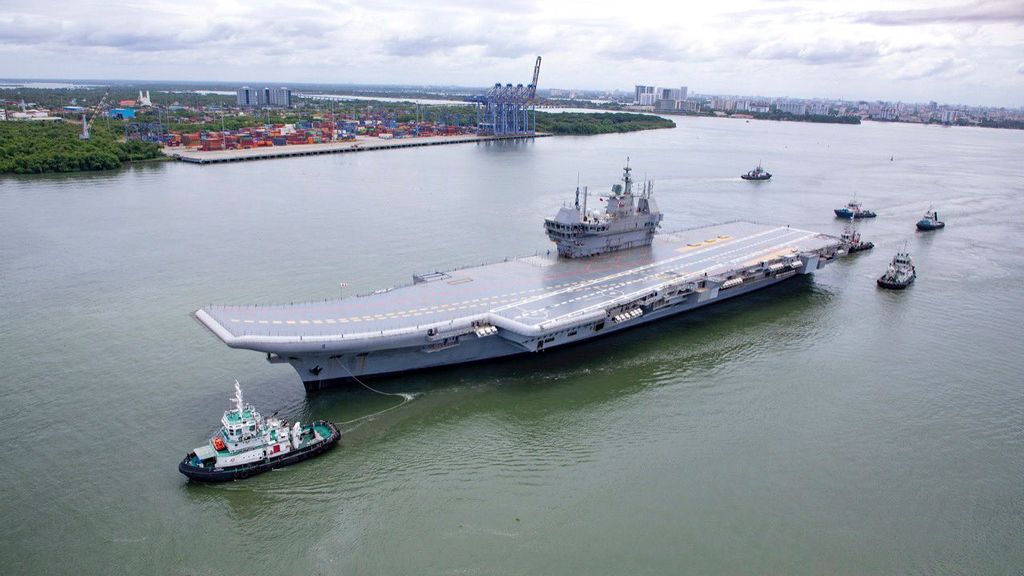 NEW DELHI — India is on the verge of joining an elite group of countries that boast the capability to indigenously design and put together an aircraft carrier, delivering the iconic Indigenous Aircraft Carrier 1, popularly known as INS Vikrant.

French Ambassador to India Emmanuel Lenain welcomed the country to the “club of nations capable of manufacturing aircraft carriers” and said France will look forward to seeing the capital ship join its French counterpart in defense drills.

“Congratulations, India, on joining the club of nations capable of manufacturing aircraft carriers! We look forward to seeing Vikrant join France’s Charles de Gaulle carrier for one of our bilateral Varuna drills,” Lenain said in a tweet.

“Vikrant—designed by the Indian Navy’s Directorate of Naval Design —is being built at the public sector shipyard, Cochin Shipyard Limited, India’s largest shipbuilding facility in Kochi, Kerala,” said the Indian Ministry of Defense.

The ship has over 2,300 compartments, designed for a crew of around 1700 people, including specialized cabins to accommodate women officers. The vessel has been designed with a very high degree of automation for machinery operation, ship navigation, and survivability.

“Vikrant” has a top speed of around 28 knots and a cruising speed of 18 knots with an endurance of about 7,500 nautical miles. The ship can accommodate an assortment of fixed-wing and rotary aircraft, said the ministry.

Most of the ship’s construction activities have been completed, entering the trials phase. The readiness of the ship’s Propulsion and Power Generation equipment/ systems was tested in the harbor as part of Basin Trials on Nov. 20, 2020, the Defence Ministry said.

Progress of construction of the Carrier was reviewed by Defence Minister Rajnath Singh during his visit to the ship on June 25. However, the commencement of Sea trials was delayed due to the 2nd wave of Covid-19 with concentrated and dedicated efforts of a large number of workmen, original equipment manufacturers, engineers, overseers, inspectors, designers, and the ship’s crew, who had put their best efforts towards the ship’s readiness for sea trials.

The Indian Navy described it as a “proud and historic” day for the nation and said India has joined a select group of countries having niche capability to indigenously design, build and integrate a state-of-the-art aircraft carrier.