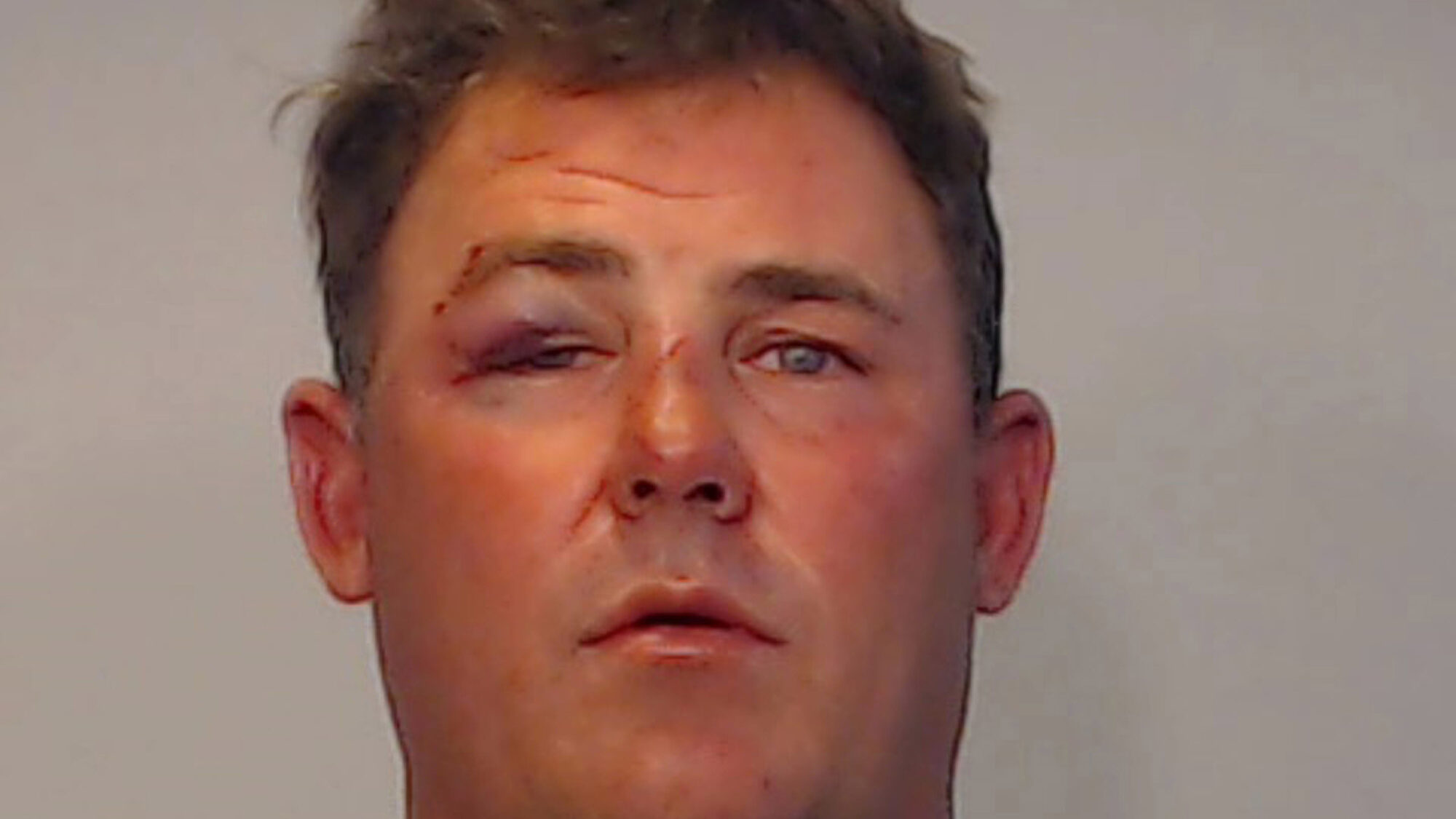 James Lenn Williams of Port St. Lucie, Florida, is accused of biting off part of a man's ear, among other criminal acts, at a hotel in the Florida Keys. He faces several battery charges. (Monroe County Sheriff's Office/Zenger)

A man accused of biting off part of a friend’s ear during an argument faces multiple charges of battery.

James Lenn Williams, 45, of Port St. Lucie, Florida, was arrested at a hotel on Stock Island in the Florida Keys, where he and some friends were on vacation.

Williams is accused of biting the ear of an unnamed 28-year-old man, who was treated at the scene by paramedics.

The men were on vacation with a group of friends when a woman passed out from drinking. Williams allegedly placed the woman in a wheelbarrow and pushed her back to a hotel room. He is accused of pouring beer on her and insulting her. That is when the victim intervened, telling Williams he was being disrespectful, according to the Monroe County Sheriff’s Office in Stock Island,

Williams became combative, according to police. The victim, along with two other women, tried to calm Williams down.

Williams then shoved one of the women to the ground, according to police. When the victim tried to intervene, Williams allegedly began choking him and bit off part of his ear.

Williams was arrested after officers and a Key West Police K9 Unit located him in the hotel near the group’s rooms. He was charged on Aug. 5 with aggravated battery, battery by strangulation and two additional counts of battery.

A notorious ear-biting incident occurred in 1997, when legendary former professional boxer Mike Tyson bit Evander Holyfield’s left ear during their heavyweight rematch. Tyson was disqualified from the fight and suspended from boxing.

Total crimes reported in Stock Island were estimated at 1,456, according to the most recent data from the FBI’s uniform crime reports, for the year 2019. All crimes were down by roughly 42 percent. The report lists an estimated 218 violent crimes and an estimated 1,238 property crimes.

The Florida Keys, a string of islands off the southernmost coat of the United States, are a popular vacation destination. Among the well-known islands are Key Largo, Marathon and Key West. They are connected by 42 bridges, 7 miles long, on the Overseas Highway over the Atlantic Ocean, Florida Bay and the Gulf of Mexico.

The Keys are popular for fishing, diving, snorkeling, boating, observing wildlife and a variety of festivals, including Lobsterfest, a Lionfish Derby and a Celtic Festival. The Keys also host the Key Largo Triathlon and the 7 Mile Bridge Run, from Key Largo to Key West.