Over 40 journalists and political personalities’s names were leaked as potential targets for surveillance. 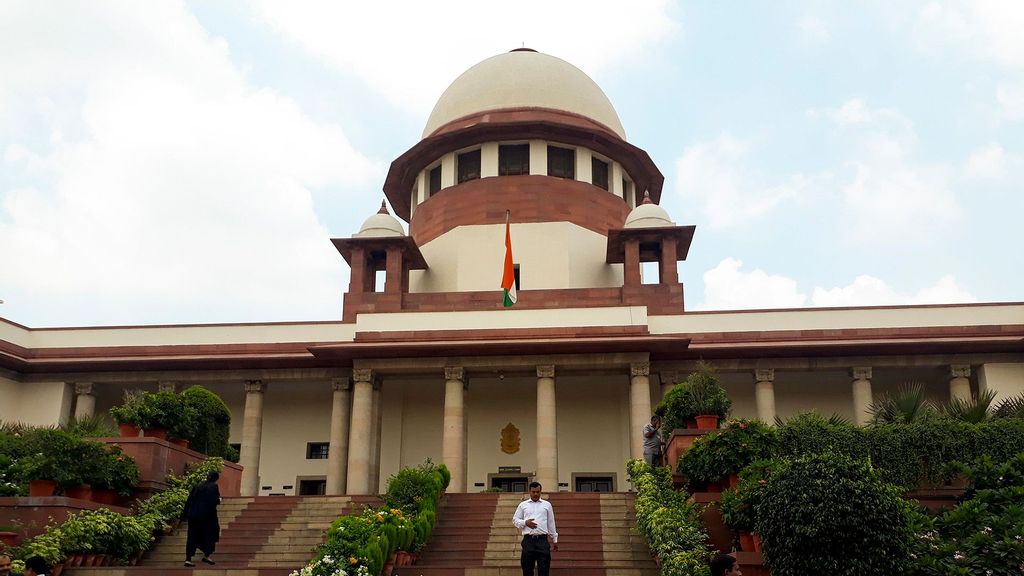 The Supreme Court on Aug. 5 observed that the allegations about the Central government allegedly using Israeli software Pegasus to spy on people are serious if news reports are correct. (Pinakpani/Wikimedia.org (CC BY-SA 4.0))

NEW DELHI — The Indian Supreme Court on Aug. 5. said that the allegations about the Indian government allegedly using Israeli software Pegasus to spy on people “are serious if news reports are correct.”

A bench of Chief Justice of India N.V. Ramana and Justice Surya Kant, however, asked the people who approached the top court why was any criminal complaint not registered by persons affected by the snooping.

“We want to ask some questions,” said the Bench during the hearing.

“No doubt the allegations are serious if reports in newspapers are correct. The majority of petitions rely on foreign newspapers, but is there any verifiable material for us to order an inquiry?”

The top court was hearing a batch of petitions seeking a court-monitored probe into the reports of the government allegedly using Israeli software Pegasus to spy on politicians, activists, and journalists.

“The surveillance issue came to light two years ago. Why come now suddenly?” said the Bench. “If you know your phone is hacked, why not file a criminal complaint?”

“We are not saying petitions are based on hearsay, and we cannot say there is no material, but with your access to international material, resources, they (petitioners) should have made more efforts?” the Chief Justice said.

Names of over 40 journalists and political personalities were leaked as potential targets for surveillance by an unidentified agency using Pegasus spyware, as per a media report.

This has led to the people in the leaked list, opposition, and the public calling out the central government over their involvement in the Pegasus software.

Senior advocate C.U. Singh appearing in another petition, told the Bench that petitions have been filed now because the names of the persons targeted were not known in 2019. The names were known after a forensic analysis was done by an international agency, Singh said.

Senior advocate Meenakshi Arora, appearing for Member of Parliament John Brittas of Communist Marxist Party of India (Marxist), said that the issue of surveillance was raised in Parliament in November 2019, and the then Union Minister Ravi Shankar Prasad had said there was no unauthorized interception.

Kapil Sibal, a member of Rajya Sabha said that the Pegasus is a “rogue technology” that enters our lives without our knowledge, and it surveys every moment.

“It penetrates into our national internet backbone. It is an assault on privacy, dignity, and values of our republic,” Sibal said.

“This spyware is only sold to government agencies and can’t be sold to private entities. NSO technology is involved in the international arena.”

“The government has to answer who purchased it? How much was spent? Where was the hardware placed? Why did the government not register the FIR? It’s a matter of our privacy. Only the government will be able to tell us facts,” Sibal said.

“This morning, we came to know that registrars serving in this court and an old number of a member of the judiciary is also mentioned in the list of spyware. Pegasus can even take photos and videos. That means if I move around in my private moments, they can watch me, and they can activate my camera, my mic.”

Senior advocate Shyam Divan appearing for one of the petitioners, Jagdeep Chokkar, said his client is an academician and his phone was under surveillance.

“For a private citizen to find out that spyware has been turned on him by the government, it is something unconstitutional. It constitutes war by the government on the citizen,” Divan said.

There are nine pleas before the top court, which were filed by senior journalists N. Ram, and Sashi Kumar, Member of Parliament John Brittas of Communist Party of India (Marxist), and advocate M.L. Sharma.

Journalists Paranjoy Guha Thakurta, S.N.M. Abdi, Prem Shankar Jha, Rupesh Kumar Singh, and Ipsa Shatakshi, who are reported to be on the potential list of snoop targets of Pegasus spyware, had also approached the top court along with The Editors Guild of India (EGI) among others.