Millions of followers are hooked on Joel’s baffling card-throwing stunts. 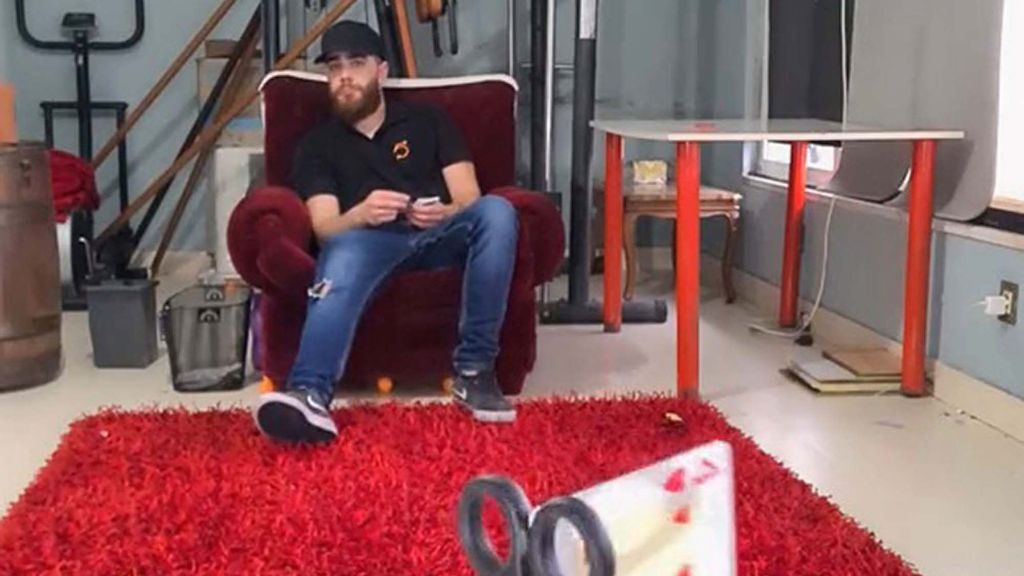 The 24-year-old Portuguese trick shot aficionado has amassed 2.4 million followers and over 25 million likes on TikTok.

Barreira’s ‘CEO of Persistence’ moniker is well-earned. He said each trick shot takes “on average two hours, but some of them can take up to days” to complete.

His posts quickly started amassing huge numbers of views after being shared by social media users and news portals, helping to make some of his videos go viral.

The trick shot expert also works as a temperature technician, a job that involves dealing with cooling and heating systems. But he says his true passion is performing trick shots.

“Every day I try to think of something different to do in the next challenges,” he said.

As for the trolls in the comment sections who claim his videos are fake, Barreira said, “All my videos are raw, non-edited. I just don’t care about hate, it helps with engagement.”

“There are a lot of people who still think it’s fake, but I typically just ignore them,” he said. “If someone is genuinely curious I will respond and let them know it’s 100 percent real.”

While trick shot videos have long seen success on social media, TikTok has given many trick shot enthusiasts a new medium to share their skills.

To date, videos posted with the tag “TrickShot” on TikTok have amassed more than 16 billion views.

TikTok regards the tricks as a “trending sport” and states to users “Golf ball, basketball, football, toilet roll — it doesn’t matter what you use just show us your #TrickShot.”

Trick shot creators who became successful on other social media platforms have also gained popularity on TikTok. The group Dude Perfect, who rose to fame on YouTube, now has 13.7 million TikTok followers.

Though Barreira currently only performs trick shots in his free time, he said his dream is to “do this full-time and entertain people all over the globe.”