VIDEO: Leg-go That Gun: Gang Member Shot Cop In Ankle As They Grappled For Pistol 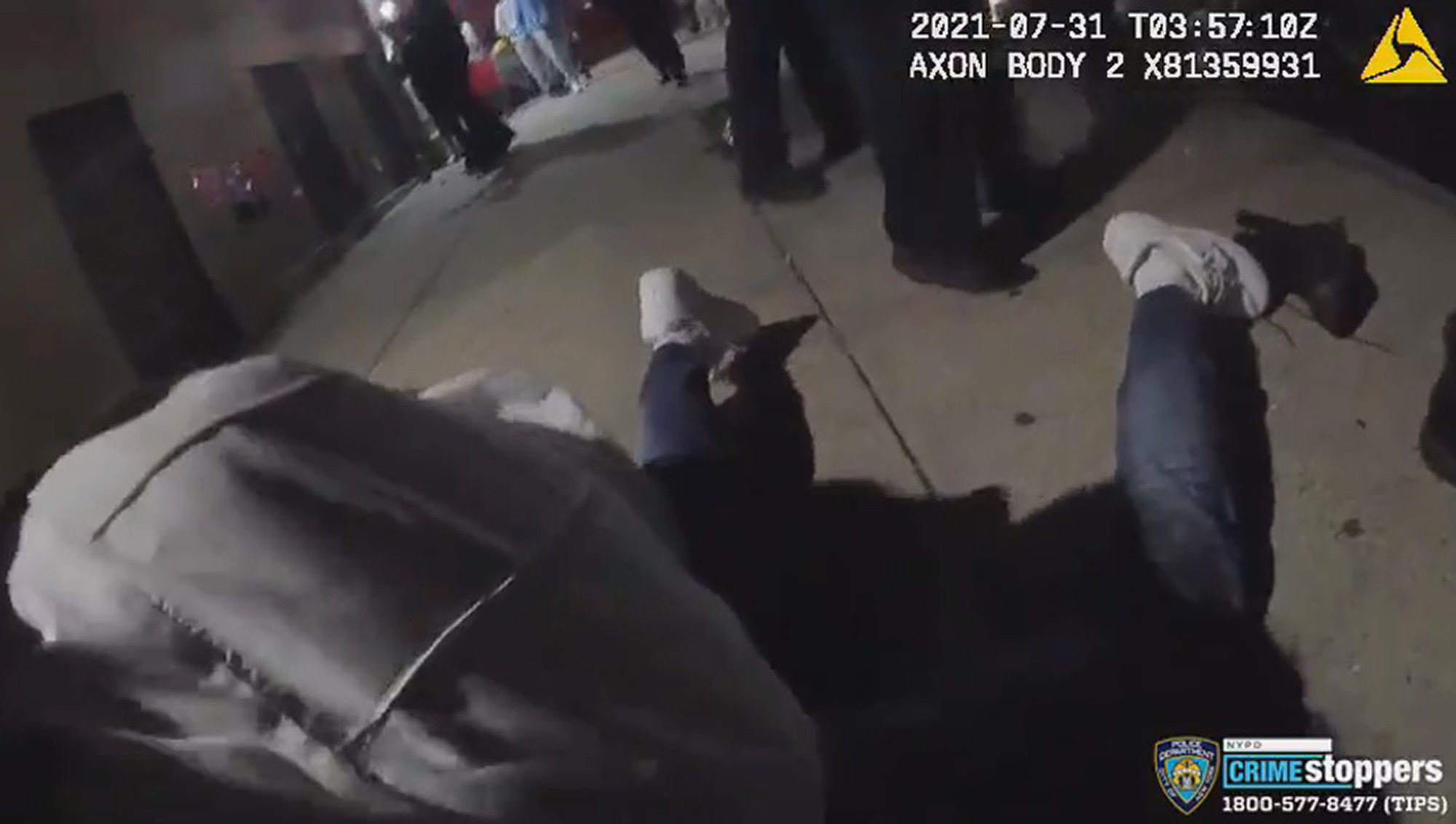 A New York City police lieutenant is shot in the ankle as he and three other officers try to arrest a suspect in the Bronx described as an armed gang member. (@NYPDnews/Zenger)

A New York City police lieutenant was shot in the ankle during a “fierce struggle” with a gang member as he and three other officers told him repeatedly to let go of his firearm.

When the team came across the suspect while patrolling the neighborhood in the Bronx on July 30, he ran when the officers got out of the car. When the officers caught up with him, they struggled on the ground, and the suspect managed to fire his gun.

The suspect was identified as Jerome Roman, 26. He is reported to be a gang member with 25 previous arrests. He is facing multiple charges, including assault and attempted murder.

The incident was captured on police body cam video around midnight.

The New York Police Department posted the video on Twitter on July 31 with the message: “Last night, officers from the @NYPD42Pct were on patrol when they spotted an individual with a firearm.

“A fierce struggle for the gun ensued, leading to a lieutenant being shot in the ankle. The officers did not return fire as they made the arrest and recovered the loaded gun.”

Police Commissioner Dermot Shea tweeted: “Incredible restraint shown by these officers as they struggle with the armed subject.”

The commissioner said: “During this struggle, we believe the individual fires one round, which strikes our lieutenant one time in the ankle. It is a through-and-through wound, which then strikes a nearby parked car. The firearm was eventually recovered. This struggle took approximately five to eight minutes. The individual was safely taken into custody with no injuries.”

The police released a photo of the gun, a 9mm Smith and Wesson, which was recovered at the scene.

Roman “is a well-known to us gang member who has previously been arrested for [weapon possession], eight months ago, in that very precinct and several years before that as a firearms conviction,” Shea said.

“An individual like this with that criminal past was out to shoot somebody. No doubt about it,” said Louis Turco, president of the NYPD Lieutenants Benevolent Association. “These officers saved somebody’s life last night.”

The injured officer was released from the hospital the following day.