Five premium plant-based meat analogs will soon be available to select restaurants in Europe, Asia and the United States. 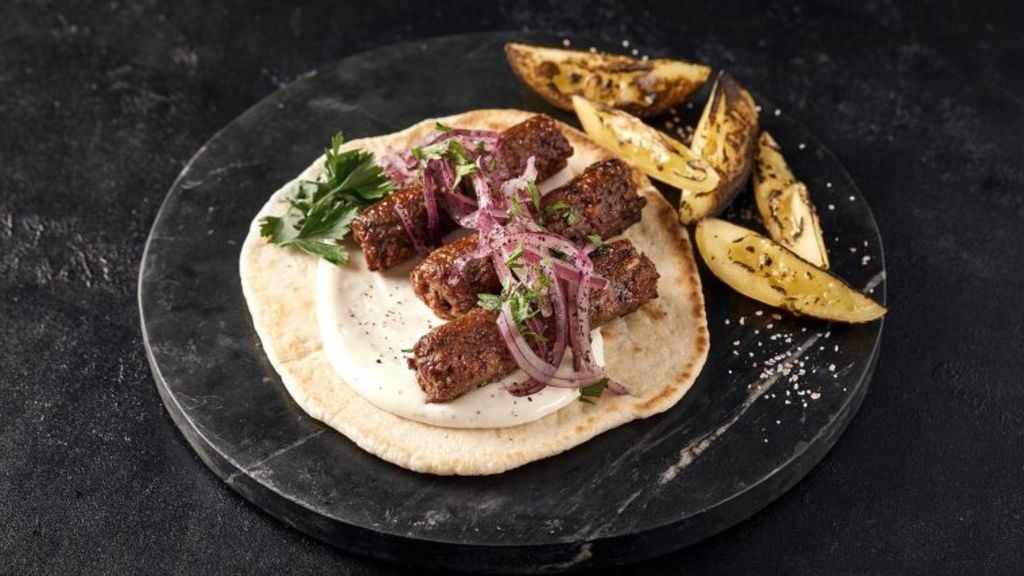 Redefine Lamb Kebab, a juicy minced alt-meat product for the most common street-food dish from the Middle East to India. (Courtesy of Redefine Meat)

“Alt-meat” innovator Redefine Meat announced the commercial launch of its first five products in select restaurants and hotels in Israel.

Redefine Meat, based in Rehovot, is expected to reach Europe later this year, and the United States and Asia in 2022. The company, founded in 2018, also revealed that it will launch its first whole-cut range later this year following pilot-testing success.

“Launching our first product portfolio represents a big step in our mission to become the world’s largest meat company, and accelerates our ability to bring to market our further innovation later this year” said Eshchar Ben-Shitrit, CEO and co-founder of Redefine Meat.

“Each product in the range and the ones to follow are born from our understanding of meat at the molecular level, extensive R&D and technological innovation, which combined provides us the ability to create any meat product that exists today,” Ben-Shitrit said.

“This has been critical to achieving a superiority in taste that, honestly, we did not even expect, and the technological versatility to do what no other has done — replace every part of the cow with tasty plant-based meat.”

The Redefine Burger was successfully tested in a behind-the-scenes launch at an Israeli restaurant that had never served alternative meat before.

Redefine Meat secured $29 million in funding last January and is finalizing production of a large-scale factory housing pilot lines and industrial 3D printers, which will produce at scale for the Israeli market and beyond.