The Realme GT 5G was first unveiled in China back in March. 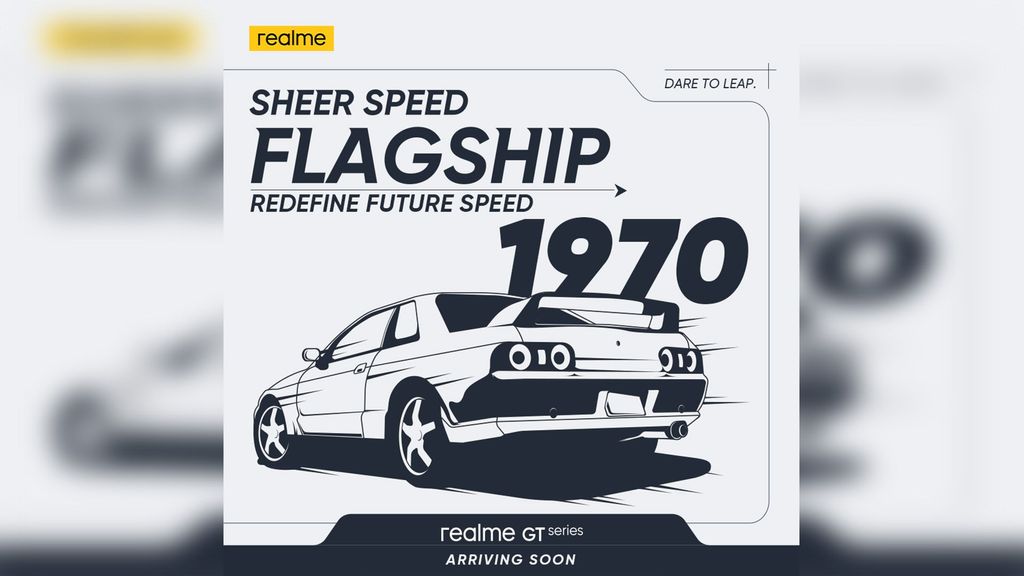 Realme, one of the fastest-growing smartphone brands, will launch a new flagship smartphone from the Realme GT series in India on August 18.  (realme, @realmeIndia/Facebook)

NEW DELHI — Chinese smartphone manufacturer, Realme, has announced that the company will launch a new flagship smartphone from the Realme GT series in India on Aug. 18.

“From the inception of speed to taking it to next level, everyone has pushed their limits over the last century. #realme has given it a whole new meaning with the upcoming #realmeGT series. Get ready for some fast-paced action with the #FlagshipKiller2021,” Madhav Sheth, Realme India CEO, said in a tweet.

The Realme GT 5G was first unveiled in China back in March and was followed by subsequent additions to the lineup, including the Realme GT Neo, GT Neo Flash, GT Master, and the GT Master Explorer, as per media reports.

It is unclear about which model Realme has planned to launch in India.

Madhav also shared four images within his tweet, which hint at the launch of at least four phones in the GT lineup.

The #realmeGT comes with a dual-tone design in a new generation of Vegan Leather. This helps to withstand wear & tear. Its ‘racing yellow’ colour symbolises the younger generation since it stands for the dawn of a bright future. Excited? pic.twitter.com/R8FcwYQ2oe

The Realme GT will be offered in the same colors as the global variants, which are blue, silver, and an eco-friendly vegan leather variant, as per media reports.

Being a flagship device, the smartphone is powered by the Qualcomm Snapdragon 888 octa-core SoC that features an Adreno 660 GPU and is paired with 8GB RAM/12GB RAM and 128GB/256GB storage variants to choose from.

Going by the speculations, Realme may launch both the storage models in India running on Android 11-based Realme UI 2.0.

Speaking about the cameras, the Realme GT 5G has triple rear cameras that consist of a primary 64MP camera with an f/1.8 aperture, an 8MP ultra-wide camera with 119-degree field-of-view, and a 2MP macro camera. The rear cameras can record in 4K UHD at up to 60FPS backed by EIS.

On the front, the device will have a 16MP selfie camera. The Realme GT also has stereo speakers, WiFi 6 support, and an in-display fingerprint sensor.

It is equipped with a 4,500mAh battery that supports 65W fast charging, as per media reports.

“100 Million Users Globally! It took us just 37 months to become the fastest mobile phone brand in the world to reach this milestone. We now Dare To Leap with our 1+5+T strategy to become an Industry disrupter in all segments,” said Sheth in a statement.