Ram Temple To Open For Devotees From December 2023

The grand Ram Temple being constructed in Ayodhya will be opened for devotees from December 2023.
By Zenger News Desk August 5, 2021
Facebook
Twitter
Linkedin
Email 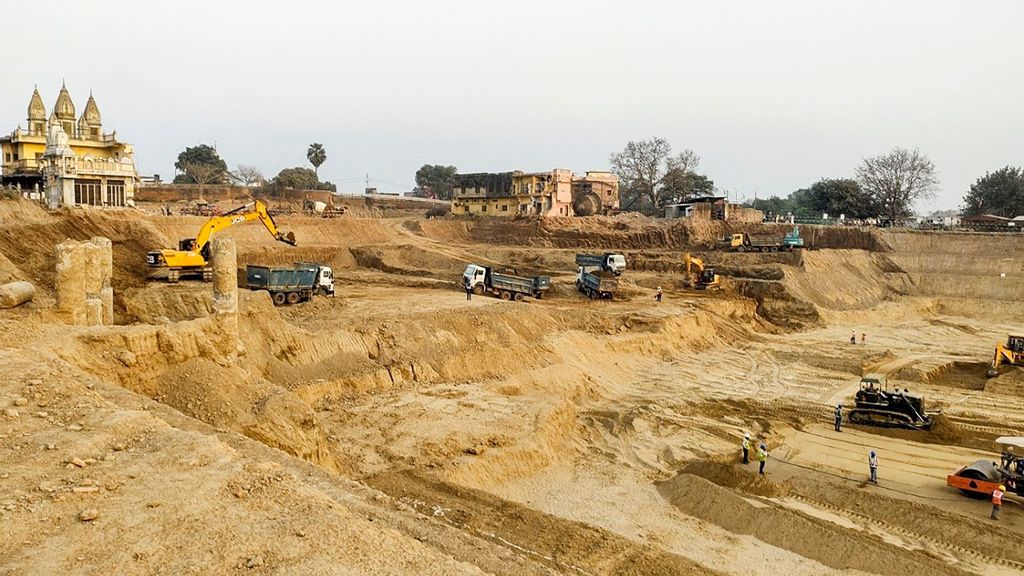 Ram Temple to open for devotees by December 2023. (ANI)

NEW DELHI — The controversial Ram Temple, which is being constructed in the northern Indian city, Ayodhya, will be opened for devotees across the globe from December 2023.

Garbagriha, all the five mandaps, and the first floor is supposed to be ready by December 2023, and the temple will be opened for the devotees, said multiple sources of the temple.

“Aug. 5 will be remembered in history,” said Indian Prime Minister Narendra Modi in his conference with Yogi Adityanath, the Chief Minister of Uttar Pradesh.

“Two years ago on this day, Article 370 was abrogated in Jammu and Kashmir. On this day last year, the first step was taken towards constructing the Ram Temple in Ayodhya. Today, construction of a grand Ram Temple is underway.”

Ram Mandir is an under-construction Hindu temple in Ayodhya— the northern Indian state, Uttar Pradesh— India, at the site of Ram Janmabhoomi, believed to be the birthplace of the Hindu god Rama. The temple construction will be undertaken by Shri Ram Janmabhoomi Teerth Kshetra.

Museum, digital archive, and research center will also be built in the complex, and the entire journey of the temple will be encapsulated in the museum, informed sources said. The whole complex will be spread over more than 100 acres of land.

The cost of constructing the grand Ram temple is about INR 1,000 crore ($134 million), and it is learned that INR 3000 crore ($404 million) has already been received in donations for temple construction.

“There will be no use of bricks and steel in the overall structure, but the Ram Temple Trust is sensitive about the bricks in Karsewakpuram as they are being carved for more than 20 years stones and will also be integrated into the structure,” sources said.

The walls of the proposed Ram temple in Ayodhya will depict several religious themes. A group of religious heads and art experts will take a decision on the themes, including those from the Indira Gandhi National Centre for the Arts in New Delhi.

The majority of stones are coming from Bansi Pahar in Bharatpur, Rajasthan— a northern Indian state. Some stones to be used in Ayodhya are being carved at the mining site only. Copper will be used in joining the stones, and there will be no use of steel, sources said.

On peak days, more than 500,000 devotees are expected to converge in the temple, making arrangements accordingly at the premises.

Outside security of the temple will be provided by state and central governments. However, security inside the temple is expected to be undertaken by the Ram Temple Trust. Larsen and Toubro are implementing the project’s construction, and Tata Consulting Engineers has been hired as the monitoring agency.

Modi had laid the foundation stone of the grand Ram Temple in Ayodhya on Aug. 5, 2020.