Demand indicators from the commodities sector show the U.S. remains resilient, though it’s clear the pandemic is not yet over.
By Daniel James Graeber August 5, 2021
Facebook
Twitter
Linkedin
Email 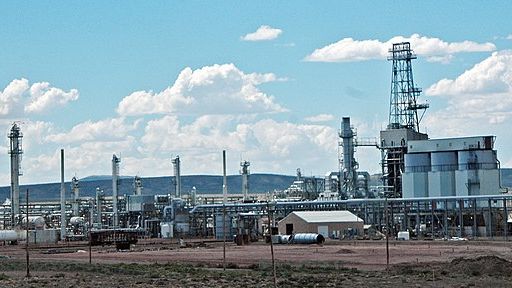 U.S. refineries are operating at near full capacity to keep up with surging demand for refined petroleum products. (Wikimedia Commons)

U.S. federal data on petroleum and refined product levels show the world’s leading economy still has a sizable appetite for fuels, though that situation might not last, analysts told Zenger.

That would normally send alarm bells sounding on the desks of commodities traders, though demand levels for gasoline remained strong enough to stave off any major concerns for now. Total commercial crude oil inventories, however, remain about 6 percent below the five-year average for this time of year despite the recent increase in storage levels.

“Demand is the story with this report, but it’s being offset by concerns about the potential slowdown in demand due to the COVID situation,” said Phil Flynn, an energy analyst at The PRICE Futures Group in Chicago.

Flynn added that the U.S. economy is experiencing a seasonal decline in demand, though with school back in session soon, demand could still perk up. That said, the Wednesday cancellation due to COVID-19 of the New York International Auto Show, scheduled for the public on Aug. 20, could be a sign of things to come.

“The drop in crude oil prices is due to growing concerns about the Delta variant,” he said.

Over the first three trading days in August, the price for Brent crude oil, the global benchmark, is down more than 7 percent on concerns the Delta variant could curb economic expansion.

On Tuesday, the Federal Reserve Bank of Atlanta, in a snap-shot indicator for growth in gross domestic product, estimated expansion of 6.3 percent during the third quarter. Second quarter growth was 6.5 percent, but that was approximately 2 percent less than the market expected.

Stubborn inflation and gasoline prices at multi-year highs could also create headwinds for the U.S. economy. And there may be lingering supply-side issues.

The PRICE Futures Group’s Flynn noted that domestic oil production has yet to respond to elevated crude oil prices, which are still relatively high despite the recent slump. U.S. shale producers, in particular, have in the past sought to capitalize on higher crude oil prices by opening up the spigot.

Elsewhere, Tracy Schuchart, the energy and commodities analyst at Hedge Fund Telemetry, said from Quebec the report from the federal energy agency was reasonably positive. Refineries are operating at close to their full design capacity, so gasoline production is up, which should help pad consumer pocketbooks. And U.S. airline travel is staying strong.

But the same can’t be said internationally. The Chinese government is clamping down to control new COVID hotspots, Schuchart said, and the Israeli and German governments are hinting at renewed lockdowns.

“This is overriding everything right now, including the broader markets,” she said.

Edited by Bryan Wilkes and Matthew B. Hall