Fossil found in China may explain how the mega predators traveled from Europe to the Americas. 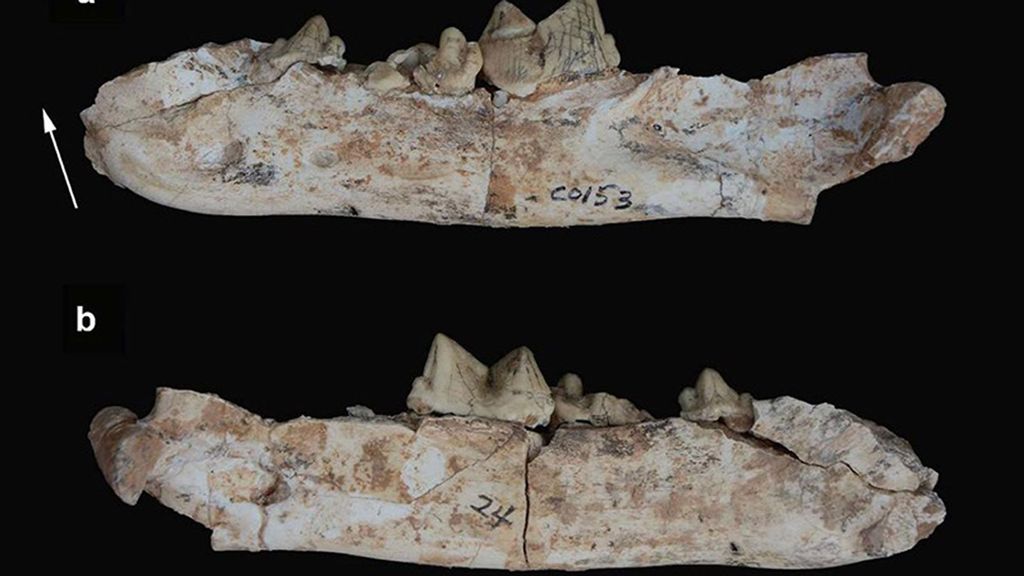 For the first time, archaeologists have discovered part of a fossil of a saber-toothed tiger in China. The find is helping to explain the big cat’s migration worldwide.

Details were published in the international paleontology journal Historical Biology. The discovery concerned a section of the jaw, described as the “mandibular horizontal branch with buccal teeth.”

The saber-toothed tiger subfamily (Machairodontinae) is famous for its dagger-shaped upper canine teeth. It was regarded as an apex predator. Popular culture has sustained interested in the tigers in films such as “Ice Age.”

It is believed to have entered North America in the late Miocene Epoch, between 13 million and 5 million years ago. Most of the animals were roughly the same size as modern tigers. During this period, species developed new forms, as large predatory mammals and birds, or small quick birds and rodents.

The fossils found in the Linxia Basin in Linxia, in the People’s Republic of China, are now being factored in as a key migration route for the sabertooth tigers’ ancestors that dominated the landscape in North America. The Chinese specimen is believed to be more primitive than its later relatives.

“It can be speculated that the saber-toothed tiger travels east from Europe, first arrives at Turkey, and then crossed into Central Asia. The most likely route is to enter China after passing through Iran, and then head to North America,” said Sun Boyang, an assistant researcher at the Institute of Paleospine at the Chinese Academy of Sciences.

The saber-toothed tiger is believed to have migrated to North America via the Bering land bridge.

The research was conducted by the Institute of Vertebrate Paleontology and Paleoanthropology of the Chinese Academy of Sciences and the Paleontology Research Center of Yuxi Normal University, Gansu Hezheng Paleontological Fossil Museum, Yunnan University and other researchers.

In a statement, they said: “The material is a section of the mandibular horizontal branch with buccal teeth, which has obvious original features, such as relatively vertical mandibular joint side profile, relatively large size of the lower premolar, and the subfissure tooth has a more developed lower heel remnant, consistent with the hidden saber-toothed tiger (Machairodus aphanistus) distributed in Europe.

Previously, most of the late Miocene sabertooth tiger materials reported in China were Machairodus palanderi and Machairodus horribilis.