Amid uproar over the Centre’s farm laws, Rashtriya Kisan Mazdoor Sangathan’s V.M. Singh chaired a meeting of a farmers delegation. 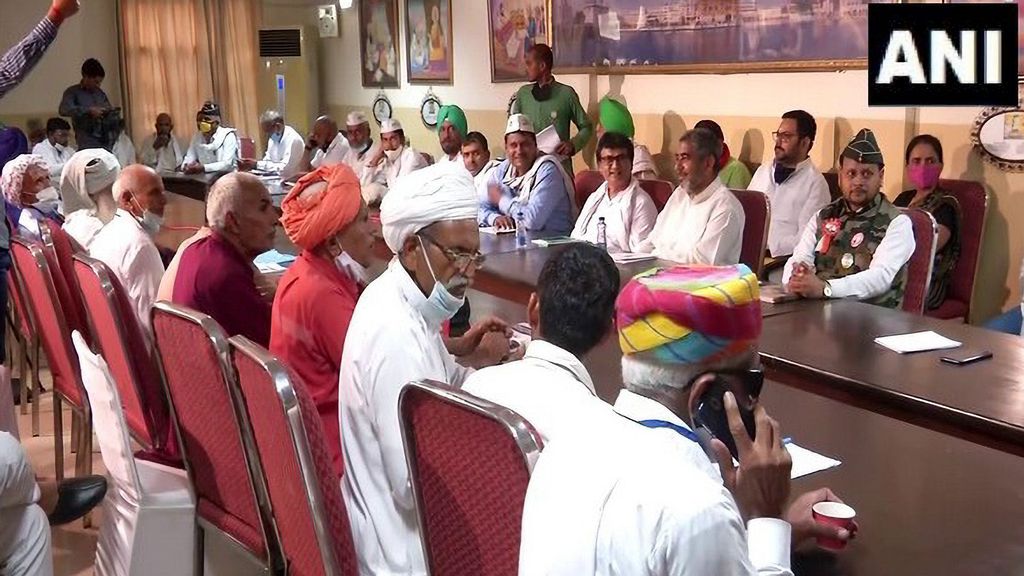 Around 100 farmers’ organizations from different states participated in the meeting at Rakabgunj Gurudwara to hold discussions over farm laws.

“We are ready for talks, but the dialogue will not happen in closed rooms. It will happen in front of televisions. The nation must see what dialogue is going on. Tomorrow, we will write a letter to Prime Minister Narendra Modi mentioning these issues, and we will say that if they are concerned about the farmers, then he must show it.”

He said that no dialogue exists between the farmers and the government, and it is neither good for the country nor the farmers.

“This meeting is to tell Narendra Modi Ji that even if we are not protesting at the borders, we are still against the bills,” said Singh.

The farmer leader said they are demanding four amendments to the farm laws.

“We are demanding four amendments to the laws,” said Singh.

“We want amendment in the jurisdiction of the court as we want it to be there. Secondly, we want the government to clarify that farmers’ land is not at stake in any kind of agreement. Thirdly, the guaranteed price will be a minimum support price (MSP) as per the contract act. Lastly, instant payment should be done at the time of buying the crops from farmers.”

He said that the government must agree to the four amendments.

Singh demanded that criminal cases against farmers who were protesting since November last year should be withdrawn.

Farmers have been protesting on different borders on the National Capital since Nov. 26 last year against the three newly enacted farm laws: Farmers’ Produce Trade and Commerce (Promotion and Facilitation) Act, 2020; The Farmers (Empowerment and Protection) Agreement on Price Assurance and Farms Services Act 2020 and the Essential Commodities (Amendment) Act, 2020.

Farmers have been protesting on the different borders of the national capital since Nov. 26, 2020, against three farm laws.

The last protest by farmers, on Jan. 26, the country’s Republic Day, had turned violent despite farmer leaders assuring they would ensure no clash breaks out.

Some protesters broke barricades to enter New Delhi and clashed with police in several parts of the national capital. They reached Red Fort— a 17th-century Mughal fort from which India’s prime ministers deliver the Independence Day speech—and took down Indian’s national flag to hoist their own flags.