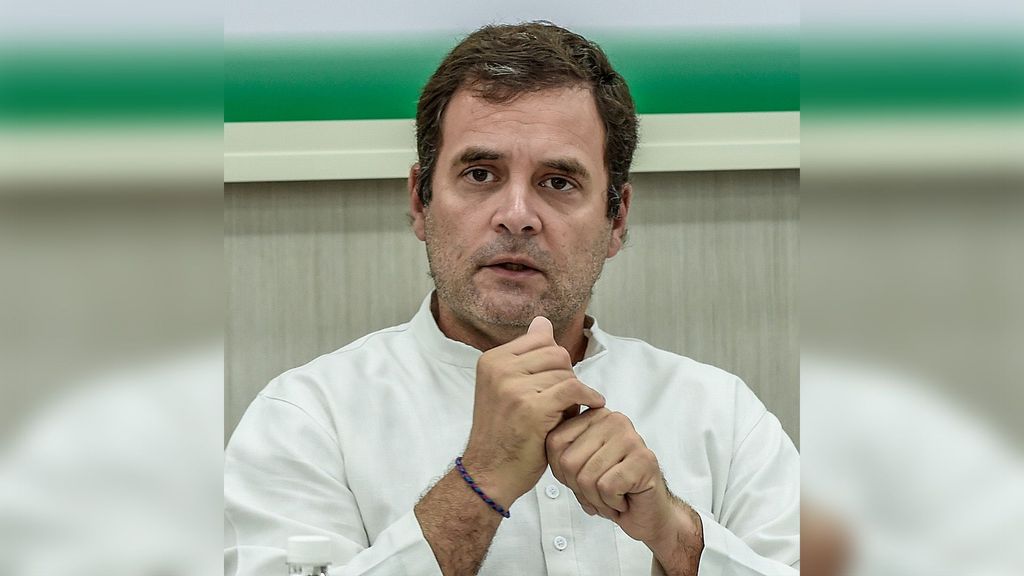 Rahul Gandhi on Aug 3 assured his support to the family of the minor girl who was allegedly raped, murdered, and cremated without her parents' consent in Delhi's Old Nangal crematorium. (Atul Loke/Getty Images)

The body also sent a notice to Twitter India asking them to take action against the Twitter handle of Gandhi for revealing the identity of a rape victim from Nangal in the national capital Delhi.

“The child rights body took action after taking cognizance of reports saying the Congress leader sabotaged the identity of the minor rape victim by posting the photograph of her parents on a microblogging site,” tweeted Priyank Kanoongo, Chairperson of NCPCR.

The NCPCR chairman also posted a copy of the letter issued to Twitter India.

“The Commission has received a complaint in which it has been brought to the Commission’s notice that a photo of minor girl victim’s family has been posted with the caption stating that they are the father and the mother of the victim child on the Twitter handle of Rahul Gandhi,” the NCRCR letter said.

“In the said photo, the faces of the victim’s father and mother can be seen, which thereby reveals the identity of the minor girl victim.”

He also demanded that the NCPCR take strict action against the Congress leader under the POCSO Act.

The comments came soon after Gandhi met the family of the minor girl who was allegedly raped, murdered, and cremated without her parents’ consent in Delhi’s Old Nangal crematorium.

Gandhi, on Aug. 3, assured his support to the family of the minor girl who was allegedly raped, murdered, and cremated without her parents’ consent in Delhi’s Old Nangal crematorium.

He also tweeted about his meeting and shared a picture of him with the victim’s parents.

On Aug. 1, a nine-year-old girl was allegedly raped and killed by a priest and three employees of a crematorium near Delhi Cantonment in southwest Delhi, the Delhi police said.

“My daughter was raped and brutally murdered,” said the victim’s mother. “The accused blatantly lied that she was electrocuted. I want my daughter back.”

Delhi Police registered a case against four accused on the basis of the statement of the minor’s mother, who alleged that her daughter was raped, murdered, and cremated without their consent on Aug. 1.

The accused persons have been booked under Sections 302, 376, and 506 of the Indian Penal Code, along with the relevant sections of the Protection of Children from Sexual Offenses (POCSO) Act and the Schedule Caste/Schedule Tribe Act.