India's Representative to the UN said the nation has been repeatedly cautioning against the possibility of terrorist entities.
By Zenger News Desk August 5, 2021
Facebook
Twitter
Linkedin
Email 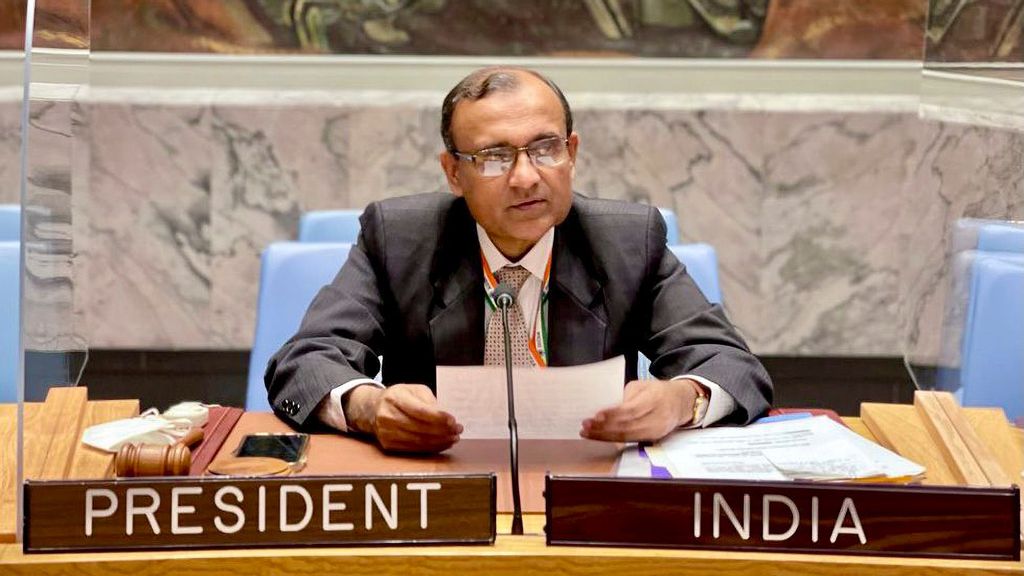 NEW YORK — T.S. Tirumurti, India’s Permanent Representative to United Nations, said that India has repeatedly been cautioning against the possible terrorist entities and individuals who have the accessibility of gaining chemical weapons.

“Since we joined the Council in Jan. 2021, India has repeatedly been cautioning against the possibility of terrorist entities and individuals gaining access to chemical weapons,” said Tirumurti addressing a United Nations Security Council briefing on Syria (Chemical Weapons).

“We are concerned at the frequent reports of a resurgence of terrorist groups in the region. As we have learned from the consequences of complacency against terrorism in the past, the international community cannot afford to ignore terrorist activities in Syria and the region.”

He said that India is against the use of chemical weapons by anybody, anywhere, at any time, and under any circumstances.

India has consistently maintained that any investigation into the use of chemical weapons must be impartial, credible, and objective, following scrupulously the provisions and procedure embedded in the Convention, and in conformity with the delicate balance of power and responsibility enshrined under it to establish facts and reach evidence-based conclusions.

“We encourage Organisation for the Prohibition of Chemical Weapons to strictly adhere to these parameters,” the envoy said.

India views the Chemical Weapons Convention as a unique, non-discriminatory disarmament instrument that serves as a model for the elimination of an entire category of weapons of mass destruction.

“We attach high importance to the Chemical Weapons Convention and stand for its full, effective and non-discriminatory implementation. We support collective efforts by all to ensure that the credibility and integrity of this Convention are maintained to the fullest,” Tirumurti said.

Meanwhile, India on Aug. 1 assumed the rotating presidency of the United Nations Security Council and will be hosting signature events related to maritime security, peacekeeping, and counterterrorism during the month.

“Although almost eight years have now passed since the adoption of resolution 2118 (2013), there is still work to be done before this resolution can be considered fully implemented,” said Thomas Markram, Deputy to the High Representative for Disarmament Affairs.

Resolution 2118 calls for Syria to cooperate with the UN partner, the Organisation for the Prohibition of Chemical Weapons, and allow access to its territory.

“The members of the Action Group are committed to the sovereignty, independence, national unity, and territorial integrity of the Syrian Arab Republic,” said the resolution.

“They are determined to work urgently and intensively to bring about an end to the violence and human rights abuses and to facilitate the launch of a Syrian-led political process leading to a transition that meets the legitimate aspirations of the Syrian people and enables them independently and democratically to determine their own future.”

Prime Minister Narendra Modi will chair a virtual high-level open debate on maritime security on Aug. 9. President of the Democratic Republic of the Congo and African Union president, Felix Antoine Tshisekedi Tshilombo, will participate in the event, given the importance of maritime security for Africa.