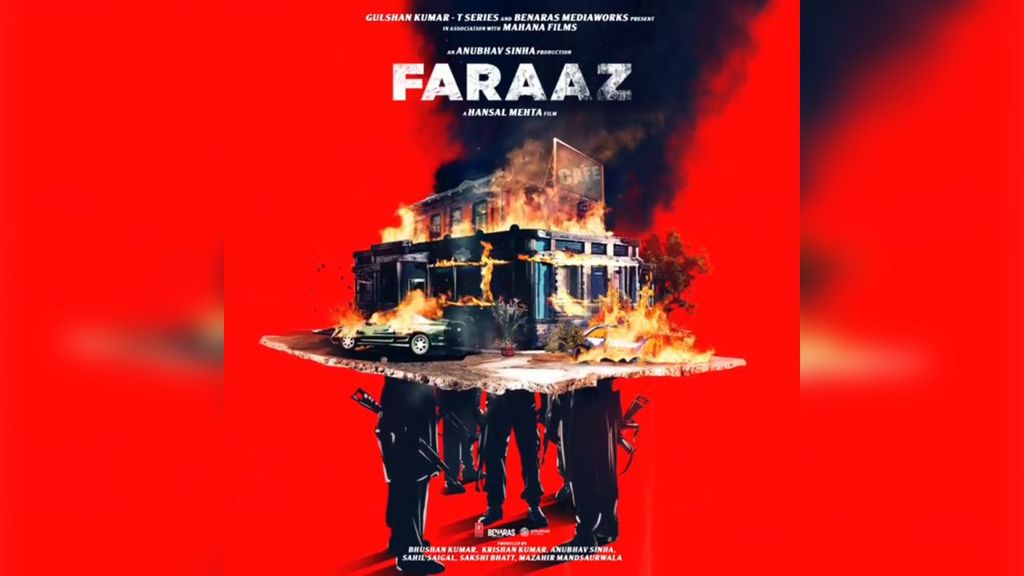 This collaboration between Mehta, Sinha, and Kumar chronicles the events that took place on the night of July 1, 2016, in Dhaka, Bangladesh, where five young militants ravaged the upscale café holding several people as hostages for nearly 12 dreadful hours. The attack killed 22 people.

Mehta shared the news of his new directorial project via a video on his Twitter handle. The 23-second animated teaser starts with a bomb blast at the café while showcasing the gory surroundings with a chilling background score.

In the face of violent adversity, humanity wins!
Excited to collaborate with @anubhavsinha and #BhushanKumar on our labour of love #FARAAZ.
Featuring an exciting ensemble including the gifted @zahankapoor and @adityarawal1 on screen! pic.twitter.com/MPk1Z585XW

“In the face of violent adversity, humanity wins! Excited to collaborate with @anubhavsinha and #BhushanKumar on our labor of love #FARAAZ. Featuring an exciting ensemble including the gifted @zahankapoor and @adityarawal1 on screen!” he wrote.

The video ends with a voiceover that says, “Insaan jab mazhab ke naam pe maarega na, woh mazhab ko maarega.” (When a person kills in the name of religion, he will kill the religion itself).

Speaking about the movie, Hansal revealed the plot of “Faraaz.”

“Faraaz is a story of deep humanity and its ultimate triumph in the face of violent adversity,” he said.

“While it is based on true events, it is also a deeply personal story that I’ve held close to my heart for nearly three years.”

The movie will feature an ensemble of fresh faces and mark the debut of Kareena Kapoor Khan’s cousin — Zahan Kapoor, along with the one-film-old Aditya Rawal.

Excited about the collaboration, Sinha said the film would give the audience insight into the café attack on July 1, 2016.

“It is a film that is close to our hearts,” he said.

“From launching new actors to getting the gaze of the film right, we have done our best to imbue this story with ingenuity while keeping it suspenseful and thrilling.”

“It’s a film that will give the audience a deeply intimate look into what happened that night. It is as much a story of terror and loss as it is of hope and faith.”

“When one is making a film like Faraaz, the first mainstream film made on this horrific attack, from ensuring that we are authentic to the event to getting the right mix of talent, our endeavor is to truly do justice to the subject and elevate the material to a satiating and thrilling cinematic experience.”