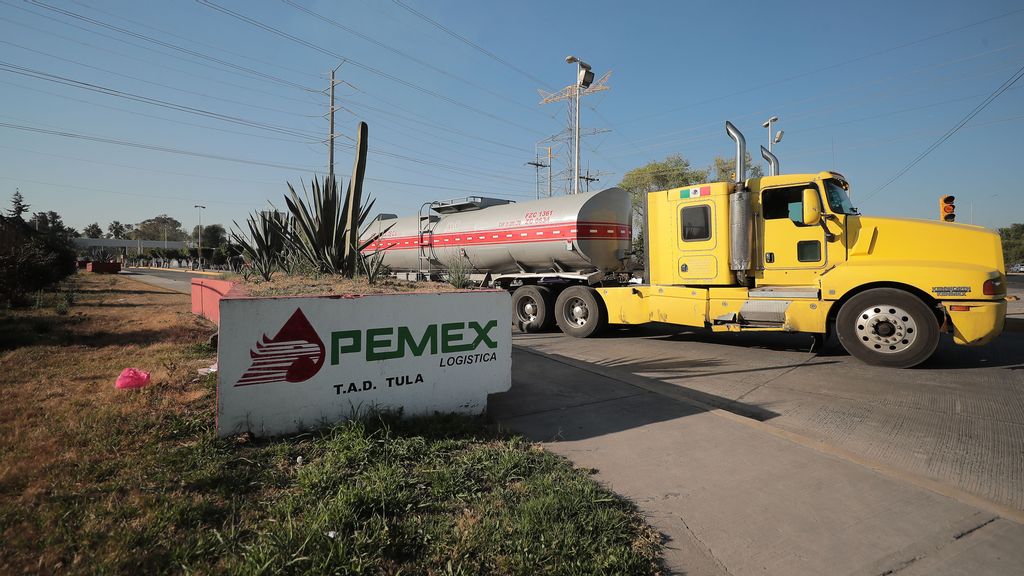 Pemex is the primary supplier of oil in Mexico. The state-run company works in oil and natural gas exploration and extraction and generates approximately 2.5 million barrels of oil per day as well as more than 6 million cubic feet of natural gas. (Hector Vivas/Getty Images)

On July 2, the “Eye of fire” incident in the Gulf of Mexico, in which a natural gas pipeline exploded and the seawater appeared as though it had caught fire, left many wondering if the event could have been avoided, and if Mexican nationalism might play a leading role in the environmental disaster.

Pemex is the primary supplier of oil in Mexico. It works in oil and natural gas exploration and extraction and generates approximately 2.5 million barrels of oil per day as well as more than 6 million cubic feet of natural gas, according to its official website. In 2019, Mexico accounted for almost nine percent of U.S. crude oil imports, according to the U.S. Energy Information Administration, the statistics agency of the U.S. Department of Energy. The explosion at one of Pemex’s fields brought the world’s attention to its workings.

The fire took place in the Ku-Maloob-Zaap oil field, home to many of Pemex’s most productive current operations. The rights to tap into the natural-gas rich seabed in the Zama field were awarded to a consortium of international oil companies in 2015.

The Zama field is a section within the Ku-Maloob-Zaap. Once Pemex and the Mexican government became aware of the scale of the natural gas stored in this field, Pemex made a bid to unitize it. Under Mexican jurisdiction, Pemex would be allowed to take it over and become the main operator.

“The Zama field was discovered thanks to the Energy Reform that took place in 2013,” Isidro Morales, a non-resident scholar from Rice University’s Baker Institute Center for Energy Studies, told Zenger.

When no agreement was reached between the consortium and Pemex, the decision to unitize the field was handed over to Rocío Nahle García, Mexico’s secretary of energy, who passed on the responsibility to Pemex. Nahle García chairs the Board at Pemex, a fact that strengthens the bond between the government and the state-run company.

After a fire on an oil rig in the southern Gulf of Mexico in April 2015, the Mexican government’s decision to give Pemex operating rights to drill in the area came as a surprise to the international consortium, said Morales.

Over the past nine years, there have been several incidents involving the company. One of the most severe took place on April 20, 2016, when an explosion at the Chlorinate 3 plant in Coatzacoalcos killed 28 people. At the same time, the Mexican government has a tight arm around Pemex, sheltering it at all costs.

“Since this administration [took power], Pemex has become highly protected by the new government,” Morales told Zenger, noting that AMLO’s government was willing to give the rights to drill in the Zama to Pemex rather than to the U.S., German and British oil consortium.

“What’s really discouraging for the consortium is that they had an alleged 60 percent of the Zama field, and now, the Mexican government says that Pemex has 51 percent of the field,” Morales said. As a result, Pemex now has majority stake, which gives it the upper hand while showing foreign investors that the government has the final say and the power to go back on previous agreements.

“We don’t know if the consortium is going to litigate the decision through the USMCA [the renegotiated NAFTA] or accept the decision [by the Mexican Secretary of Energy],” Morales said.

To stop the fire after the explosion, Pemex had to close the Zama field, according to Morales. The inferno on the ocean made world headlines.

Morales said there’s always risk associated with the fossil fuel industry, but Pemex didn’t invest much of its budget to upgrade its infrastructure. If it had, Morales said the blaze could have been avoided. “There was a problem with maintenance … [they had to] either upgrade their refineries or upgrade the infrastructure in their oil fields,” he said.

“Pemex is working with a very tight budget, and they channel a lot of money to increase production,” he said. Pemex’s allocation of funds was used to increase production to meet AMLO’s ambitious goals rather than do maintenance on unstable equipment, which ultimately led to the leak, said Morales.

“Almost every country has reneged deals or changed its policy when the price of #oil goes up or after a major discovery,” @CES_Baker_Inst‘s @fmonaldi told @HoustonChron, calling Mexico’s seizure of U.S.-discovered oil “a recurring lesson in #LatinAmerica.”https://t.co/1f1XsHFG5A

The current Mexican government’s undying support for Pemex may leave foreign oil companies and investors wary. “The Zama affair has raised questions on the other side of Mexico’s northern border and is making firms ponder the risks of doing business in the country,” Adrian Duhalt, a postdoctoral fellow in energy studies at Rice University’s Baker Institute, told Zenger.

“The designation of Pemex as the operator of Zama is the most recent example indicating that resource nationalism is on the up in Mexico,” he said. It explains the decision by Nahle García to grant Pemex the majority stake in the Zama field and operating rights.

“The fire near an offshore oil platform in the Gulf of Mexico on July 2 made industry observers at home and abroad wonder if such an incident could have been avoided,” Duhalt said. “That is a reasonable doubt given that the company’s tight finances could have compromised maintenance of facilities, including those located off the Campeche coast. But on the other hand, one must consider that accidents occur in the oil and gas industry.”

Pemex attributed the accident to lightning strikes and gas on the ocean surface.

Oil extraction is often dangerous. “The process of extracting fossil fuels from the earth is not as clean as we would like, and occasionally these kinds of accidents happen,” David Sacco, practitioner in residence at Pompea College of Business, University of New Haven, told Zenger.

Yet, questions remain about Mexico’s handling of the industry and pressure from the government to increase production to line the nation’s coffers, a strategy it has used in the past to boost revenue.

“Is this an accident that happens in the course of normal operations, or do investors look at this as being something very specific to Pemex and the Mexican regulation system?” Sacco said.

Pemex has been state-owned since 1938, when then-President Lázaro Cárdenas nationalized it. It has been a symbol of sovereignty and a source of government revenue since, reaching its heyday in the 1970s. In the past two decades, it has lost prominence and production capacity.

In 2013, then-president Enrique Peña Nieto launched the Energy Reform, part of which would grant concessions to foreign oil companies to bid for participation in Mexico’s industry at different levels, after seven decades of protectionism. But AMLO has publicly expressed his disagreement with the reform and his belief that Pemex should continue to belong to Mexicans, with direct government control over it.

“The fact that the energy secretary is part of Pemex and part of the agency regulating that part of the Mexican economy, that’s certainly not something we’re accustomed to in the U.S., at least as overtly as that,” Sacco said, adding that Nahle García’s position on the board of Pemex while serving as energy secretary amounts to “nepotism.”

The consensus is that only time will tell how investors will respond to the situation and if there will be economic repercussions.

“If we uncover that it’s a weakness of regulation or some seriously overt corruption, where they awarded a contract knowing that the company couldn’t do it or do it properly, then that’s an issue, but if not, then I don’t think it will have as much of an economic impact,” Sacco said.

At the same time, as Morales said, there’s talk that foreign investors, including in the energy industry, may see Mexico as too risky if the government can walk back on agreements under the banner of “nationalism.”