Dried Peppers Are The Secret Ingredient In Mexican Gastronomy

Many kitchens also use jars of dried chili peppers as a decorative motif. 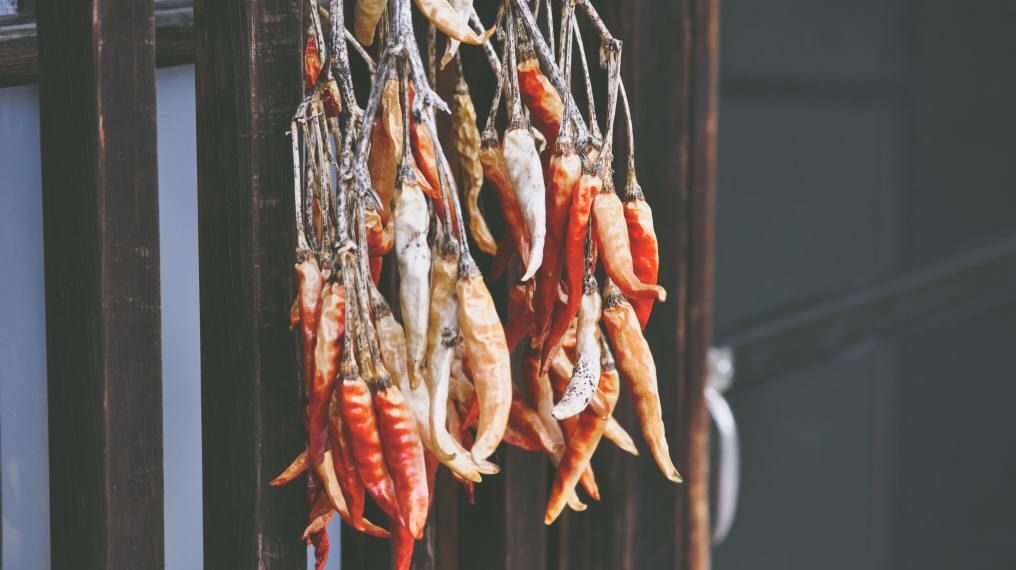 Many dishes in Mexican cuisine use dried or dehydrated peppers as their main ingredient.

“Many [dishes] could not exist [without dried chilies]. Each pepper has an indisputable and unique flavor,” said Elvia Prieto Mendoza, a gastronomy graduate from Le Chef College in Boca del Río, Veracruz.

Mexico has a variety of about 50 types of dried chilies. The most popular are árbol, pasilla, morita and ancho. Some are more used than others, but none is less important.

“Whether in a stew, for a broth, or simply for a taco sauce, dried peppers are the best accompaniment to Mexican dishes,” Prieto Mendoza said.

What is striking is not their heat but the flavor they add.

“Few dried chilies are really hot; most only give a particular flavor to meat, chicken or fish,” said Prieto Mendoza.

Dried chilies are the main ingredient in stews and salsas. They are also essential in mole, the most famous sauce in Mexican cuisine.

“When I go to the market, I try to buy the ones I regularly use: pasilla, ancho, morita, cascabel, árbol, chipotle and guajillo. I keep them in the refrigerator, wrapped in paper inside a plastic bag so they do not lose their spice and flavor,” said Sonia Arriaga Aponte, a housewife living in Veracruz.

To cook dried peppers, boil them and mix them with other ingredients. An adobo, for instance, is a sauce made blending boiled ancho chili with tomato, garlic, onion and other spices. Mexicans use adobos for cooking pork, turkey, fish or chicken.

“I use dried peppers in Christmas to make the adobo,” Arriaga Aponte said.

Pork adobo leg is a traditional celebration dish, but it is not the most popular use of dried peppers.

“I make canned sweet chipotles. This pepper is strong and spicy. [When I can them], I use brown sugar, cinnamon and aromatic herbs. Mexican food could not exist without them,” Arriaga Aponte said

For centuries, Mexicans have enjoyed chili peppers as part of their daily diet. Today, they give each pepper its own name in its dry form.

A fresh jalapeño becomes a chipotle when dried or pickled. Dried poblanos are ancho peppers and dried bola, cascabel. Colorado peppers are dehydrated Anaheim and the popular guajillo is called mirasol when fresh.

«Previous Post
Building Success In Chicago, One Panel At A Time»Next Post
Technology: A Double-Edged Sword For Mexicans In Lockdown