Code Of Conduct In South China Sea Should Be As Per International Law: India’s Foreign Minister 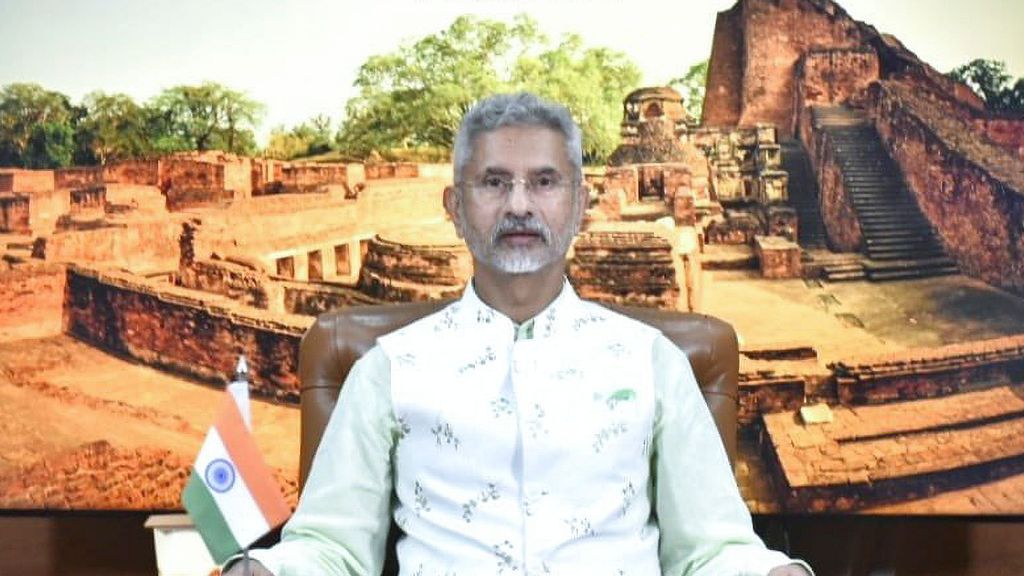 Without singling any country out, the minister stressed that the Code of Conduct on the South China Sea should be in line with the United Nations Convention on the Law of the Sea.

“Stressed that Code of Conduct on the South China Sea should be fully consistent with UNCLOS (United Nations Convention on the Law of the Sea) 1982. Should not prejudice legitimate rights and interests of nations not a party to discussions,” the minister said in a tweet.

This comes amid China’s growing assertiveness in the South China Sea. Beijing continues to claim sovereignty over much of the South China Sea and has overlapping territorial claims with Brunei, Malaysia, the Philippines, Vietnam, and Taiwan.

Jaishankar’s remarks come as a task force of four warships from the Indian Navy’s Eastern Fleet is scheduled to proceed on an over two-month overseas deployment to South East Asia, the South China Sea, and Western Pacific, which will include exercises with Quad partners the United States, Japan, and Australia.

During the East Asia Summit meeting with his counterparts, Jaishankar also supported the Association of Southeast Asian Nations’ five-point consensus on Myanmar and welcomed the appointment of Special Envoy.

“Supported the ASEAN five-point consensus on Myanmar and welcomed the appointment of Special Envoy. Noted the growing Covid-19 challenge faced by ASEAN (Association of Southeast Asian Nations) and conveyed our support and solidarity,” he said.

Jaishankar said he participated in a substantive and fruitful Association of Southeast Asian Nations-India Foreign Ministers Meeting on Aug. 5.

“Much of India’s interests and relationships now lie to its East, a testimony of its ties with ASEAN. Looking forward to an early review of our Trade in Goods Agreement,” he said.

The minister also proposed 2022 as the ASEAN-India friendship year for the 30th anniversary.

India also called for the acceleration of regional connectivity projects with members of the Association of Southeast Asian Nations, which includes the familiar trilateral highway road tying together Indian, Myanmar, and Thailand.

Indian has provided Myanmar with assistance laying a total of 1360 kilometers (845 miles) of the highway, which is expected to generate revenues, employment and forge connections of India with the trans-Bay of Bengal countries. The four-lane highway—still in the works on several infrastructural fronts—will run from Moreh in India’s Manipur all the way down Mae in Thailand.